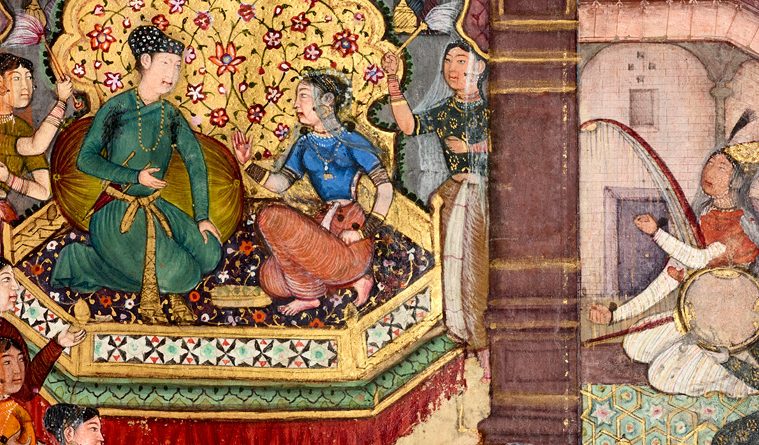 The Statement: Islamic Art Gets Prime Real Estate at the DMA 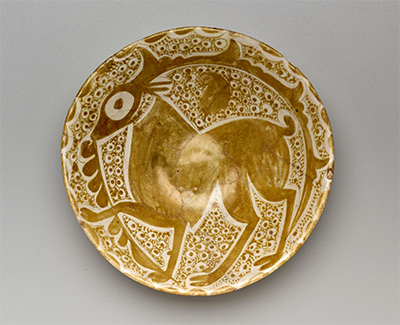 In most respects, the recent unveiling of a dedicated Islamic art gallery at the Dallas Museum of Art was a straightforward, self-evidently happy occasion. Encyclopedic museums exist to exhibit, study and care for the best art they can find from as many cultures and periods as they can responsibly and compellingly cover. Since Islamic art spans 13 centuries and three continents from the Western Mediterranean to South Asia, any encyclopedic art worth its salt should want to devote “prime real estate,” as DMA director Agustín Arteaga dubs the gallery’s ground-floor location near the admissions desk, to a long-term loan of one of the world’s most important private collections of the material, on view through April 28, 2019.

The collection’s many rarities include fragments of paintings from 12th-century Fustat, the first Muslim capital of Egypt; intricately painted pages from the 14th-century “Great Mongol” version of the Shahnama (“Book of Kings”), an epic poem written by the Persian poet Firdausi between about 977 and 1010; and a jaw-dropping ewer cut from a single piece of rock crystal in late 10th- to early 11th-century Egypt, one of just seven known rock crystal ewers of its caliber from the entire medieval Islamic world.

“We are still trying to work out: how is it carved?” Al Khemir said. “How do you take one single piece of rock crystal and carve it to the thinness of one millimeter and not break it?” 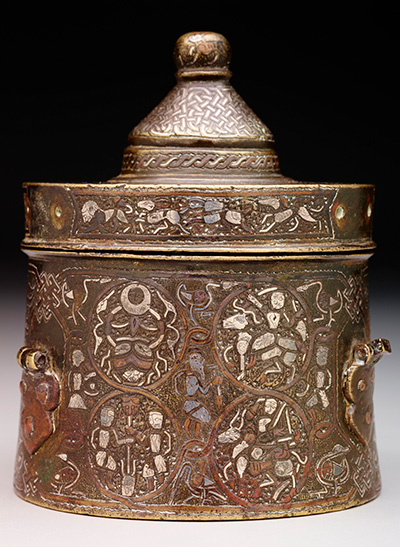 Indeed. And how could any encyclopedic museum not jump at the chance to be home not just to the only ewer of its type now in the United States but to what is now the country’s third largest repository of Islamic art? (The collection includes nearly 2,000 works from rock crystal to metalwork, ceramics, textiles, carpets, and works on paper.)

Still, there was, at times, an unusually poignant tone to the otherwise celebratory remarks. Pointing to two fragments she described as symbols of “preciousness and fragility,” Al Khemir said, “For me, what is surrounding Islamic culture, especially at this moment in time, is that sense of fragility.”

Al Khemir was likely referring to the violence and political instability gripping many of these objects’ countries of origin. But she also seemed to suggest that opportunities to study Islamic art are rare in many Muslim-majority countries.

That irony undoubtedly reflects, in part, the movement of cultural artifacts during or after the colonial era; some of the objects in the Keir Collection, which is named after the 18th-century British mansion that once housed it, are named after their former European owners. But on another level, it reflects the importance of encyclopedic museums’ missions, especially those, like the DMA and its counterparts across Texas, which serve growing Muslim communities.

Al Khemir may also have been alluding to the precarious situation in which Muslims in the West increasingly find themselves as backlashes against immigrants and refugees play increasingly important roles in elections.

“It’s unfair to give art a political agenda,” Al Khemir said. “Still, I think that at this moment in time we cannot say ‘Islamic art’ and say it’s neutral. Islamic art is now a statement.”

That this is so may, ironically, reinforce the DMA’s newly acquired prestige in the field. Uncertainty over the eventual fate of President Donald J. Trump’s travel ban, for example, could make the ability to borrow Islamic art from an American museum even more appealing, and sponsor Kosmos Energy’s support includes funds for “a prospective touring exhibition,” according to a DMA release. 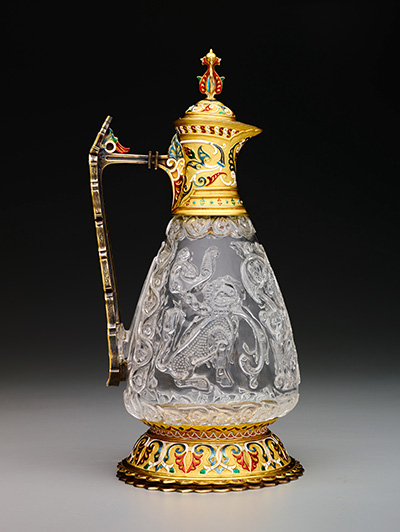 The museum is making a statement of its own with “location, location, location,” Arteaga quipped, noting the gallery’s central first-floor siting. Displacement has already occurred; Arteaga’s popular ticketed exhibition, México 1900–1950: Diego Rivera, Frida Kahlo, José Clemente Orozco, and the Avant-Garde, is split between the first and fourth floors thanks to the Keir Collection’s premium locale. This is as it should be; exhibitions come and go, but rotations notwithstanding, this installation is “permanent—or “permanent,” since everyone took pains to flash air quotes when using that word.

The mixing of traditions is often baked into material culture, and Islamic art is no exception. Al Khemir said her favorite example is the so-called Homberg Ewer, a brass piece inlaid with silver and copper by Ahmad al-Dhaki, a master of metal inlay in Mosul during the 13th century. Its figurative imagery “combines Islamic courtly scenes with Christian saints of dignitaries, including Joseph in the Temple of Jerusalem offering birds in sacrifice,” according to the extended object label. “The ewer may have been commissioned by a Christian patron living in Mosul or visiting Mosul, or given by the Muslim court as a diplomatic gift.”

For Al Khemir, part of what makes the Homberg Ewer intriguing is “the cultural mix that has produced it,” she said. “Some of these objects are a symbol for the period, for the society, for the context that has created them, and they speak volumes. Literally, if you take the ewer and remove the Christian part or the Muslim part, they wouldn’t hold anything.”