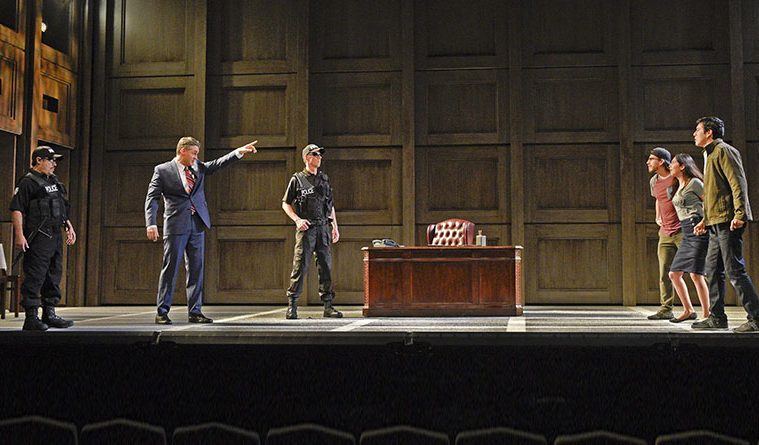 The Troublemakers: A young generation of Dallas theater makers pursue socio-political activism in their work 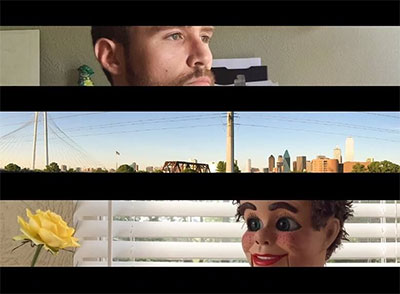 Abel Flores, Jr. with his ventriloquist dummy, Toby, in his ongoing series of performative activism. Photo courtesy of the artist.

Deep in the DNA of theater makers is a strain of rebellion. An art form that can entertain and educate alike, theater can also be a powerful tool for socio-political activism, pushing back on societal flaws or injustices. In Dallas, a generation of young playwrights is beginning to flex dramatic muscle in pursuit of social change, pushing their work past the impulse to create art for art’s sake.

Dallas theater has never felt more vivacious. From pop-up theater events like Shakespeare in the Bar and House Party Theatre to a flurry of new companies formed by recent graduates including Goat Song Theatre Collective and Proper Hijinx, the scene bustles with creation. And this year, perhaps more than ever, a good number of plays throughout the city at events like July’s Festival of Independent Theatres (known redundantly as the FIT festival), the artists at the heart of the scene are throwing punches at heavyweight topics like gentrification, racial inequity, the economy and the political system. It’s all so fitting for the election year.

One such happening at FIT, which runs from July 8-30, is playwright Ted Gwara’s Wealth Management, an absurdist story with roots in the financial crisis that explores ideas of race, income inequality, sexual power and liberation and people who really have what he calls “the fight.” Gwara’s inspiration for the play came from a gym where he works as a trainer. A number of his clients worked on Wall Street the day the stock market plummeted in a matter of minutes.

“I started writing realism, and as I got deeper and deeper into the meat of the story, I realized that there was nothing realistic about any of it,” says Gwara. “I wanted to tell the story of the most capable, intelligent, witty, beautiful, excellent people in an intensely stressful industry who go from the highest point in their lives to the lowest in a split second because that human experience is utterly fascinating.” 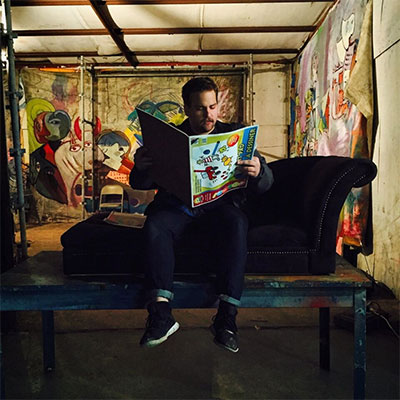 This attitude to challenging subject matter unites much of the work created by artists but the approaches vary. For Abel Flores, Jr. there’s a sense of urgency to issues he’s tackling, the focus of which is racial and gender inequity in theater itself. Recently, Flores found himself the subject of controversy when he posted a link to an article about the Jubilee Challenge, in which Kirk Lynn of Austin’s Rude Mechs called on theater companies to plan an entire season with work written by women. The artistic director of Rover Dramaworks—a Plano company that typically programs work by and about white men—wrote, “Send money.” In response, Flores asked for a dark night to perform a piece in which he interacts with a ventriloquist dummy named Toby, who says the things a human might not say.

“During my performance I planned to expose them and call him out,” says Flores, whose piece became a diatribe about the need for more progressive theatrical leaders. “In this case, you have a company producing oppressive systemic theater and it’s not working.”

Flores asked who in the audience wanted to see more diverse theater; everyone raised their hands. The next day, Flores received a cease-and-desist letter from the company’s lawyer. Later that day he was blocked by the city’s lead theater critic from posting in the community Facebook group, D-FW Theater for “singling out, or attacking a theater.”

“What I’m trying to do,” says Flores, “is start a discussion about how we honor a diverse array of artists. We have the opportunity to be an international theater destination, but we have to allow for an eclectic, diverse theater scene.”

It’s this kind of diversity that Flores and his compatriots are demanding in Dallas. Shelby Allison Hibbs, whose work as a playwright focuses on the political through the personal, believes that theater is the place to step away from the opinion clutter of social media to really allow someone to have a voice. Therefore, it matters, she says, whose plays are chosen for production.

“There may not be censorship in professional companies but they will choose whose voices matter by the playwrights they pick,” says Hibbs. “They will choose what protagonist’s journeys are worth the watching, they will choose what archetypes are worth your gaze by what seasons they choose. And we all know what overwhelming perspective is presented in theatre practices. They may not censor a woman’s or an African American’s words or stories, but they will choose to not produce their plays. And I know that there are many factors that go into deciding what gets produced, and that money is tight, and there are boards, and all of these other considerations. But choosing a play for production is a political choice, because that point of view, that representation of humanity will be put forth to the public. Who gets represented? Who remains invisible?”

Hibbs and her compatriots know we have a long way to go and that hopefully it will start from the top down. This is something Dallas Theater Center recognizes. In May, North Texas’ largest company partnered with the Latino-centric company, Cara Mia Theatre, to develop and produce Deferred Action, a play that explores issues surrounding immigration. It’s a start toward racial diversity, but what about gender? In the year 2016, DTC will produce just one play written by a woman of the seven it produces, and the nine person acting company includes just three women. These choices, conscious or otherwise, are similar for many companies in Dallas and beyond.

“As a machine for socio-political change, theater as an art form in particular needs to change,” says Gwara. “People on one side of the income inequality argument write and perform works about their side and their allies come to see it and support them and dig their trenches deeper and so no one ends up really affecting anyone except to deepen each other’s pre-existing belief structure.”

For these artists, most of whom are social media-saturated millennials, theater is more vital than ever for its ability to draw attention to these issues through the power of character and storytelling. But it matters who is allowed to tell their story, which is exactly why artists like Gwara, Hibbs and Flores and their colleagues are pushing back on existing systems.

“If we as the next generation want to most strongly and directly impact social change, two things need to change,” says Gwara. “Who sees the art must become a drastically more diverse pie chart and what the art attempts to do must become more precise and subtle.”