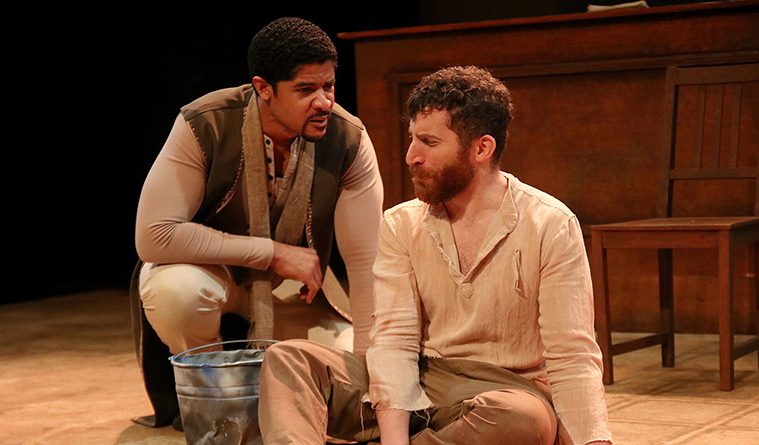 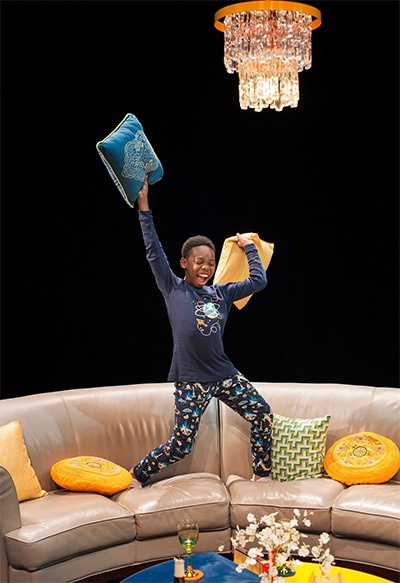 As the Texas Gulf Coast begins the rebuilding process after the catastrophic damage of Hurricane Harvey, so too has the local theater community. While much of the city’s theater companies were immune to flooding and water damage, the aftermath of Harvey reveals the challenges that theater companies are experiencing in the wake of the storm. While every local arts organization faces a unique road to recovery, the last few weeks have been particularly detrimental to emerging companies.

As I discussed in my HowlRound essay, “When Disaster Strikes: The Aftermath of Hurricane Harvey on Houston’s Small Theatres,” the impact of Harvey on Houston’s small and new theater companies has been troubling. The effects of cancelled shows and evacuations will likely take their toll on these organizations. Many of these companies rely on ticket sales, don’t have deep donor bases, and aren’t grant funded. Moreover, new companies are often still fighting to establish themselves in Houston’s robust arts scene. Hurricane Harvey, coupled with the increasing difficulties of producing non-profit theater in Houston, poses a unique set of challenges that have already begun to push these companies to their limits.

Here, I continue exploring the impact of Harvey on small and new theater companies, focusing on companies that opted to continue the runs of their shows during the September 1-3 weekend following Harvey. Gravity Players, Dirt Dogs Theatre Co., and Firecracker Productions showed that, even in times of crisis, the show must go on.

New company Gravity Players was forced to cancel four performances from weather caused by Harvey. The company launched onto the local scene this summer with its production of The Last Days of Judas Iscariot by Stephen Adly Guirgis. The show received rave reviews, was one of the city’s must-see shows, and most importantly, was set to turn a profit before Harvey hit. They were on track to make enough money to produce another show and pay everyone involved a living wage.

For Gravity Players founder Courtney Lomelo, who is giving a tour-de-force performance as Fabiana Aziza Cunningham in Judas Iscariot, Harvey has been devastating to the company:

“We worked for months and months on this show. The front end production, rights, putting people in place, fundraising, marketing, rental and rehearsal space, tech, rehearsals, photo shoots, interviews, etc. etc. We really put our blood, sweat and tears into this project, hoping to strategically plan a very successful show that would launch us into the theater community as a solid theater group and very importantly, to make back the money we have spent producing Judas in hopes to put it into another production and pay everyone a living wage.”

To make up for the loss of shows and income, Gravity Players added a special Monday evening Labor Day pay-what-you-can performance and extended their run to Saturday, September 9. While they were averaging about 100 people per show before Harvey, post-storm audiences dwindled to about 40 people per performance. “I am grateful that we could be there for the people that wanted to attend,” says Lomelo. “However, the momentum lost was a detriment to Gravity Players.”

Dirt Dogs Theatre Co. was set to open their second season with Yasmina Reza’s Life X 3 when Harvey forced the company to cancel all performances on opening weekend. Instead, the show opened on Thursday, August 31 with a pay-what-you-can benefit performance with all proceeds going toward a Hurricane Harvey relief fund. Dirt Dogs played at MATCH, the city’s new five venue arts facility that many smaller companies call home. On a typical weekend night, MATCH is abuzz with patrons congregating in the lobby area before seeing a variety of performances. Last weekend, Dirt Dogs was the only company to perform in the venue.

While the company performed a three-show weekend, attendance was much lower than the company typically sees, with audiences in the high teens and low twenties. “In addition to the financial losses, our show suffered artistically with a prominent cast member and crew that were unable to be with us due to hurricane damage,” says Executive Director Trevor B. Cone. “To prevent further cancellations, substitutions were made with our director performing the role on book and our Artistic Director filling in backstage.” On Monday, Sept. 4, Dirt Dogs did an Industry Night show that doubled as another fundraiser for Harvey relief. This was the first performance with their full cast. The company remains optimistic that they can build momentum for a successful closing weekend. 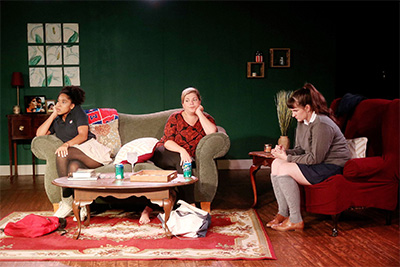 Firecracker Productions was in the middle of their run of Crooked by Catherine Trieschmann when Harvey hit. Firecracker performed at Obsidian Arts Space, which had no water damage despite flooding during Allison in 2001, allowing them to finish their run with a reduced one-show weekend. The closing show on Saturday, Sept. 2 was pay-what-you-can and a portion of ticket sales went towards the Hurricane Harvey Relief Fund. Unlike the other companies that performed last weekend, Firecracker had their biggest audience of the run, primarily comprised of millennials—the company’s usual patronage. Speaking of their Saturday closing performance, founder Sammy McManus noted that the audience was by far the most receptive audience of the run: “Crooked is a really interesting piece because it is open ended; the characters don’t experience any real closure. That said, our audience was engaged for the entire show, which can be a struggle when it’s 90 minutes with no intermission.” Despite a successful opening weekend and closing performance, the company suffered from cancelling four shows. The ticket revenue is critical and leaves McManus and Firecracker with many questions going forward.

Even so, it is too early to tell what the financial impact of Hurricane Harvey will be on these smaller companies. According to Trevor Cone, “It will be another couple of weeks before we know the full financial toll the storm has taken on us, but it will be significant. Cancelled performances and lost momentum are detrimental to small budget arts companies like Dirt Dogs.”

For Gravity Players, the company is hoping to boost their GoFundMe campaign to 100% of their goal in order to maybe break even. They currently have reached 75% of this goal. Even so, the new company would essentially be starting from scratch yet again. No matter how next weekend’s show plays out, Harvey has been a financial blow to the company.

Similar to Gravity Players, Firecracker Productions now shifts its focus to its annual fundraiser, which is crucial if the company wants to continue given they are not grant funded. “We were gearing up to start pushing it,” says McManus, “but it doesn’t feel right to ask people for money with everything that has happened in the last couple weeks.”

Like many I spoke to, Lomelo calls for the Houston theater community to not forget about companies such as Gravity Players: “Small theaters need the support of the community at this time.” Indeed, while communities in Houston begin the rebuilding and healing process, theater is as important now as it ever has been, even if to provide a brief respite from the chaos happening around us. You can help support the arts right now by contributing to the Harvey Arts Recovery Fund.