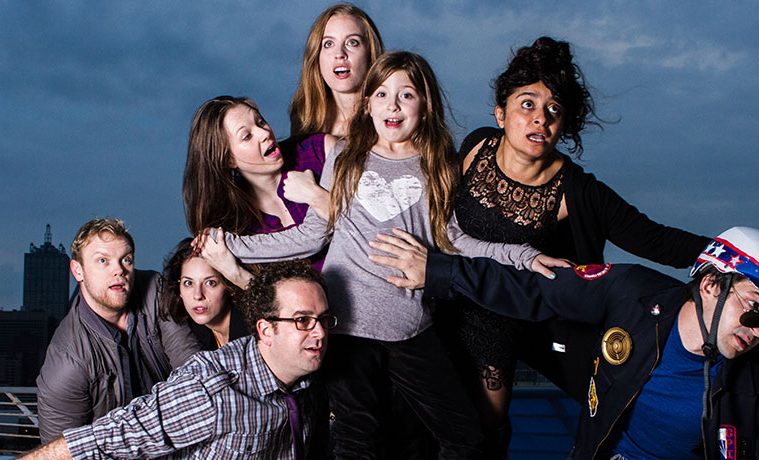 Review: Theatre Three – On the Eve

IMAGE ABOVE: Theatre Three, On the Eve.   Photo by Jeffrey Schmidt. 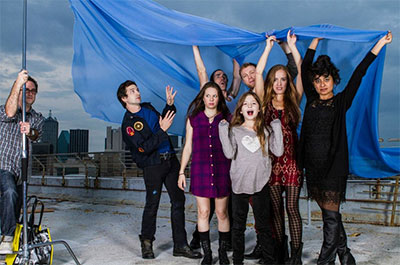 DALLAS-A year ago in the tiny Margo Jones Theatre in Fair Park, a brand new musical swept up Dallas audiences into a time-traveling story. On the Eve soared high above other theater productions that year with piano-driven indie rock music at its core. Through Feb. 9, the magic of discovery is back at Theatre Three with an even stronger musical score and robust design elements. Just know you’re not walking into a musical, but a post-modern, wanderlust rock concert.

On the Eve is the project of musicians Seth and Shawn Magill and playwright Michael Federico. The husband-wife duo of Seth and Shawn front the local band Home by Hovercraft, from which the show derives its songs. With the addition of Federico’s book, On the Eve plays like a vivified concept album. 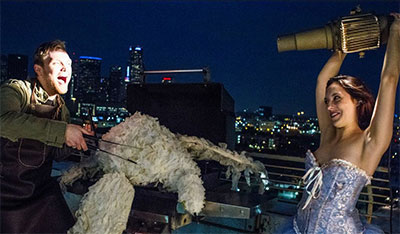 The narrative centers around Joseph (Montgomery Sutton), an inventor hellbent on creating a time travel machine. He’s living in Marie Antoinette’s pre-revolutionary France and even receives money to work on the machine from the queen and her daft husband King Louis XVI. All the while, the play’s ringmaster Talking Man (Gregory Lush) narrates the story, thereby controlling the action.

Enter Chase Spacegrove (Seth Magill), space-traveling hero, who charms the knickers off Queen Marie (a beguiling Martha Harms) and assists Joseph with his invention, informing him that the machine will only work with blood sacrifice. Spacegrove also befriends a woman whose role Talking Man describes as, “You look pretty and you bleed.” The characters begin to revolt against the show-within-the-show and Spacegrove, Joseph, and the statue venture to a different time period. Sound a bit convoluted? The second half only grows more pedantic. 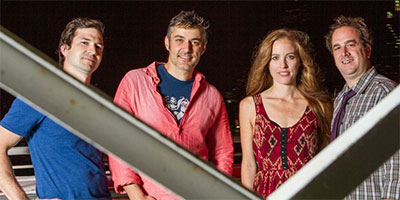 Federico’s book waffles between the frivolity of a play-within-a-play and a time-travel narrative that delivers fierce commentary on our understanding of history. But it never really attaches itself to either one. In the end, when Talking Man’s fate is determined and his attempts to control the narrative are squelched, the resolution is nil. (Plus, if you weren’t paying really close attention, you may have missed the line about the necessity of a blood sacrifice.) The script is tinged in a sophomoric, pretentious, postmodernist skepticism.

Yet somehow, On the Eve has the inexplicable power of attending a pulse-pounding rock concert on the arm of someone with whom you just realized you are hopelessly in love. It inspires the complicated, glassy-eyed emotions that allow you to believe every love song the band onstage is singing was written about you. While the actors manically dance around the stage, tell jokes, and make love, you find yourself succumbing to the time-travel conceit, the strange undertones of genocide, and the hilariously doofy grin on Ian Ferguson’s King Louie.

What director and set designer Jeffrey Schmidt has pulled off in the oft-challenging Theatre Three space is nothing short of a miracle. His set is equally whimsical and functional, allowing actors to slide into the space and fly out of it. And the actors onstage have an infectiously good time.

Ultimately, On the Eve works because of Home by Hovercraft’s music. The play’s tangled narrative unravels when even the characters onstage stop trying to use words to explain life and revel in the beauty of a note sung in harmony. In the final moments of the experience (because by god it is an experience!), the play celebrates the power of music to ignite and revive. It celebrates music’s invitation to participate, to dance, to clap, to sing along, to be a part of something.  And that invitation sends you out into the world with this notion that you’ve discovered something, even if you don’t understand it.