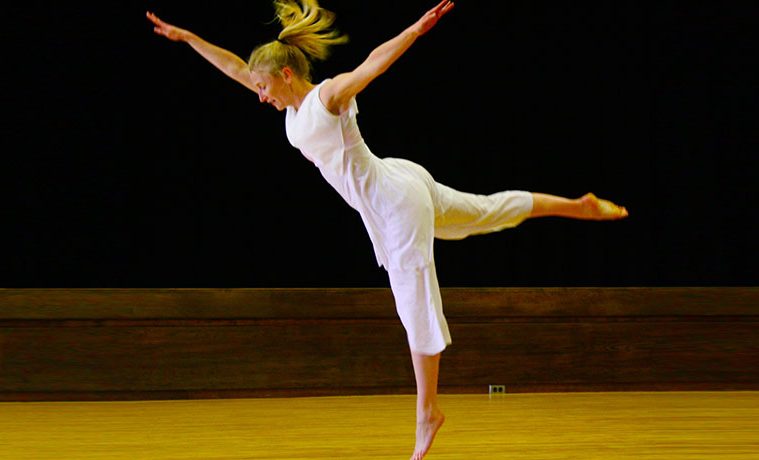 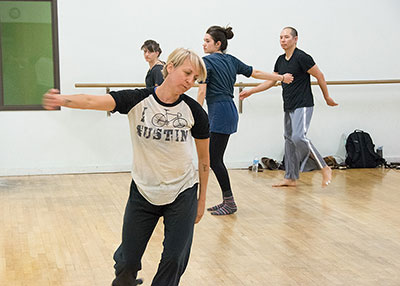 Texas prides itself on its former status as an independent country, and no nation is complete without its ambassadors. One annexation and 169 years later we are still sending emissaries across the salty void, albeit for reasons other than foreign policy, namely Scotland’s Edinburgh Fringe Festival.

Throughout the month of August, thousands will gather in Scotland’s capital city for the world’s largest arts festival. Last year, there were well over 40,000 performances of roughly 2,800 different shows from around the globe. The festival was born in the wake of the Second World War on the literal fringes of the Edinburgh International Festival, which was founded to culturally rekindle the war-torn European landscape.

Eight theater companies that were not accepted into the initial festival were undeterred and decided to set up shop anyway, one of which chose a nearby cathedral as a stage for the medieval play Everyman. At this point, the festival was merely a chance happening, too cool for a name. However, its coolness reached critical mass when playwright Robert Kemp stated, “Round the fringe of official Festival drama, there seems to be more private enterprise than before … I am afraid some of us are not going to be at home during the evenings!” The word “fringe” stuck and the festival became an institution, eclipsing its parent festival. 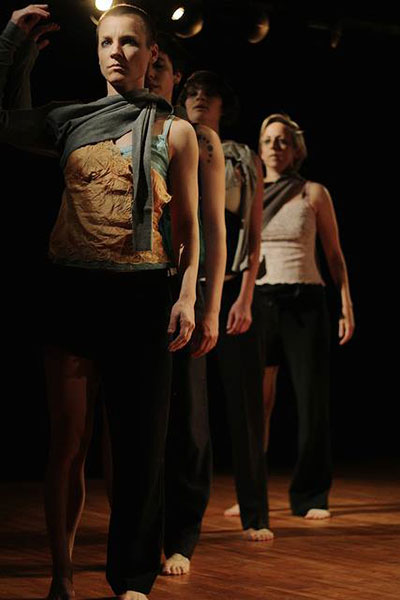 Come August, three Texas choreographers and their companies will cross the pond to perform as part of the festival’s Dance-Forms’ 67th International Choreographers’ Showcase, Aug. 5-9 at Gryphon Venues. Contemporary dance is just a small portion of the festival. According to dancer and choreographer Ellen Bartel, “This festival’s hot spots are in comedy and theater, contemporary dance is something like 2% of the event.”

Upon acceptance to the festival, Bartel was named a cultural ambassador of Austin. As such, she will be meeting with leaders of the Edinburgh arts community, giving talks on “Arts and the Economy,” teaching classes and sharing resources with other artists. Bartel, known for her work in Butoh, is the artistic director of  Ellen Bartel Dance Collective. Bartel describes Butoh as “a study in transition. Learning how to be present while in transition, not anticipating an outcome of any sort and not lingering in the past, learning how to ‘be.’” 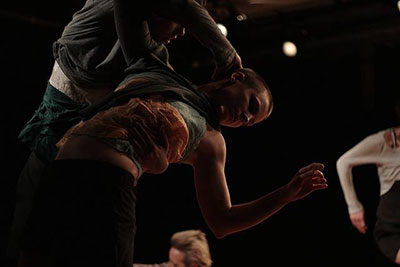 Bartel will be performing alongside Amy Myers, with musical accompaniment by Adam Sultan. “Myers brings to the work a sense of honesty and reveals more than just the choreographic intent, but a humanness that is so important in the kind of dance I make,” says Bartel. The work to be presented is a piece of structured improvisation about “discovering new adventures as the second halves of our lives start to present themselves,” according to Bartel’s Kickstarter campaign, which raised over $7,000 to fund the journey.

In addition, Erica Gionfriddo and her company, ARCOS Dance, will be performing in Edinburgh. Originally from Santa Fe, ARCOS is a multi- disciplinary company and school that relocated to Austin just last year. They will be performing a piece entitled The Warriors: A Love Story, a biographical work about ARCOS’ Eliot Gray Fisher’s maternal grandparents. “The lyrical show follows him as he confronts his grandmother’s death, and, in the process, much broader questions of humanity’s relationships to love and war,” says Gionfriddo. “The work tells the story of Fisher’s maternal grandmother, Ursula…a dancer who studied with modern dance pioneer Gret Palucca in Dresden, Germany, before the war and survived the 1945 Allied bombing of Dresden.” The Warriors utilizes excerpts from the war diaries of Fisher’s maternal grandfather, Glenn, who received his PhD in Philosophy the same day as his draft notice. Music, dance and interactive projected video bring to life Fisher’s grandparents’ ruminations on movement, beauty and war. 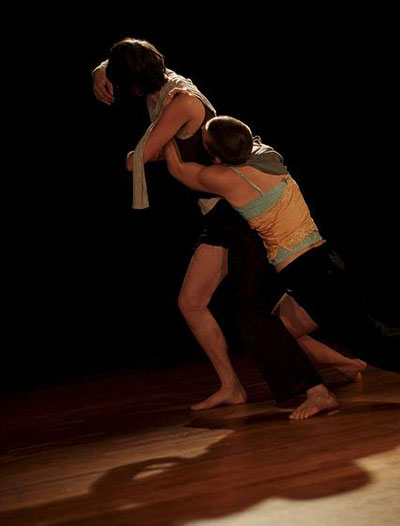 ARCOS is currently in search of an Austin venue to perform The Warriors after their stint in Edinburgh. Given the rich historical gravity of the work, they hope to perform it for veterans’ organizations and educational institutions first and foremost. Come autumn, ARCOS will be up in the Pacific Northwest for residencies with the Playa Fellowship and the UCROSS Foundation.

Kaysie Brown, a Texas State University faculty member and member of the Shay Ishii Dance Company, will be performing a solo work, Capricious Aplomb, developed in collaboration with video-choreographer Ana Baer and composer Richard Hall. “The dance developed into an exploration of the portrayal of stability in defiance of an inward struggle with feelings of instability within an environment in which abstract images occasionally project on the dancer throughout the work,” says Brown.

After Edinburgh, Brown plans “to soak in as much as possible from Fringe Festival experience to then bring back with me into the classroom and studio at Texas State University.” She will continue to promote dance education through the implementation of her project Enhancing the Learning of Science Through the Creation of Dance at Crockett Elementary in San Marcos.

I hope there’s extra room in one of their suitcases for a stowaway. I can hold my breath for a decent amount of time and I am convinced that the discomfort of a ten hour international flight is well worth a month of dance. In the likely event that I get spotted in the X-Ray conveyor belt, I will just have to wait with the rest of us for the return of our brave emissaries while they spread the word of Texas dance near and far.