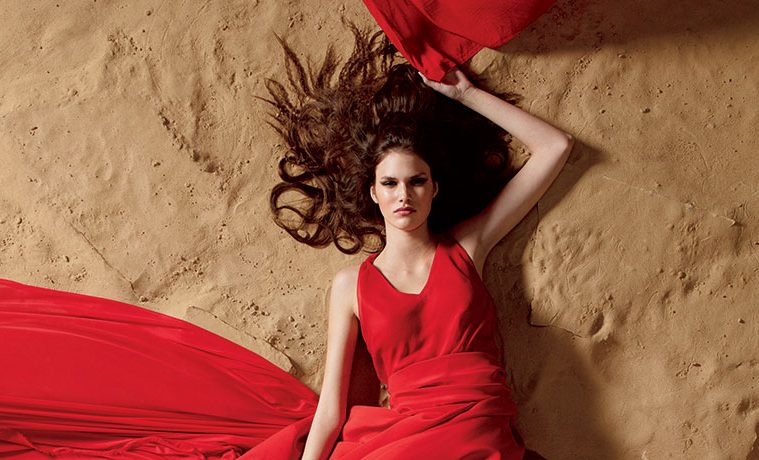 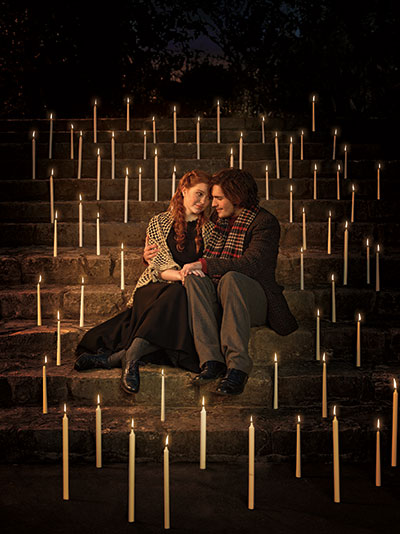 Sometimes, we’re told, people have near-death experiences, when they feel their earthly lives coming to an end and they leave their bodies for, well, someplace else. And sometimes, with the intervention of a gifted doctor or medical team, they are brought back, changed forever and filled with new, passionate ideas for the future. That can happen to opera companies as well.

In May of 2010, Keith Cerny assumed the roles of general director and CEO of The Dallas Opera, a company that had not produced a balanced budget for five years in a country still very much reeling from a recession. Thanks to economic realities, virtually all life preservers available to throw a drowning arts entity—from government grants to corporate and individual gifts—had slowed, making the future of TDO’s financial statements look bleaker still.

It’s not clear yet whether Cerny’s efforts to “right the ship” will prove a textbook case for other companies in trouble. But it is clear that TDO achieved a balanced budget two years ahead of schedule and will be in impressive shape when The Marriage of Figaro opens the new season October 24. “We need a very different business model,” Cerny says, with no artsy pretense, reflecting a resume that somehow connects music, business and technology, with a side order of Harvard Business School and management consulting for McKinsey and Co. “Opera companies have to be heavily engaged in the community. We have to be an institution people have positive feelings about. If the community thinks opera is only for a few people who attend opera in an opera house, then that model won’t work anymore.”

In pursuit of such visibility, and indeed such stability, it’s no small matter that—even more than its new productions and its world premieres—the new season marks TDO’s return to putting on five mainstage productions. Like several other opera companies over the past decade, Dallas saw cutting the number of operas as a way to save money short-term. Yet the move also, by definition, makes opera less and less a part of a community’s life. Unlike others who made the painful decision, TDO expanded its season to four productions and, with this new year, to five. Few things could seem more meaningful to opera lovers all over North Texas than that. 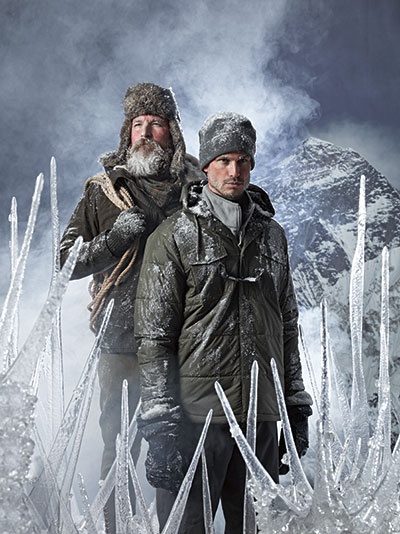 “This is very much a part of our turnaround strategy,” says Cerny. “It’s a major landmark.” `Anyone familiar with the image of Dallas—the Texas go-getter city, the wildly entrepreneurial city, even the city of conniving J.R. and the rest of those Ewings—will recognize The Dallas Opera in history. Opera then was mostly about money, about giving the appearance of wealth and dominance, about showing off, which in traditional operatic terms equated to luring bigger stars and building bigger productions than all those lesser cities elsewhere. Even then, it’s worth noting that Dallas hosted not mere performances but the American debuts of singers like Placido Domingo, Jon Vickers and Dame Joan Sutherland, along with Italian movie director-designer Franco Zeffirelli, showing a fresh vision as well as generous purse strings.

All that glory, however, didn’t help when Cerny took over an opera company about to shut its doors. Among the achievements he and TDO are proudest of today are: raising $10 million in donations for a Cultural Renaissance Endowment Fund in order to secure a $10 million anonymous match; creating a new giving category called The General Director’s Circle that has generated more than $7 million in pledges; and securing additional gifts from such Dallas entities as Texas Instruments and Texas Instruments Foundation, Crow Holdings and the Elsa von Seggern Foundation.

At least part of the strategy for attracting such contributions is showing opera to be a community event, not merely what some are still tempted to see as a frivolous celebration of wealth and privilege. Free simulcasts have helped a lot with this “image problem,” as has the company’s new chamber series that propels singers into more intimate settings like the Wyly Theatre, Dallas Children’s Theatre and even the Dallas Farmer’s Market Demonstration Kitchen.

It takes little more than a glance at materials about the new season to see the welcoming face of opera aimed at the future. The turnaround, of course, involves a complex gathering of management forces, but two things stand out immediately: the packaging of the long-somber opera world with glitz and glitter borrowed from Hollywood, Broadway, popular music and high fashion, and the naming of everything that marks high-order fundraising. Virtually nothing simply “is” in this new season; everything is presented by someone, including many of the biggest corporate and society names of the area. Or as one marketing document puts it, this “Heights of Passion” season “holds the promise of something exciting, awe-inspiring and new!”

The company’s FIRST NIGHT, in fact, blends more elements from the Oscars and Fashion Week than from opera as Americans have known it. Most dramatically, the entire Mozart opera is being simulcast live from the Margot and Bill Winspear Opera House to nearby Klyde Warren Park. After previous simulcasts here, as well as some in AT&T Stadium (yes, home of the Cowboys), TDO understands that this invites thousands more to the party (for free) than could ever fit into anybody’s opera house. 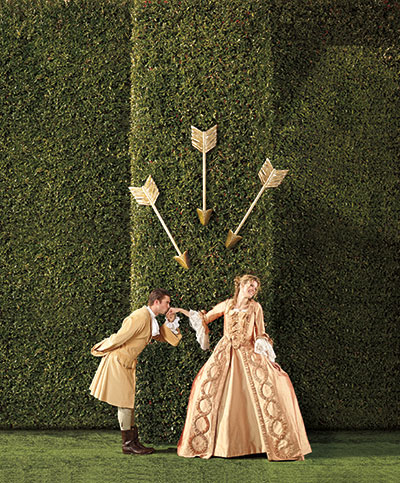 The Dallas Opera presents The Marriage of Figaro on Oct. 25 -Nov. 9.
Photo by Karen Almond.

Around the performance itself, starring Joshua Hopkins as Count Almaviva, Mirco Palazzi as Figaro, Nicole Car as the Countess and Emily Fons as Cherubino, there’s a glittering array of receptions, with food by Wolfgang Puck, fashion along a red carpet by the likes of Nicolas Villalba and Elizabeth Anyaa, and even a see-and-be-seen after-party. The fact that Puck’s menu includes “breakfast items” offers a not-so-subtle hint that no one will be going home quickly. Jeffrey Horn, CEO of Triad Event Solutions, is—as you’d expect —none too shy about promising the moon. “Couture fashion, footlights and folly fill the red carpet,” he says. “Love abounds, a gilded age is celebrated, and cupid’s arrows ignite passion.”

Cerny is quick to point out, however, that the mission is ultimately about doing what opera companies do —simply doing it with a higher profile (for fundraising, in particular) and for a much larger and more diverse audience. The new season itself is proof of that.

Opening only days after Mozart’s Marriage, Richard Strauss’ over-the-top Biblical page-turner Salome shows up at Winspear, via internationally recognized director Francesca Zambello. Built on a German translation of a French-language play by no less than Oscar Wilde, the opera carries us back to King Herod’s palace during the time of Jesus, with all the usual dramatic flourishes, from Salome and her dance of the seven veils to John the Baptizer’s head on a platter. The Washington National Opera production will feature Deborah Voigt as Salome, Robert Brubaker as Herod and Greer Grimsley as Jokanaan (John).

Cerny sees the commissioning of world-premiere operas as an important part of steering toward the future, whether it’s for the excitement they generate for audiences, the opportunities for creativity and collaboration they offer artists or simply the assurance that opera is not something dead from an increasingly distant past. And since another of TDO’s missions is finding and performing forgotten works, the double bill that opens January 30 should impressively kill both birds.

La Wally, composed by Alfredo Catalani to a libretto by Luigi Illica (later a librettist for Puccini, including for this TDO season’s La Bohème), gets a generous setting of its final act before intermission ushers in the first performance of Everest. Set in the modern day in the “death zone of Mount Everest,” this one-act commission showcases a score by Joby Talbot and text by Gene Scheer, who did great things with a very large subject for TDO in 2010 when he successfully managed to distill Melville’s Moby Dick into an opera by composer Jake Heggie. This time it’s all about danger and death extremely high above sea level. 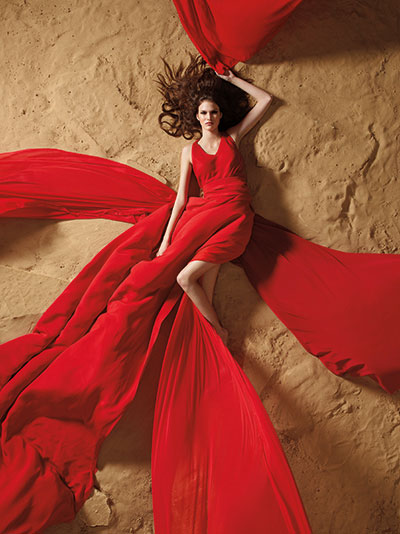 “For many years, Houston was the leading force is producing world premieres,” says Cerny, all too aware of how that fact made opera lovers in that city’s rival feel season after season. “Fast forward. Opera companies of all sizes are commissioning and presenting new work. There is incredible vibrancy in American opera. As a company, it really keeps us at the top of our game.”

In March, TDO presents one of its bread-and-butter hits of all time, La Bohème. This popular re-creation of the Latin Quarter in Paris in the late 1800s is as anticipated for its scenic design by Jean-Pierre Ponnelle and costumes by Peter J. Hall as for its sure-to-be- terrific singing of some of the art form’s most beloved melodies. The cast is led by Ana María Martínez as Mimí, offering the persuasive heartbreaking beauty that would make anyone who saw her in that role in Houston consider the drive north. Bryan Hymel is her poet, Rodolfo, with Davinia Rodriguez as Musetta and Jonathan Beyer as Marcello.

The season closes in mid-April with a new production of the rarely- performed Tchaikovsky gem, Iolanta. Not only does the “rarely” part fulfill part of TDO’s mission; so does the “new production” part. In addition, like The Marriage of Figaro opening the season, Iolanta features the company’s new music director Emmanuel Villaume conducting. Russian soprano Ekaterina Scherbachenko leads the cast in the title role.

With his background in high-level management, including in the turn-on-a-dime technology sector, Cerny understands that austerity may keep the lights on short term but it’s the team you build that makes the light bill worth it. To that end, he has recruited not only the Strasbourg-born Villaume, who has conducted virtually all the world’s great opera singers in virtually all the world’s great opera houses, but a highly motived and, most importantly, highly collaborative gathering of musical, production and administrative talent.

Essential names helping position TDA for the future include: principal guest conductor Nicole Paiement, the first in the company’s 57-year history and reflecting her recognition in San Francisco and elsewhere for her mastery of contemporary opera (appropriately, she is conducting the world premiere of Everest); artistic administrator Ian Derrer from the Lyric Opera of Chicago (taking over from 30-year veteran Jonathan Pell), with his associate, former singer David Lomeli; and Brian Zeger as chair of the judges panel for the 2015 Dallas Opera Guild Vocal Competition. The expanded competition, now including a national applicant pool and a final round with The Dallas Opera Orchestra, will clearly benefit from Zeger’s background on the faculty of The Julliard School as well as his work as executive director of the Metropolitan Opera Lindemann Young Artist Development Program.

“I think opera today is more relevant than ever,” insists Villaume, looking ahead to the new challenge. “It’s definitely an art form that has its economic challenges, but there is something unique and specific to opera that no other form of entertainment can reproduce. The notion of a live performance in which all other facets of the performing arts are on display, right in front of you, inviting the audience and the community to join these artists who are taking a risk to create something that will never again be repeated in exactly the same way—that’s the unique power of opera. In a society saturated by ‘canned music’ and by special visual effects that have been artificially worked and reworked, what we do is irreplaceable.”