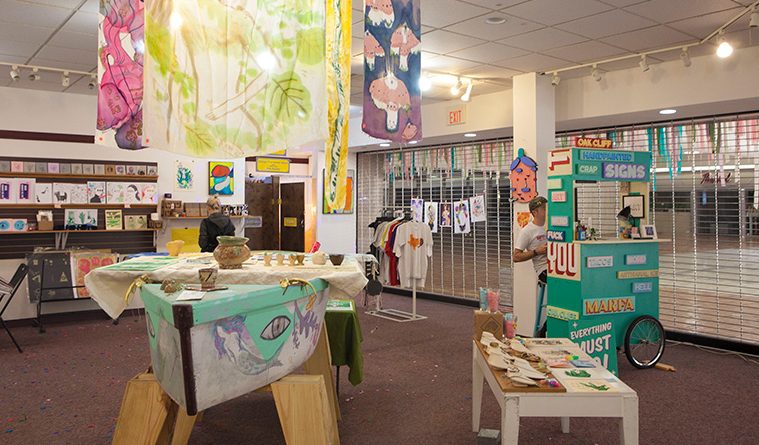 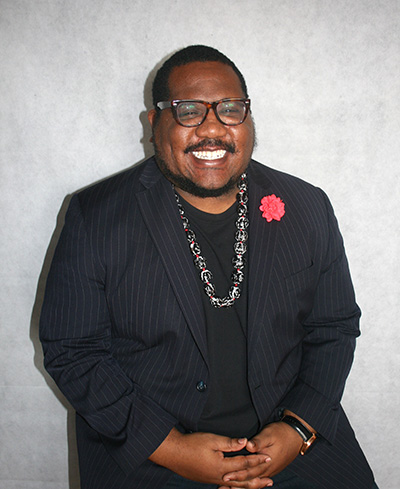 On Ash Lane sits Ash Studios, a building described by Darryl Ratcliff as “a social sculpture that has had an amazing practical and symbolic meaning in Dallas.” Co-founded by Ratcliff with artist Fred Villanueva in 2012, Ash was named by D Magazine as one of the best galleries in Dallas, as recently as 2016.

Ash has been at the center of a land use issue, one that stems largely from the city of Dallas’s lack of preparedness for, or perhaps interest in, social sculpture. In 2017, the fire marshal fined Villanueva $700 for not having a certificate of occupancy for his building and on Feb. 1, 2018, after an eight-hour court trial, jurors found him guilty, issuing a fine of $100, as reported by the Dallas Observer.

Last year, when asked to summarize what’s happening, Ratcliff replied “Ash Studios is a social sculpture. This is why we went five years without filing for a non-profit or for-profit structure, to communicate our seriousness in having the space viewed as a co-authored piece of art. Unfortunately, the City of Dallas doesn’t have a zoning code for a social sculpture.” It is important to note that the city also lacks specific zoning codes for art galleries or studios, like those that thrive in demographically different areas of Dallas, without much fuss from the city, which begs the question, “What’s different here?”

Explaining the details of the case when it was still pending, Ratcliff said, “We had an older inherited [zoning code] from the 1970s for a fabrication and storage space. The city cited us for illegal land use…in our contesting, we are aware of the many DIY spaces that are no longer in existence due to code issues enforced by the fire marshal. It killed the most exciting part of the Dallas art scene and drove off some of our best talents. At the moment, we were receiving national recognition for how great our artist driven DIY scene was. We can pay our fine and get [zoning] that complies with the city rules, but Ash Studios has always been about pushing the cultural scene forward and getting the city to look at itself in a different way, in a way that opens up more possibilities, and this is just another opportunity to do that.”

The social sculpture serves as an intergenerational and interracial meeting place for dialogue and collaborations. It is also described on the website as a response to “racial segregation, political disenfranchisement, and economic displacement that is a reality for many citizens in Dallas.” Ratcliff hasn’t hesitated to confront those who discover and engage with his work with these realities. Exclusion sparked the motivation for some of his boldest collaborative work aimed at cultural equity. 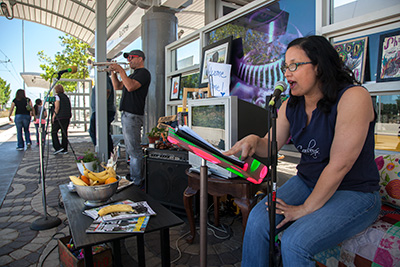 Ash Studios has been a place to witness collaborative art come into being in the form of musical performances, poetry readings, open studio events, exhibitions, and classes. Ratcliff’s recent work includes collaboration and the cataloging of those collaborations with his own Michelada Think Tank.

Ratcliff explains, “Michelada Think Tank is Mario Mesquita, Shefali Mistry, Carol Zou, Noé Gaytán, and myself, an art collective that gets people inebriated and makes them talk about racism. We are based in Los Angeles, San Diego, Dallas, Philadelphia, New York, and work nationally. We hope to achieve cultural equity in our field and approach our anti-racism work from an intersectional perspective.”

Along with the other artists involved in Michelada Think Tank, Ratcliff tackles serious issues such as cultural and racial equity, empowering artists and artistic communities, and art presented as an accessible, public good, and urges us to be serious about them, with an awareness of the fact that we all respond to a good time.

With funding from the Embrey Family Foundation and Office of Cultural Affairs, Ratcliff worked with Michelada Think Tank co-founder Carol Zou, Director of Programs for Philadelphia’s Asian Arts Initiative, and artists such as Montoya Williams, Christian Vasquez, Angela Faz, and Tamitha Curiel on Decolonize Dallas, a project that included artists voices in the conversation of community development and furthered conversations on economic displacement and the need for equity.

Decolonize Dallas also received support from the George and Fay Young Foundation, as well as SMU Meadow’s Ignite Arts Dallas, and the Nasher Sculpture Center, and consisted of site-specific projects in West and South Dallas, Vickery Meadow, and Pleasant Grove. These works, which included an artist-guided tour of West Dallas by Vasquez, a visual installation on the past and future of Pleasant Grove by Williams, and a later censored installation of woodcuts by Faz were documented in a catalogue designed by artist and activist Brian Larney and launched in 2017 at Liliana Bloch Gallery.

While Ratcliff would say that he never works alone, that all of this engaging work is collaborative, and that he thinks of himself more as a visual artist, he’s contributed to publications including this one as well as D Magazine, where he has also been featured for work such as his Soft Power: Intimacy show in 2015. He has sparked conversations regarding art and life between gallery hoppers at a weekly brunch he hosts in Deep Ellum called Dollar Mimosa Club. It is social practice in all its glory—brunch as a forum, safe space, and segue back to the collaborative nature of the majority of the artist’s work.

The need for Ratcliff’s focus on cultural equity (despite his chosen medium) is illustrated in the success of his recent work in Fort Worth. Using a speed dating format, Ratcliff and his Creating our Future Fort Worth initiative, co-led by Dee Lara, made an arrival with Cultural Equity Speed Dating, an event where conversations about the role of specific cultures and neighborhoods in Fort Worth, as well as the opportunities and challenges presented specifically to Fort Worth artists, could take place over drinks and what felt like casual mingling.

This work has expanded beyond the Dallas/Fort Worth area, seemingly increasing its value here in North Texas, in light of the fact that Ratcliff (as part of Michelada Think Tank) saw successes in other cities before ever being presented with the opportunity to do work in Dallas (for example, Michelada Think Tank’s first residency was at LACE in Hollywood, CA in 2015 and they were artists-in-residence at the San Diego Art Institute in 2016). While speaking of a recent trip to Los Angeles for an expansion of projects including Cultural Equity Speed Dating at Common Field, an annual gathering meant to explore the state of the arts, Ratcliff excitedly expressed how great he felt the trip had been for Ash Studios, and that it was “confirmation that [his conceptual] ideas are nationally important. Ash Studios also explored principles of Radical Openness at Common Field.

For his future work, Ratcliff is energized about the opportunity to look at questions that we may not have answers to, questions rooted in examination of racial and cultural equity in the arts, and in Texas art communities. Inspired by a story, true or not, about how Inuits were able to travel through zero visibility snowstorms not because of their eyes but because of their stomach—their energetic guidance. “It is important as an artist and person to know you can navigate that way, and for me it’s listening,” Ratcliff says, “whether or not someone is speaking.”

Regardless of the resolution from the courts in regards to land use, there is a “definite next step” for Ratcliff as he continues to listen, and continues what has been started with Ash, a Dallas studio that has proven “artist and person-of-color-owned spaces are possible.”