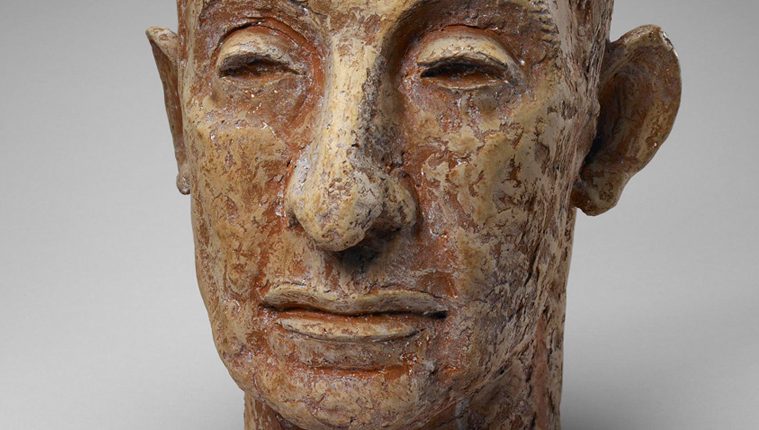 Under One Roof, With Room to Breathe

Viewing American art at the Museum of Fine Arts, Houston, as at most institutions, has long been a piecemeal, largely compartmentalized experience. For paintings and sculpture, you visit Beck Building galleries that are currently mostly occupied by the traveling exhibition Duncan Phyfe: Master Cabinetmaker in New York (through Sept. 9). For decorative-arts objects made between 1620 and 1870, it’s off to Bayou Bend Collection & Gardens, the former home of philanthropist and collector Ima Hogg.

If they were made after 1870, you see whatever American decorative-arts pieces make it into the temporary exhibitions in the Law Building’s Alice Pratt Brown Gallery. It’s similarly catch-as-catch can for photography and works on paper, American examples of which often find their way into exhibits in the Law Building’s lower level and in a Beck Building room next to the American galleries.

Billed as the first American show of its kind in MFAH history, the sweeping survey American Made: 250 Years of American Art at the Museum of Fine Arts, Houston tramples departmental lines to mix artworks of widely varying media and styles with a similarly omnivorous selection of material culture. The lively, inclusive presentation that results makes a strong case for the wonders of crossing curatorial boundaries while sticking with a straightforward chronology.

Organized by MFAH curators Emily Ballew Neff and Christine Gervais, American Made invigorates and historicizes the museums’ various American collections, which, for the show’s purposes, include some Native American, British and Spanish Colonial-era and Mexican works.  By putting paintings, sculpture, photography, film, watercolors, prints, furniture, ceramics, metals, textiles, costume, and even pieces of political propaganda in consistently smart juxtaposition to one another, Neff and Gervais create not so much period rooms as period moments – experiences that occur when a carefully curated space seems to pulse with an era’s various energies.

Nowhere is this truer than in a room anchored by Elie Nadelman’s Tango (c. 1918-24), a magnificent sculpture that until recently looked lonely and misplaced in a hodgepodge gallery of mostly abstract expressionist paintings, but with a Claes Oldenburg soft drooping fan sculpture and a Louis Comfort Tiffany window thrown in.  Here, Nadelman’s dancing couple, newly encased in sleek Plexiglas, is in harmony with the swirling rhythms of Stanton Macdonald-Wright’s and Morgan Russell’s colorful “Synchromy” experiments on canvas, which in turn transition nicely into modernist landscapes by Georgia O’Keeffe, Marsden Hartley, John Marin and, most show-stoppingly, Charles Burchfield, whose Return of the Bluebirds is a 1958 five-sheet reconstruction of several small 1917 watercolors.

Each section reflects a noticeable effort by the curators to reflect both urban and rural perspectives, to take the nation’s history and diversities into account and to present vernacular objects or popular-culture imagery alongside so-called high art. This is not an all-white, all-male, all-elitist tour of American art and history.

Nor does it pretend to be a comprehensive one. But whatever period you’re perusing, you get intimations of what some people made, what some of them wore and sat on, how some of them decorated, what kept some of them warm, how some of them related to the land, what some of the architecture and industry was like, some of the religious movements that were gaining a foothold, and some of the conflicts that were brewing. Silversmith Paul Revere Jr. is represented both by one of his teapots and an incendiary, historically inaccurate print depicting the Boston Massacre (1770). The Civil War shows up in Winslow Homer’s 1862 engraving of a sharpshooter and Constant Meyer’s grand, if overwrought, history painting Recognition: War and South (1865).

It’s hard to exaggerate how much heavy lifting photography, one of the major strengths of the MFAH’s collection, does in this show, with respect both to the power of the images themselves and the way they inform works in other media. Carleton Watkins’ 19th-century photographs of Western landscapes hang near Hudson River School painters’ forays into the West. Mary Devens’ Pictorialist Harbor and Pier (c. 1908) invites conversation with nearby Impressionist landscapes by William Merritt Chase and others. Photographs by Ben Shahn and Arthur Rothstein are critical to a grouping of Depression-era social realist works.

The show makes a strong case both that American art needs more room to breathe on the MFAH’s main campus and that the museum has built, and continues to build, a collection that deserves it.  Most of that space won’t come until the museum adds a building for 20th– and 21st-century art to its campus; this exhibition can be seen, in part, as part of the preparatory work toward that day. But don’t be surprised if the show also leaves you hoping the MFAH finds more room for an integrated presentation of American art in its current quarters.

At the very least, after the Phyfe show and American Made conclude September 9 and 16, respectively, it will be intriguing to see to what extent the interdisciplinary approach seen here figures into the reinstallation of the permanent collection.  Here’s hoping it figures heavily.

American Made: 250 Years of American Art at the Museum of Fine Arts, Houston
July 7-January 1