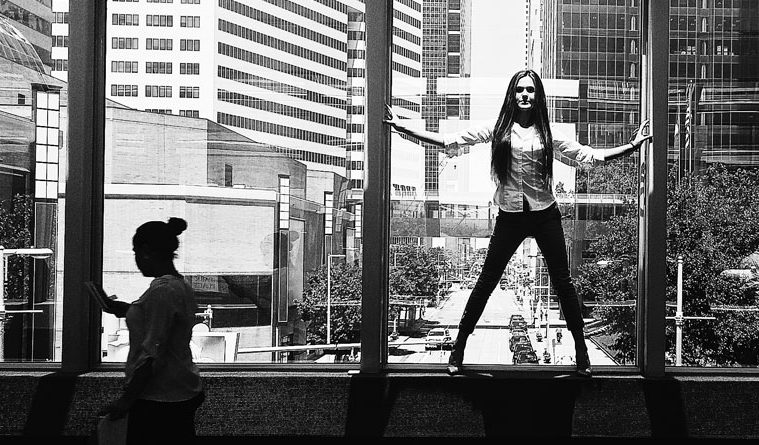 Hannah Hafely in Tunnel Vision  running every Monday and Wednesday in October and November.
Photo courtesy of Frame Dance Productions. 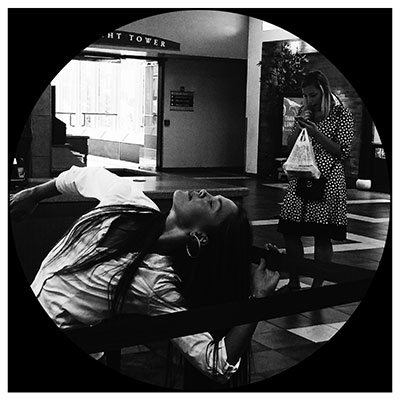 Lydia Hance, of Frame Dance Productions, is known for her delight in bringing dance to unexpected places.  Next, thanks to a Houston Arts Alliance Individual Artist Grant, she plans to invade Houston’s downtown tunnel system in a series of pop-up dance performances called Tunnel Vision every Monday and Wednesday in October and November. The new series launches with Tunnel Entrance on Oct. 5 inside the Shops at Houston Center at noon.  A + C editor in chief Nancy Wozny visited with Hance about this new project and her urge to head into the underworld of Houston’s mysterious tunnels.

So tunnels are next for you. Why?

Attending the Dance/USA conference in Miami this year, I was heartbroken over a conversation with someone from Boston who had come to Houston and was lamenting a sparse and dull downtown. She hadn’t been in the tunnels, our downtown expressway.

Outsiders always freak out about our invisible pedestrians, and you are right, visitors rarely discover the tunnel system. But it’s also not a place we go to see dance or art of any kind.  Last time we chatted you said “I’ll never do that again,” when thinking about being back in a theater.

I think I was at the height of stress when I swore off theaters, but I am getting pulled back in, this time the MATCH, in May.

Excellent on the MATCH, it’s going to be an exciting place. But back to the tunnels.

My encounter with this woman made me curious about the separation of downtown people and the rest of us. And the tunnels are bizarre. A lot of people don’t even know about them. I describe them as something between a mall and an airport with a noontime rush hour. 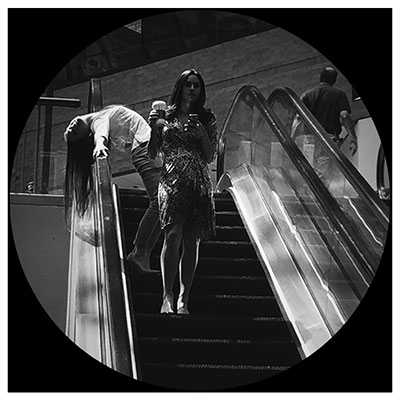 I spent an hour in one and thought I might never be seen again. They are really something to behold. What drew you underground?

I went to observe these tunnels, and saw people rushing, holding their phones and coffee, unable to turn their heads to what was around them. I saw several crashes from people not looking where they were going. So I wanted to shake up their worlds a little. Shift their frames of reference. Show a little soft interconnectedness.

You seem to have a desire to put dance in front of, well, people, not necessarily dance people.

That’s true. I am puzzled with how far I feel from people who are not in the arts. I often feel like an alien when I talk about what I do.  It’s a massive campaign to inject dance into the lives of Houstonians, even when they don’t ask for it. Sometimes, we don’t know what it is we need.

I am also puzzled and bewildered how separate the arts and non arts worlds have become. So much so that we seem to have driven one our most talented members (you) into the tunnels. Alas, a tunnel is not a theater. Talk about the structure for Tunnel Vision.

Format-wise, I wanted to see how I could make an impact by arranging 14 days of short performances instead of the usual 1-3 performances of one longer piece. Plus, I want the tourists (and Bostonians) to know we have killer art.

Tunnels are usually about getting from one place to another. Is there an idea of traveling implied. Tell us a bit more about the piece choreographically.

I have been working with the idea of traveling recently– METRODances is an example of that. Here, I actually want people to stop, even for just a moment. The duet is contained in a 7×7 foot square. The dancers are two people in a relationship. I am seeing them as sisters, or long time friends. The dance is about those moments when only one person is really working on the relationship, but keeps putting in the effort and love because she knows it’s worth it. Those roles change, and there’s a lot of partnering that takes place in a very small space. Choreographically, I wanted to poke at our title, and make a dance about when tunnel vision is a good thing. 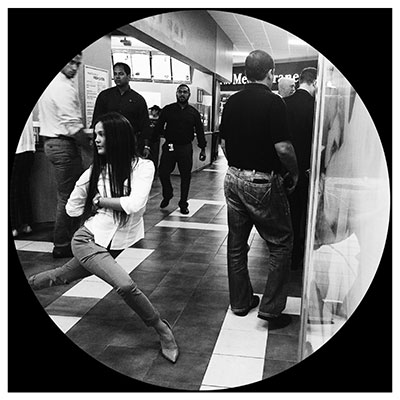 Your work is most often accompanied by a commissioned score. What music do you have planned?

The music is an electronic piece by composer Leah Reid, from California. It’s called Ring Resonate Resound and is layered and very spatial This is the first female composer we’ve worked with, and I am ecstatic about it. And, of course, the piece is brilliant. The entire cast is female. The performances will be duets, but alternating between eight different performers from performance to performance. It will be interesting to see how sound will work in such a busy area. I have plans to highlight this music in a more vacuumed space later in the season.

How can we keep track of this project?