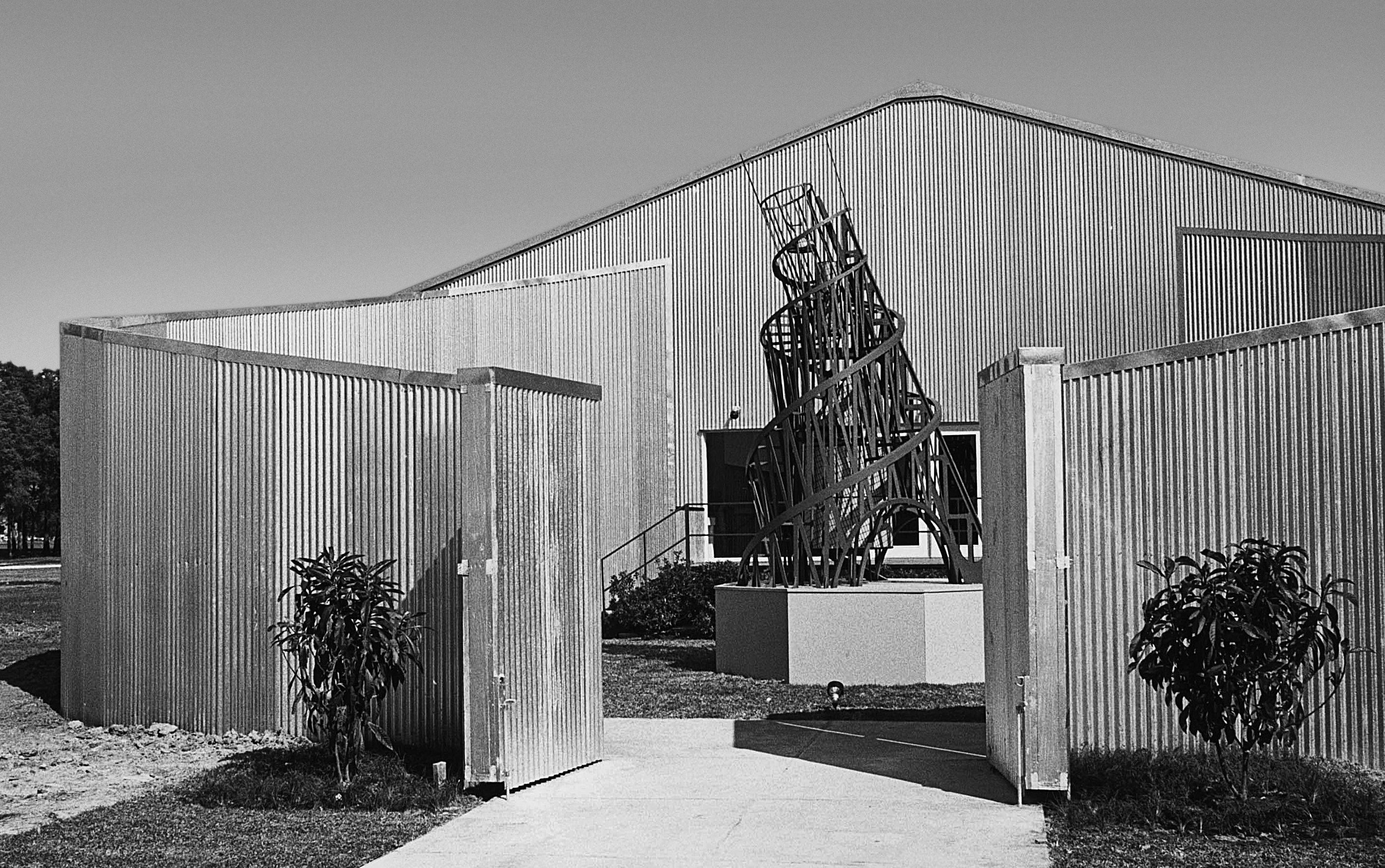 What’s the Matter with Rice?

IMAGE: Reconstruction of Vladimir Tatlin’s model for the Monument to the Third International, 1967-68, in the courtyard of the Rice Museum, included in The Machine as Seen at the End of the Mechanical Age, Rice University, Houston, 1969. Image courtesy of the Menil Collection

It’s mildly encouraging that after a local outcry and unwanted national media attention, Rice University has temporarily halted its plans to demolish the storied Art Barn. B.J. Almond, Rice’s senior director of news and media relations, told the Houston Chronicle’s Molly Glentzer that the “plan is still to remove the building from campus, and we’ve briefly delayed demolition to explore a couple of options for removing the building” following what Glentzer described as “an 11th-hour appeal by a group of Rice alumni who offered to pay to dismantle, remove and store the building until a new location can be found.”

Why only mildly encouraging? Because while the last-ditch rescue effort, if it works, might preserve a piece of Houston’s–and Rice’s–architectural and art history, it underscores the gobsmacking fact that a university, of all entities, should be threatening its existence, particularly in the absence of plans to build anything in its place. From a Chronicle opinion piece by Drexel Turner, a visiting UH architecture professor and former Menil Collection architecture projects curator:

There is, to be sure, no urgent purpose that would dictate demolishing the former Rice Museum post-haste to create a replacement “lawn.” It seemed to work just fine up until a month or so ago as a classroom building and it even has an almost-brand-new roof.

Plainly, it is disingenuous to say that the building has to come down, the sooner the better, when in truth, the cost of keeping it in some useful capacity cannot actually be very considerable. And, as the Chronicle article also rightly asserts, the Media Center benefits architecturally from the companion piece the Museum provides. The two are very successful incubators and merit not only the university’s forbearance but genuine commitment to their care and upkeep.

I’m not surprised Turner brought up the Media Center, which the visual and dramatic arts department currently occupies, and which is also rumored to be on the chopping block. Removing, rather than demolishing, its companion piece rather than letting the arts department use it for studios and exhibition space hardly alleviates those concerns, especially given the arts department’s ambiguous status as “primary minority stakeholders” in the planned Moody Center for the Arts. On the other hand, the center sounds great for the art history department, which will deepen its collaboration with the Museum of Fine Arts, Houston in ways that should prove exciting. But the art history department has a doctoral program after landing a $10 million grant; the visual and dramatic arts program doesn’t even have a master’s degree.

It’s enough to make you wonder if Rice, our finest institution of higher learning, is no more enlightened about art than the rest of city, and for that matter the culture at large. Does it value art when it’s used to decorate the campus and attract prestige and funding, but not so much when it comes to supporting and teaching its art students? Will the arts department have to find a way to become a profit center to maintain a viable presence on campus?

Yes, let’s keep our fingers crossed that Rice alumni can save the Art Barn from demolition. But if it does, let’s not let “Rice alumni save the day” headlines let the university off the hook.