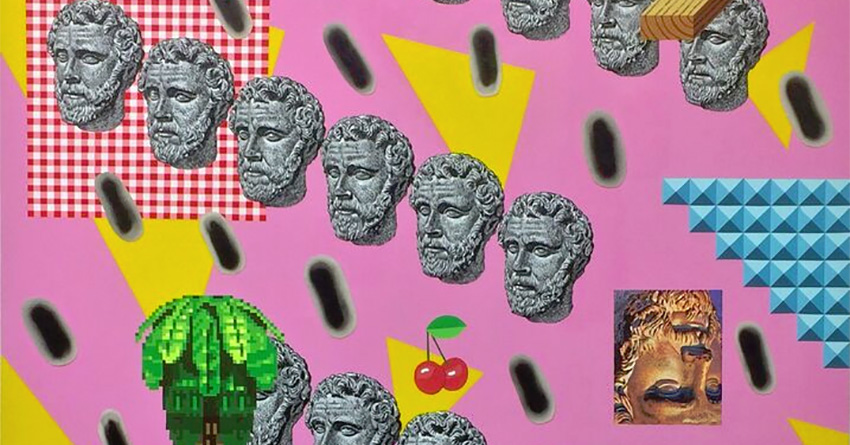 Where the Parts become the Whole

Heading into its fourth year, Circuit 12 Contemporary continues to sidestep the one trick pony trap of exhibition-making by showing art that isn’t seen elsewhere in Dallas, or Texas for that matter. Later this month, the gallery presents an exhibition curated by artist Clark Goolsby that reﬂects contemporary culture’s inherent multiplicity and complexity: Mysterious Muck, Nov. 21 to Jan. 2, 2016. It serves as an example of Circuit 12’s overarching exhibition program: fresh, varied, eye opening, unexpected.

Though Circuit 12 is relatively new to Dallas, owners Dustin and Gina Orlando are grounded in contemporary art. While living in Miami, Dustin opened Objex Art Space where, for approximately eight years, he and his artist friends mounted exhibitions, invited musicians and bands to perform, and hosted other activities under the DIY art banner. Miami is also where he met and later married Gina. After some time working in Hawaii as consultants for the Hilton hotel empire, the couple wanted to start their family, and they relocated to Dallas, her hometown (she attended Booker T. Washington High School for the Performing and Visual Arts), where they and their young son reside today.

Once in Dallas, with their art radar on high alert, they spent about four months getting a feel for the local art scene by visiting galleries, attending the Third Friday art crawls and art walk events, reading the local press, and meeting artists and gallery owners. What struck them was not the abundance of galleries, but the lack of younger artists, experimental project venues, and artist-run spaces.

So when a real estate opportunity on Dragon Street presented itself the couple jumped and opened the doors of Circuit 12 Contemporary in March 2012. Launching the gallery was their response to Dallas’ perceived lack of energy, and served as their contribution towards a healthy, relevant, and thriving local art community. That first year, the exhibition lineup wowed gallery visitors with a focus on non-regional artists as well as work by artists that the Orlando’s just flat out liked, regardless of demographics.

The result was a series of diverse exhibitions featuring some new-to-Dallas-artists such as Maya Hayuk and Sofia Arnold. Based in Brooklyn, Hayuk creates colorful, geometric, trippy, drippy, patterned large-scale works—think outdoor murals—full of popular culture, painting, and psychedelic visual references. Arnold is at the other end of the spectrum, with decidedly milky, sometimes swampy, colors. Her loosely-painted figures and animals float amidst compositional narrative details (many referencing death or sinister activities) in landscapes of flat wallpaper-like perspective.

As it goes, Circuit 12’s three-year lease at the Dragon Street space came to an end, and at just the right time. The gallery had outgrown the space, not only in terms of the types of exhibitions they wanted to program but also in terms of storing artworks and maintaining a deep inventory (important because, as an exhibition-driven project pace, a solid inventory is the gallery’s money maker). After some hit and miss real estate possibilities, Circuit 12 Contemporary relocated to their current location on east Levee Street.

Here, Orlando says, both literally and figuratively, he and Gina are in a better position to more deeply consider and execute each project or exhibition. They are scaling back slightly on the number of exhibitions they present each year, planning to keep shows on view a bit longer and taking more time in between shows to allow for effective marketing and ample time for experimentation and, ultimately, installation. The focus is on presenting the gallery aesthetics through multiple perspectives.

One way to do this is to work with guest curators, who bring their own tastes to the gallery yet fit within the unifying approach. A fitting example is this month’s exhibition Mysterious Muck, curated by Goolsby,who posits that “current culture has moved beyond needing to understand the parts and only evaluates the whole.”

Goolsby is one of the gallery’s mainstay artists and when it came time to showcase him again, he and Orlando decided that instead of another solo exhibition, Goolsby would demonstrate his curatorial hand. Orlando works with guest curators a few times a year as a way to connect with new artists under the auspices of mutual relationships and trust.

“Ultimately Mysterious Muck is a show about how our current access to information has influenced collage,” explains Goolsby. “Many artists in the show are not concerned with the individual elements or their sources, but only the whole.”

The show features new works by nine artists, including Jennifer Nehrbass and Mathew Zefeldt. Nehrbass, who lives and works in Albuquerque, has a background in fashion and an attention to cultural details (full disclosure: her work is currently on view at my gallery Central Features). She creates hyper-real painted collages, most recently focusing on a central image or composition within a color field background, breaking up forms and redirecting references to question the act of representation itself — especially when it comes to the female body. She plays on awkward moments within a balanced composition and relies on surprise rather than shock value. Minnesota-based Zefeldt uses “representational imagery as an element within a larger composition like an abstract painter would use a mark within a composition.” Imagine, if you can, painterly still life elements dropped into a computer screen shot of a GIF or digital glitch.

Goolsby says he approached artists he admires and worked with them to select artworks that were complimentary both conceptually and aesthetically. The show also mirrors Circuit 12’s current role within the Dallas art scene, as exemplified in Zefeldt’s artist statement: its about the interplay and relationships of the parts to the whole and each other reflecting the pluralist landscape we find ourselves in today.