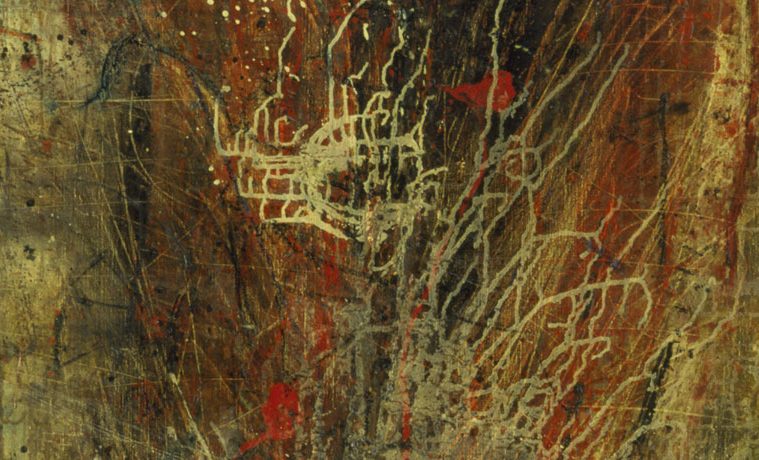 The Berlin-born Parisian artist Wols worked during a war-torn era when the art world’s center was shifting to New York; died at 38 in 1951 after grappling with alcoholism, store poverty, no rx statelessness and health problems; and had his posthumous reputation muddled by a wave of forgeries – most made by his widow. No wonder Wols (née Alfred Otto Wolfgang Schulze), order who helped pioneer art informel with his distinctive hybrids of Surrealist and abstract approaches to painting and drawing, has spent most of the six decades since his death in relative obscurity.

Wols’s first U.S. retrospective at the Menil Collection, which has among the largest and widest-ranging public holdings of his paintings and works on paper, aggravates the historical slight by splitting the show between two of the museum’s smaller exhibition galleries on opposite sides of the building. Chalk it up to space constraints – a problem many museums have – but it’s hard to picture Jackson Pollock, Mark Rothko, or another of Wols’s American counterparts getting similar treatment. It would be easy to visit just one of the two galleries and leave thinking you’d seen the entire show. 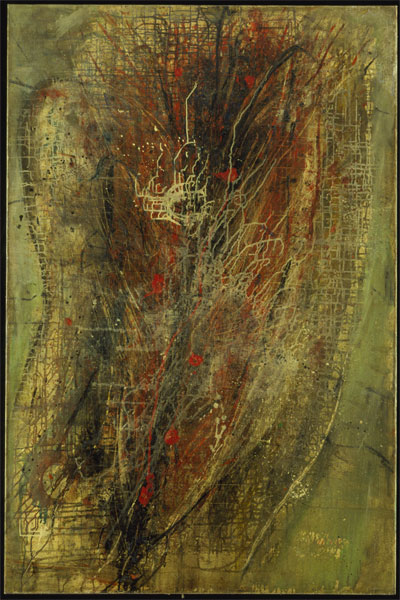 Still, if you enter via the Surrealism galleries – in which the late-Magritte room has given way to a selection of Wols’s photographs and early, mostly figurative works on paper – rather than one of the marked entrances, you’ll immerse yourself in the work of many artists who influenced Wols before following a path that saves his best work for last.

After moving to Paris in 1932, Wols supported himself as a photographer. His experimental cityscapes and portraits play off Surrealist and Bauhaus influences; most striking are a group of food-and-object still-lifes from Wols’s “kitchen laboratory.”

“Macabre studies of worm-like sausages, soaking woolens, and glistening pork kidneys … highlight preoccupations with growth and decay running throughout the work,” the Menil’s Toby Kamps, who curated the show with Wols scholar Ewald Rathke, writes in the catalog.  “But by September 1939, when Wols was first interned as a stateless person, necessity dictated that he switch his main creative focus to works on paper … (in which) one sees elements of Yves Tanguy’s biomorphism, Giorgio de Chirico’s metaphysical cityscapes, André Masson’s dancing lines, and Max Ernst’s Januses.” (Head back over to the Surrealism galleries if you have any doubts.)

Next come mostly abstract paintings from two forays Wols made into oil-on-canvas in 1946-47 and 1949-51. Given a supply of canvases and paint by his dealer,  each time Wols produced 40 finished works. Kamps’s inventory of painting techniques could cover not just Wols’s but those of his American contemporaries: “thin glazes of color, scablike impastos, splashed and poured pigment, steered rivulets of liquid paint, scraped-down margins, back-of-the-brush scratching and writing, even marks made with the circular mouths of paint tubes.”

While many of these experiments produced intriguing, at times haunting results, others read more like precocious student efforts, especially when compared with signature Pollocks of the same years.  But that’s to be expected: 80 paintings isn’t a lot, and oil was not Wols’s medium.

Across the hall from the gallery, a wonderfully satisfying installation groups two paintings by Wols’s French colleague, Jean Fautrier,  with a pre-drip Pollock, a Surrealist Rothko, and a biomorphic Arshile Gorky, all from Menil holdings. While providing a perfect intermission to the Wols show, the selection underscores the perception that art informel looks better next to work Americans made while they were still processing European influences rather than once they broke free. On canvas, anyway. On the other side of the building, you meet Wols-the-virtuoso in a gallery that proves and reproves his aphorism that “a tiny sheet of paper can contain the whole world” as well as its forces of destruction and renewal. Wols’s friend Henri-Pierre Roché listed “cobwebs, grasses, algae forests, monsters, mollusks, city-mountains, building-ships, butcher-jewelry; showpieces, chasms and assemblies” as recurring motifs. The picture-making strategies of oils such as It’s All Over (c. 1946/47), which features central void-like forms surrounded by color stains, are often evident here, but on paper Wols’s motor control is as extraordinary as Pollock’s pours onto canvas, perhaps more so, given that Wols unearths details so minute the Menil would do well to stock this room with magnifying glasses.

Once Wols pointed to a crack in a sidewalk and compared it to one of his drawings – “a living thing (that) will grow, change every day like a flower. … That crack is very beautiful because it was created by the only reality that is reality, a force that is beyond you and me.” That force animates this room and the best of Wols’s oils in this fascinating, overdue retrospective.