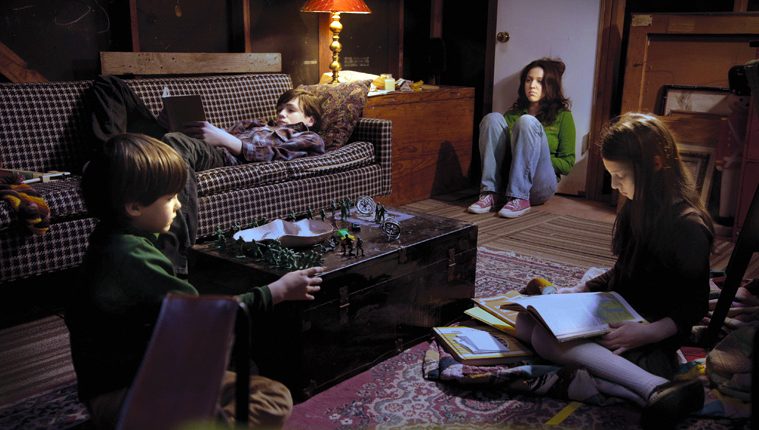 The Playroom, health directed by Dallas’ own Julia Dyer.

The Video Association of Dallas has announced the first five selections for VideoFest 25, which will be Sept. 27–30, 2012 at its original home, the Dallas Museum of Art. Now the oldest and largest video festival in the United States, VideoFest will feature over 150 programs over the four days.

Now in it’s 25th year, the Festival is open to professional and non-professional makers working in all genres including documentary, narrative, animation and experimental. “Video” is defined broadly to include all media originated or finished in video or other electronic forms, including works originated on video or HD video, digital graphics and animation, hand-drawn animation, works on film finished in video, and works intended for digital distribution.

Merging art and technology since 1987, VideoFest has specialized in independent, alternative and non-commercial media, presenting hard-to-find works rarely seen on television, in movie theaters, or elsewhere, despite their artistic excellence and cultural and social relevance. Even in a Web 4.0 environment where everything is seemingly available on the Internet, the VideoFest provides curatorial guidance, a critical voice in the wilderness navigating the vast and diverse landscape of media, helping to interpret its cultural and artistic significance. The event provides a communal environment for real-time, face-to-face dialogue between makers and audiences.

The first five titles announced all have deep local roots:

Senior love lives abound in The Mayor, the true story of an 88-year-old tail chaser, an adoring widow, and a raunchy gossip queen living it up in a retirement home in Texas.  Made in Dallas-Fort Worth, this film premiered at Tel Aviv International Documentary Film Festival in 2011.

Sometimes inspiration is found in unexpected places. Austin-based choreographer Allison Orr finds beauty and grace in garbage trucks — and in the men and women who pick up our trash. She joins city sanitation workers on their daily routes to listen, learn, and ultimately to try to convince them to collaborate in a unique dance performance. With national discussions swirling around the one-percent versus the 99-percent, Garrison’s thoughtful, eloquent documentary illuminates the reality that all work matters and has dignity, no matter the invisibility of the labor.

Actress Kathleen turner is interviewed about playwright edward Albee in a new documentary coming to Dallas.

This feature length documentary, directed by Dallas’ own Alan Govenar, goes deep into the legacy of the American Beats in Paris during the heady years between 1957 and 1963, when Allen Ginsberg, Peter Orlovsky and Gregory Corso fled the obscenity trials in the United States surrounding the publication of Ginsberg’s poem Howl.

Four children in their attic hideaway make up a fantastic story, while downstairs their parents weave a drunken intrigue of their own. Directed by Dallas’ own Julia Dyer. The Playroom was a hit at 2012 Tribeca Film Festival.

The Stages of Edward Albee

This documentary examines the life and work of the leading playwright of our times. In this very personal account of Albee, Dallas artist and filmmaker James Dowell paints Albee’s portrait while the dramatist is being interviewed. Interviews include the playwrights John Guare, Tony Kushner and Terrence McNally, as well as the actors Rosemary Harris, Bill Pullman, Bill Irwin, Judith Ivey, Kathleen Turner and Marian Seldes. Mr. Pullman, Mr. Irwin, Ms. Turner and Ms. Seldes also give us notable readings from Albee plays.