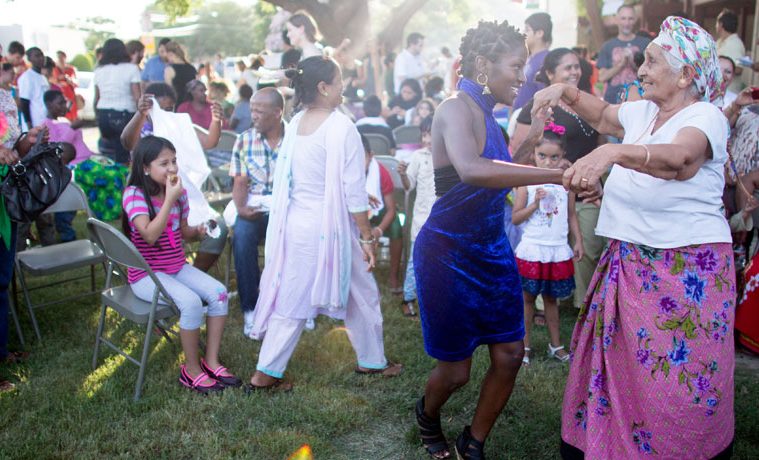 The Vickery Meadows neighborhood in North Dallas is known for its high-density housing, consisting almost exclusively of apartment complexes. Because of this compressed landscape, Vickery Meadows has, reluctantly, also fit the bill as a crime-ravaged neighborhood. Once a bustling area filled with young professionals in the 1970s, it morphed into a center for crime as the neighborhood surrounding Five Points was built up in the later 1980s and 90s. Since then, however, crime has subsided somewhat, and more schools and retail are slowly moving in. 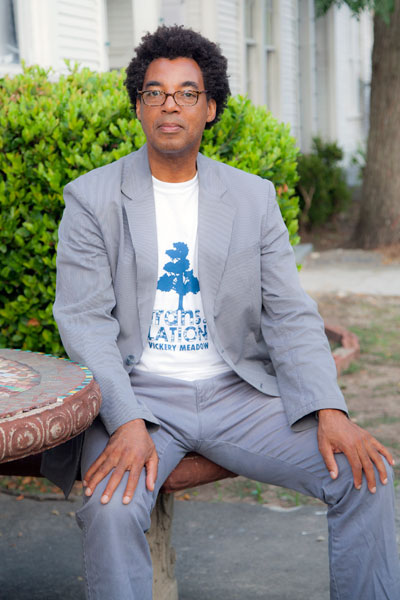 Now, so is the social practice of artist Rick Lowe, founder of Project Row Houses, the community-based social sculpture that re-enlivened Houston’s Third Ward starting in 1993, which continues to influence a wide variety of practitioners, from Rem Koolhaas (see his  Seattle Public Library) to Small Business/Big Change in Anyang in South Korea.

Artists, architects, social activists, or governments have all looked to Lowe’s successful project as inspiration for change and growth in underserved communities across the nation and the world. Invited, along with nine other artists, by the Nasher Sculpture Center to create new work at one of 10 sites throughout Dallas, Lowe — whose practice relies heavily on collaboration and community — chose the undulating Vickery Meadows neighborhood as his canvas.

Lowe’s commission is part of Nasher XChange, an ambitious citywide exhibition kicking off Oct. 19 that director Jeremy Strick says was prompted both by “the changing approaches artists were taking to public sculpture” and by the Raymond and Patsy Nasher Collection’s history.  Raymond Nasher built Dallas’s NorthPark Center, an enclosed shopping mall that houses part of the collection and “turns shopping into a world-class cultural experience,” boasts the mall’s website. On view throughout the mall are works by Mark di Suvero, Frank Stella, Antony Gormley, and Anish Kapoor, among others.

“For our 10th anniversary, it seemed especially appropriate to take that cue from the history of the Nasher Collection and extend our presence into the public realm,” Strick said. 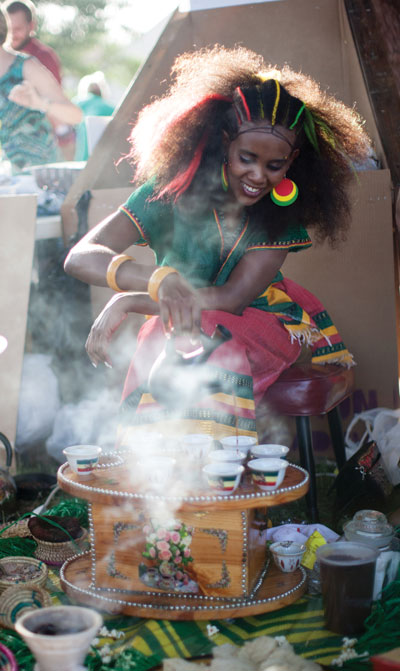 With its large refugee population and dearth of retail and community spaces, Lowe’s site couldn’t be less like NorthPark Center, which made more than a billion dollars in retail sales in 2012 and is known for its upscale boutiques and well-heeled clientele. Nearly 27 languages are spoken within Vickery Meadows’s 3 square-mile area. International Rescue Committee, Refugee Services of Texas and the resettlement services of Catholic Charities of Dallas have all relocated refugees from around the world, including several Asian and African countries, to Vickery Meadows. Given the contradictory perceptions of the neighborhood (poverty and crime vs. the richness of cultural diversity), Lowe found it the perfect setting for his project, Trans.lation Vickery Meadows.

While Lowe’s decision to work in Vickery Meadows was made quickly after accepting the commission, the project is continually evolving, even a few weeks before the official Nasher XChange opening. An idea struck Lowe one day as he walked through the neighborhood and noticed a few vendors selling candy, clothing and other miscellaneous objects.

Lowe saw that Vickery Meadows lacked a market, just as had Houston’s Third Ward when he started Project Row Houses. Seeing these vendors inspired Lowe to create a market, where the richness of the neighborhood could be shared and turned into an asset for its residents. “An outlet for my creativity is to develop a platform for the creativity of  others ,” Lowe says. The market will allow for social exchanges between residents and opens the community to each other.

Before Trans.lation kicks off with a series of pop-up markets (open to the public on Oct. 19, Nov. 23, Dec. 21, Jan. 18, and Feb. 22), Lowe has been working with community organizers to encourage members of the community to participate. In a series of workshops and gatherings that lead into each pop-up market, residents have brought forth artistic and culinary skills that were unknown in the community. These events have been wildly successful and well attended, creating a steady dialogue within the neighborhood and allowing for Lowe and his team to identify residents’ creative strengths. 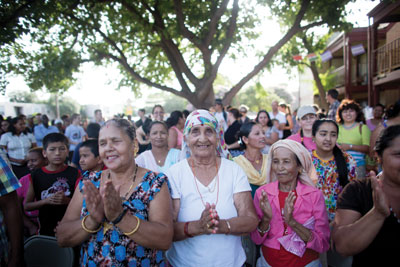 The first event, The Lucky Pot, demonstrated the neighborhood’s diversity through a potluck. Along with other workshops and events, The Lucky Pot is integral to Lowe’s research process. While these “test” events are meant to improve the market’s functioning during Nasher XChange, they also connect residents for possible collaboration and mentorship. Lowe hopes this will engender opportunity and entrepreneurship. Similar to what Project Row Houses accomplished in the Third Ward, utilizing the public space and motivating the residents of Vickery Meadow might forever change the landscape of the neighborhood and open it to positive interactions and collaborations.

Public art is collaborative by nature. There are many moving parts involved in placing a work in the public realm — or in the case of Rick Lowe, creating multiple events with members of the community. Of the nine other projects for Nasher XChange, all have a public component, yet some involve more community collaboration than others.

While Lowe brings a market to Vickery Meadows, California-based artist Charles Long tries to harness some of NorthPark Center’s economic activity for charitable aims. Riffing off the idea of a wishing-well, Long is creating a virtual fountain that gives money to charity.

Long’s sculpture Fountainhead is a waterless monument made of digital sheets of dollar bills flowing on every surface. Accompanied by a calming soundtrack, the interactive work allows viewers to contribute funds to one of three local charities—The North Texas Food Bank, Dallas CASA (Court Appointed Special Advocates), or Dallas Public Library’s Bookmarks. After donating at the specified kiosks, the viewer is encouraged to flick a virtual coin into the fountain, resulting in a celebration splash of dollar bills “flying” in every direction.

Long states in the press release that he “sought to encourage the passerby to give up something of value before an anticipating audience.” By specifically installing the fountain in a highly-active consumer space with affluent shoppers, the Long is making a statement regarding both consumerism and philanthropy simultaneously.

Dallas artist Vicki Meek is creating a multidisciplinary work titled Black & Blue, Cultural Oasis in the Hills. The focus is on Bishop College and the role it played in the intellectual and cultural life of African-Americans in Dallas from 1961-88. Meek says her project intends to “to reclaim African American history, restore our collective memory and illuminate critical issues affecting the Black community through visual communication.”

Through a series of historical markers as well as interactive web components and video interviews, Meek commemorates an institution that gave birth to important cultural organizations such as the African American Museum and the Dallas Black Dance Theatre. Meek will place historical markers around the campus that memorialize important people and moments from the Bishop College. She received help from former faculty, alumni, and community members from the surrounding neighborhoods to gather information for the markers.

Some Nasher XChange commissions will undoubtedly succeed better than others. Regardless of how individual projects play out, the museum deserves credit for taking sculpture out of the guarded walls of the Renzo Piano-designed space and installing it across the city for a larger public to discover, much like the Nasher family’s original installation in NorthPark Center.

Rick Lowe may have set a standard for community-based art practices when Project Row Houses began; his work in Vickery Meadows has the potential to be just as powerful.

“The energy, excitement, and curiosity around Trans.lation: Vickery Meadows is very reminiscent of the early days of Project Row Houses,” Lowe says. “People from all sectors of the city are excited about the possibility, so they are eager to engage in the process.”