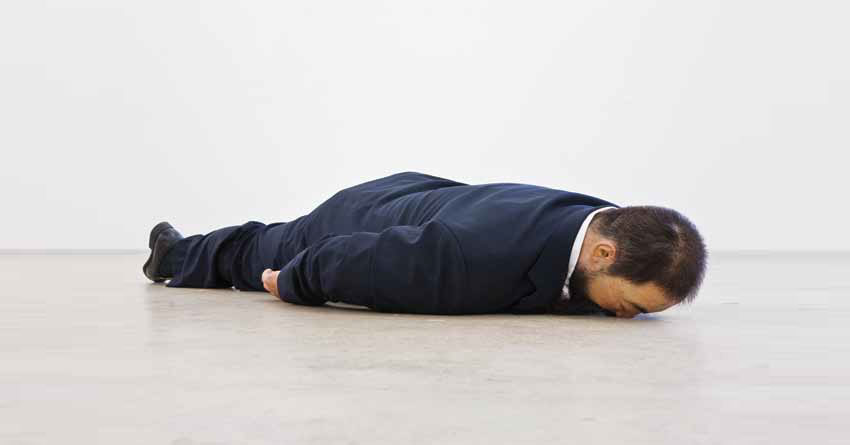 For Cola Project, Chinese artist He Xiangyu employed 10 workers to build a dozen large-scale iron woks fired by 10 tons of wood to boil 127 tons of Coca-Cola in order to extract about 40 cubic meters of coal-like residuum. To complete the two-year project, he piled up clumps of cola reduction in a large glass display case reminiscent of a history museum, lined up empty plastic Coca-Cola bottles on the wall in a Donald Judd-like installation, documented the factory work with photographs and used cola-derived ink in a traditional Chinese landscape.

A young Chinese artist’s reaction to Western contemporary art, a nod to tradition and the use of cheap labor for massive production of dubious quality are all touched on by Cola Project, one of the most compelling works in 28 Chinese on view through Jan. 3 at the San Antonio Museum of Art. However, rather than an objective, scholarly survey of contemporary Chinese art, these idiosyncratic works reflect the highly subjective, pop-infused aesthetic of celebrity collectors who helped launch the careers of Jean-Michel Basquiat and Keith Haring.

Probably the most famous of the “28 Chinese” is Ai Weiwei, who compressed a ton of tea into a minimalist cube and reconstructed a wooden Qing Dynasty table into an angular Table with Two Legs. In both works, Ai tweaks tradition with sly humor. But his most shocking appropriation is as a model for a realistic sculpture by He, who turned the older artist into a murder victim. Inspired by the Chinese government’s attempts to silence the world-famous dissident by artistically assassinating Ai for “economic crimes,” it’s titled The Death of Marat after Jacques-Louis David’s 18th-century painting of the murdered French revolutionary leader. In San Francisco, the corpse-like, facedown fiberglass figure sometimes caused viewers to summon guards for help.

But the funniest work is Li Zhanyang’s realistic fiberglass figures of the German artist Joseph Beuys standing over the shoulder of a seated Mao Zedong, as if trying to explain the show’s enigmatic art of the future to the Chinese dictator. Beuys is gesturing toward one of the most politically charged installations, Qiu Zhijie’s Memorial for Revolutionary Speech, a series of excerpts from revolutionary speeches spanning 1,700 years of Chinese history. The words were carved on cement boards in the calligraphy style from the period of the corresponding revolution and used to make ink rubbings that hang on the wall. But the cement boards have been built up in layers to form a blank-faced, inscrutable cube.

The largest and most impressive installation is Zhu Jinshi’s tunnel-like Boat, which took 10 staff members and volunteers eight days to assemble using more than 10,000 sheets of Xuan paper held in place by cotton thread on an enormous almost 50-foot-long, 14-foot-high bamboo armature. You can walk through Boat, which muffles sound so it is an almost silent, meditative experience. Zhu also painted a mural-size quadriptych, Epoch Color, with thick crusts of abstract pink, gold and green paint that will probably require years to dry.

One of only two female artists in the show, Fang Lu directed a video, Lovers Are Artists, starring a young woman who shops for groceries, but then “redesigns” the food items like an artist, for example using tortillas to create a whimsical footpath through an alleyway. Huang Ran’s unsettling yet lushly produced video Blithe Tragedy has a man with a Pinocchio nose using a gold chain to lead an androgynous character in S&M drag through a forest.

SAMA has used the Cowden Gallery on the first floor, all of its contemporary spaces on the second floor and one of its Asian galleries to show “28 Chinese,” but the sprawling exhibit lacks cohesion and context and there’s the feeling most of these artists are still playing catch-up to the rest of the world.