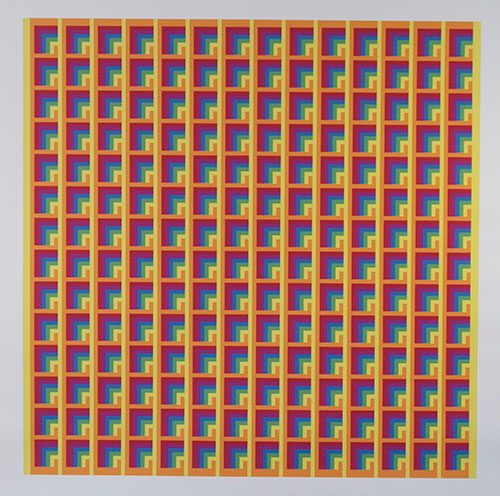 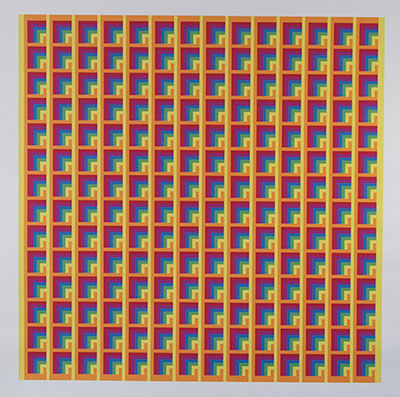 Get your mind off the holidays

1 – All the shows at Houston’s Lawndale Art Center

Not that it’s a joke that needs to be made again, but we can’t think of a more perfect city than Houston for an exhibition of art that takes the car and the freeway as its subjects. Enter Drive, curated by Joshua Fischer and Katia Zavistovski  and now on view at Houston’s Lawndale Art Center. The group show features work by over a dozen artists including the Art Guys, Jesse Morgan Barnett, Claudia Casbarian and more, and the tie that binds is the vehicle and how it directly, or, in some cases, much more indirectly, impacts culture, and, more specifically, the making of art. Love it or hate it, its influence cannot be denied. While you’re at Lawndale, you won’t want to miss the work on view in the other galleries from Regan Golden-McNerney, Margaret Smithers-Crump and Mari Omori. So much art. All shows are on view through Jan. 10.

Donald Moffett is no stranger to Texas. The San Antonio born but New York based artist had a solo show at the Contemporary Arts Museum Houston in 2012 and has shown throughout the state, as well as around the world. This month the artist has his first solo show at Austin’s Lora Reynolds Gallery. head. is an exhibition of Moffett’s projection paintings, his fifth since 2002.  In the exhibition the artist projects video images of heads onto large, monochromatic paintings. In the videos the camera pans around a still subject and the panning of the subjects is maybe best described as “formal and systematic.” It’s not a painting, or a video. It exists somewhere in between and allows us an opportunity to question our relationship with both media. Deep stuff. head. is on view at Lora Reynolds through Jan. 17. 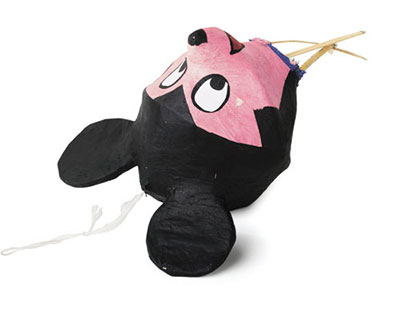 Mark Tribe is one of those artists who manage to be endlessly fascinating, his commitment to new media as well as a strong belief in art’s power to influence and incite political and societal change, make his work nothing short of powerful, and his recent collaboration with Chelsea Knight on Posse Comitatus, currently on view at Houston’s Diverseworks, is no different. Taking the American militia and paramilitary movements as its subject, the ongoing project concludes at Diverseworks this month with a video installation, photographs as well as individual work by both artists. It’s a fascinating, and artistic look inside the world of people whose lives could not be more different from ‘normal.’ Combining actual documentary footage with dance, music and more, Tribe and Knight’s Posse Comitatus is many things, perhaps most notably, an expression of the desire to understand another. The work will be on view through Jan. 10.

The mentor/artist relationship gets short shrift in the world of exhibitions. Art historians dissect and create their own connections between artists and their teachers, but for whatever reason, we don’t focus much attention on the relationship in the world of exhibitions. Well this month at 500x, co | action is giving credit where credit is due. Five mentor/mentee pairs from the great state of Texas will show work, either created in collaboration or individually, side by side, to convey the relationship between their work. Artist/Teacher pairs include Adam Fung & Alyssa Hawkins, Darryl Lauster & Jeff Gibbons, Margaret Meehan & Devon Nowlin, Colby Parsons & Anastasia Gabriel and Linda Ridgway & Teresa Rafidi. The artist run gallery’s show promises to provide an interesting examination of one of the most important and definitive relationships in an artist’s work. The show will be on view through Jan. 4.

December is typically the season of group shows, and this year is no exception. It’s a slow month for galleries so it’s a great time to pull out your stock of art and artists and at least show it off for those who don’t completely tune out during the holidays. If you happen to be in San Antonio this month, we’d recommend you stop by Ruiz-Healy, SA’s flagship for contemporary Latin American and Texas art. The gallery’s December group show highlights a number of the artists currently represented by the gallery including Jesse Amado, Nate Cassie, Leigh Anne Lester, Chuck Ramirez and many more.