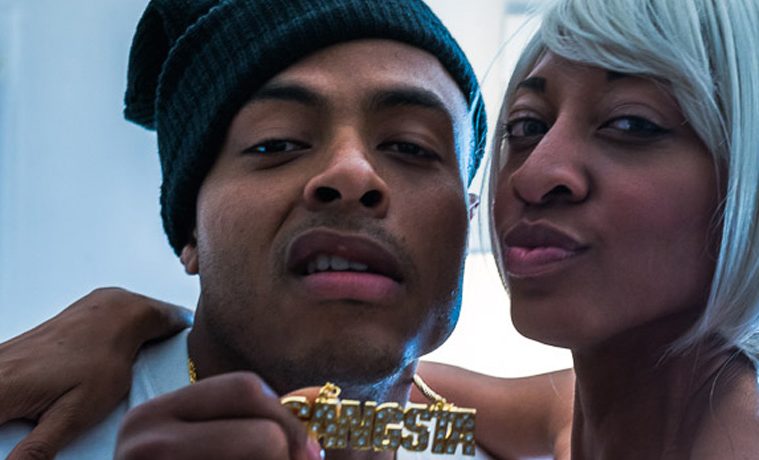 8 Standouts in Dallas Theater in 2013

The sheer amount of theater in Dallas can be overwhelming. To make this list, I found myself re-reading reviews and poring through notes about the hundreds of shows performed in 2013 alone. Nearly every week I attended national tours of musicals, world premieres of plays, staged readings of work in development, or salons on theater topics.

When Theatre Communications Group held its annual conference in Dallas, every theater in town presented a show. Actors performed site-specific theater in crack houses; an entire festival of independent theater took place in the Bath House Cultural Center; Kitchen Dog Theater presented a new play festival; out in Plano, Fun House Theatre and Film revived its exceedingly popular Daffodil Girls – a re-imagining of David Mamet’s Glengarry Glenross, with the car salesman recast as a group of young girls akin to Girl Scouts. And that was only a portion of the work on Dallas stages during that all-too-short weekend. This year rocked.

Without further ado, here are a few of my favorites. 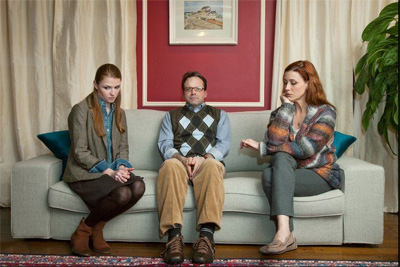 This list would be incomplete without this site-specific piece from the Dead White Zombies, Dallas’ most interesting theater troupe. David Jeremiah performed his tour de force as Spooky just inches from his audience, as we trailed him from room to room of a rundown house in West Dallas. 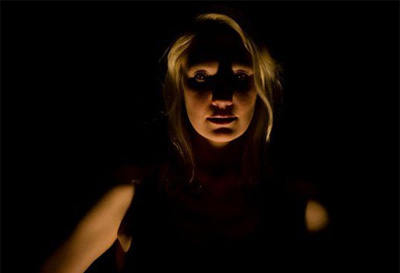 Alexandra Werle starred in this show about one woman’s internal battle with ending her own life. Courtesy Davis Street Collective.

This young theater company brought to life the profound final work of playwright Sarah Kane. In this production of her 1999 play, which effectively became Kane’s suicide letter, director Alia Tavakolian smartly employed layers of movement, light and sound. I left that play with an acute desire to connect with other humans, which is one of the effects of great theater. 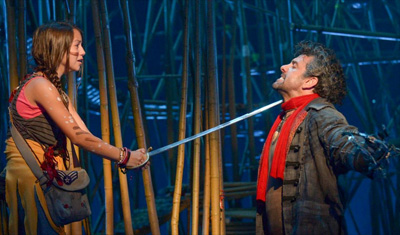 Isabela Moner and Bradley Dean (l to r) in Fly at the Dallas Theater Center. Photo by Karen Almond.

Theatergoers in Dallas this year were treated to two plays based on the story of Peter Pan: the touring production of Peter and the Starcatcher and the premiere of the musical Fly. In retrospect, the more imaginative of the two was Fly, which cast children as the children and allowed Wendy a more central role in the story. Although the play wove a somewhat tangled web when it strayed from the original story, the musical carried a sort of wide-eyed magic. 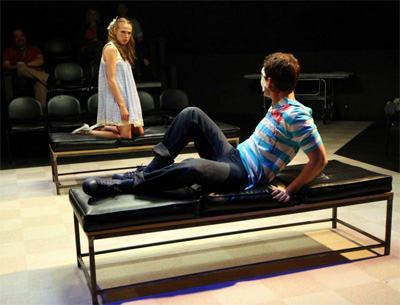 This year, Dallas was lucky enough to see a lot of playwright Rajiv Joseph and actor Montgomery Sutton. In this production, directed by Joel Ferrell, Sutton and his cast mate Jessica Renee Russell gave moving performances. The show earns a spot on the list because of its production value, Bob Lavallee’s set design was edgy, yet functional and John M. Flores contributed a modern sound design that pulled the non-linear narrative together. 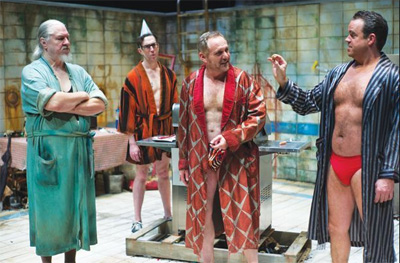 This show earns a spot on this list because of its impeccable male ensemble. Gregory Lush, R Bruce Elliott, Max Hartman, and Bruce DuBose played suitors of the elusive title character in playwright Enda Walsh’s modern perspective on Homer’s Odyssey. This was the city’s first introduction to Walsh’s work and hopefully not the last. 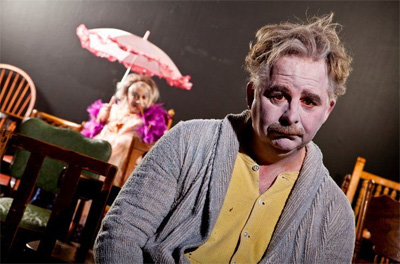 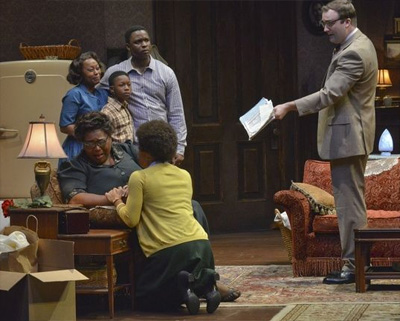 Cast of Raisin in the Sun. Photo by Karen Almond.

1) A Raisin in the Sun – Dallas Theater Center

This was inarguably the best production I saw all year. Jubilee Theatre’s Tre Garrett graced Dallas Theater Center with his direction, balancing the humor and the heartbreak in Lorraine Hansberry’s classic play. Two years ago, I saw Bowman Wright perform Walter Younger at the Geva Theatre Center in Rochester and his acting in this production infinitely surpassed that. The solid cast included fervent performances from Ptosha Storey as Walter’s wife Ruth and the inimitable Liz Mikel as the family’s matriarch Lena.