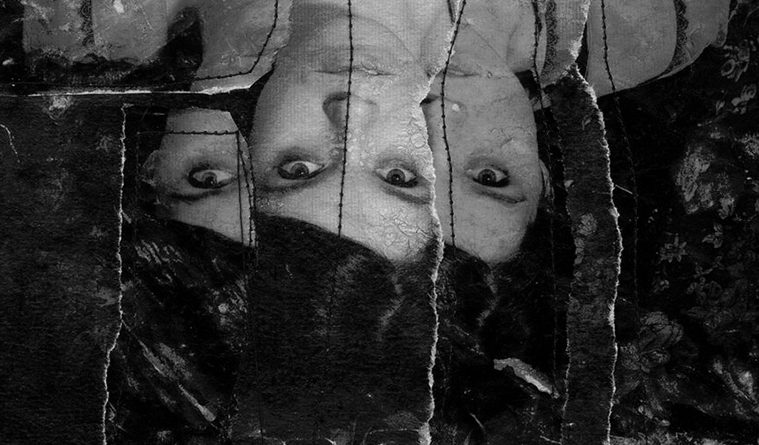 The work of Rachel Rushing, Kristina Smith and Ashley Whitt at Cliff Gallery 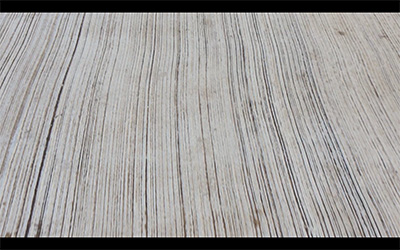 Rachel Rushing, Walking Into A Corner.

The most significant challenge of a group exhibition is to unify the work, at least when a single narrative thread is constructed to ultimately guide interpretation. Each artist must clearly contribute to the aim of the exhibition and if they fail to do so, the sum feels disjointed, and lacking in precision. While the individual works in A Certain Displacement are visually intriguing, there exists an overwhelming sense of confusion between a desire to communicate something specific and identifiable, and a desire to incite something purely reflective and open-ended.

On view through August 7th at Cliff Gallery, a small, unassuming space at Mountain View College, A Certain Displacement is a collaboration between three Dallas-based artists, Rachel Rushing, Kristina Smith, and Ashley Whitt. All three serve as adjunct instructors at colleges throughout the Dallas/Fort Worth area and it’s from this shared experience that the exhibition forms its foundation, as each artist explores the often uncertain realities of young, college teachers. This point of departure is apparent in some works, and lost in others. 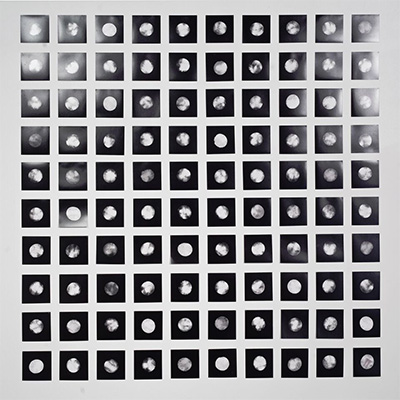 Required Readings consists of Xerox copies of articles from The Chronicle of Higher Education, The Wall Street Journal, Time, and many other publishers, exploring the frankly concerning state of adjunct faculty members, most notably their very low compensation, swelling ranks, and fleeting teaching assignments. There are twelve copies of each of the eighty-four articles, as twelve represents the minimum number of students required for a class to avoid cancellation.

Required Readings serves as the basis from which the other works in the show attempt to make sense of themselves as part of a larger narrative, but that connection can be tenuous, or even extraneous, at times. For example, Whitt’s Disjointed, comprised of sixteen self-portraits in a very Warholian arrangement, communicates a sense of multiplicity. This ubiquitous, human condition is heightened by thread that hangs from each image, making each identity feel even more fabricated and temporary, and the Dass technique that Whitt employs creates a distorting effect. 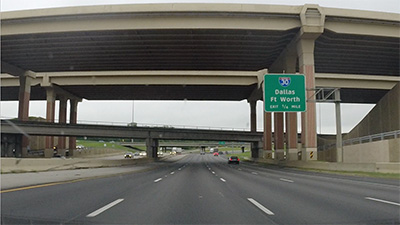 However successful pieces can be aesthetically or individually, at times the show exhibits an extreme disconnect between form and content. True to form for conceptual art and its emphasis on the idea over the object, the show requires an artist’s statement in-hand while viewing the work. Smith’s Observations is a good example. A collection of sixteen rubbings of surfaces, printed as photograms, resemble collections of stars, or other celestial phenomena, but are described as “records documenting the chaos and instability of both my personal and professional life.”  Without sounding too much like a Formalist, the idea behind a work, or the perceived meaning an artist wants to communicate, should not drastically surpass the work itself.  Doesn’t that undermine the efficacy of the art? While Observations is certainly not the only example, this disconnect seems to permeate the exhibition.

Even though Rushing, Smith, and Whitt appear to have exceptional grasps on the process of art making, A Certain Displacement seems so concerned with producing meaning, and exploring its different trajectories, that it becomes mired in that goal to the detriment of a cohesive exhibition.