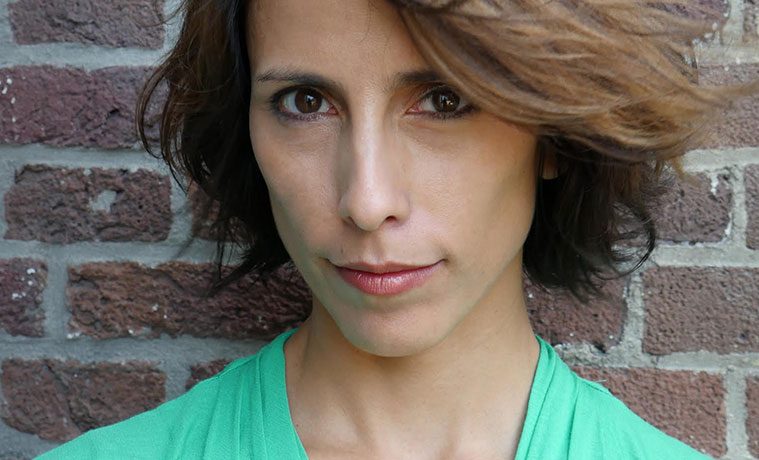 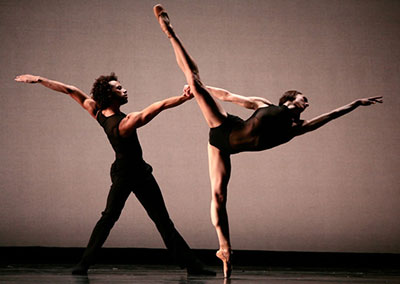 Annabelle Lopez Ochoa may not be from Texas, but her powerful choreography has certainly made its mark in the Lone Star State. Houston Ballet’s Connor Walsh and Melody Mennite will premiere Ochoa’s Shadow Lovers, set to Henry Purcell’s opera Dido and Aeneas, as part of the Dance Salad Festival in Houston, April 2 – 4, marking her sixth engagement with the Salad. Her previous Dance Salad works include Before After, La Pluie, One, Locked up Laura and In transit.

The annual international dance festival proved crucial early on in her early career, giving her the visibility to get on the international dance map. These days, she’s in huge demand. Ochoa has also set Requiem for a Rose on Ballet Austin. Texas dance lovers will have yet another chance to see Ochoa’s work when the Scottish Ballet performs her ballet, A Street Car Named Desire, presented by Arts San Antonio with Tobin Center for the Performing Arts, May 12, and in Houston through Society for the Performing Arts, May 15. A + C editor Nancy Wozny visited with the Belgium-based choreographer about the new work and her rising career.

It’s great to see your work back at Dance Salad. I think of it as a homecoming because your career is so linked to the Salad. How is it to be part of this festival at this stage in your career, where, you are, well, famous!

I have been indeed very busy lately and I have seen more of the world than my own home. I guess this means that artistic directors trust me, but to be honest, with each new creation I feel like I start from zero and learn again from scratch how to convey a story, a feeling, an emotion through the art form of dance. Coming back to the Salad does feel like homecoming and I’m so grateful that Nancy Henderek keeps believing in me and supporting my work. 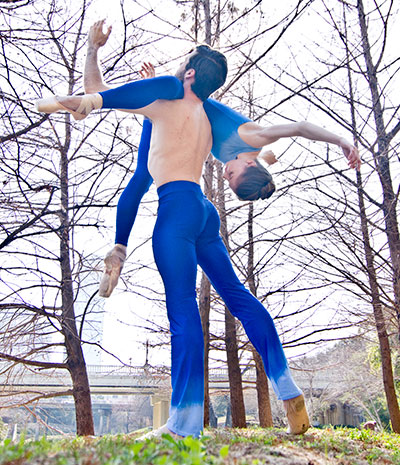 Tell us how the duet with Houston Ballet dancers Connor Walsh and Melody Mennite came about?

The duet is originally the closing part of the piece Cylindrical Shadows, which I choreographed in 2011 for Whim W’Him. That’s when I met Melody. The duet was created on her and former PNB principal Lucien Postlewaite. Peter Boal acquired the work a year later for Pacific Northwest Ballet. Then Melody and I simmered the idea that it would be nice to make an independent duet from it. We found the opportunity for me to pass by Houston for a weekend and finish the duet without really knowing if it would ever be performed one day. You can imagine my ecstatic reaction when I heard that it will have its premiere at Dance Salad this year.

They are both very different kinds of dancers. How did you play off their qualities?

We just had two rehearsals: one to teach the existing pas to Connor, the second rehearsal was to create and finish the choreography. He is a wonderful partner, hence it was a real pleasure to see them interact and trust each other on a deep level. My wish would be to create an entirely new work on them. I hope Secret Santa will hear my wishes. 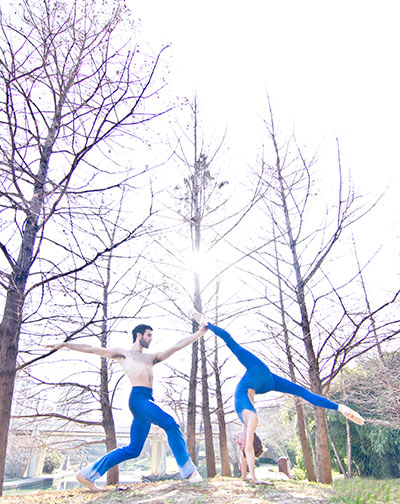 What were the joys and challenges of the collaboration?

The joys: Connor and Melody are two wonderful artists on top of their craft technically and artistically. Challenges: the lack of time. The distance between Houston and my whereabouts around the world.

How comfortable are you with pas de deux form? Is it something you cherished during your dancing years?

I’ve danced a lot of duets in my career. I was very easy to partner and loved being thrown around in acrobatic stuff. I was known for my dynamic way of dancing, that’s why I was never cast in romantic or lyrical duets. I guess some of the duets that I’m creating now are the ones that I would have loved to dance. I also like the fact that with the duet form you always have some kind of story telling due to the interaction between two people.

Later this season, The Scottish Ballet performs your A Streetcar named Desire. Tell us one thing we need to know before we see it.

For the American audience that has read the book in school, the story does not start in New Orleans, but is being told in chronological order. I wanted the audience, who doesn’t know the story, to understand the psychology of the main character in order not to judge Blanche Dubois’ choices but to understand the origin of her inner struggles. 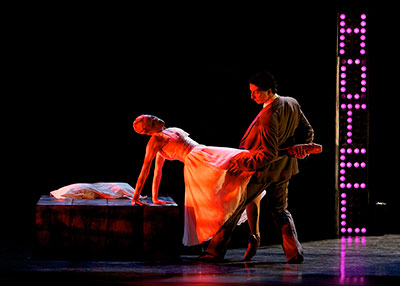 Eve Mutso as Blanche and Erik Cavallari in The Scottish Ballet’s production of A Streetcar Named Desire, with choreography by Annabelle Lopez Ochoa. Photograph by Andrew Ross.

What are you working on right now and where do we need to go to see it?

I recently premiered Zip Zap Zoom for West Australian Ballet, who will also perform La Pluie. Then I’m off to the Philippines where Ballet Manila will dance a new work of mine called Bloom, my first ballet with tutus. I will start working on Daniil Simkin’s Intensio project with seven ABT dancers, which will premiere at Jacobs Pillow this summer. Then I will fly to Russia where Ballet Moscow is premiering my work Eros Redux at the end of March. And to finalize my season, I will create a new work for Incolballet, a Colombian company based in Cali, that will premiere at the International Dance Festival of Cali in June. All very far from the States, but next season, I will have more works on US soil.