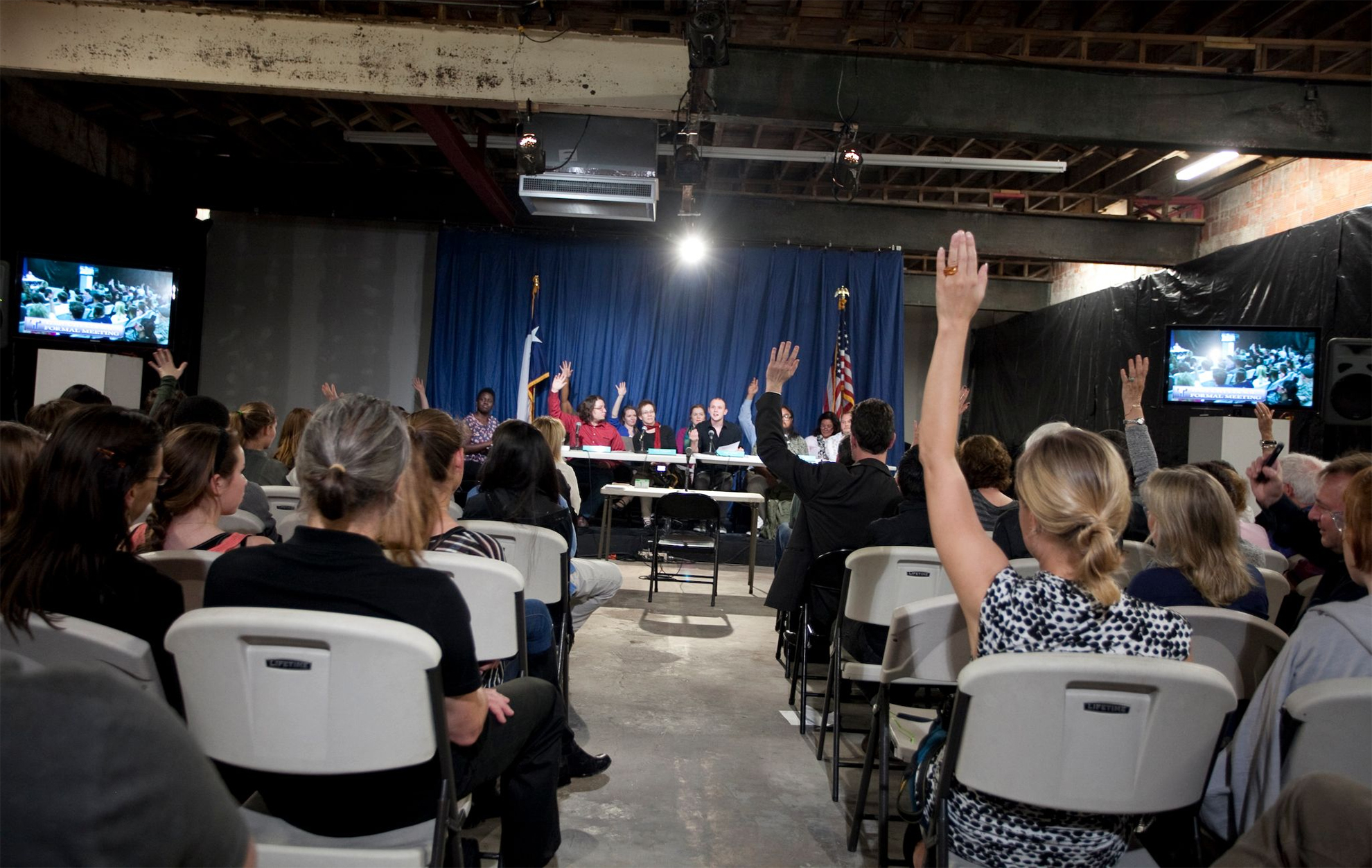 In the fall of 2012 I showed up to watch a dress rehearsal of City Council Meeting, an exercise in “performed participatory democracy.” I expected to do my usual routine, remain invisible as I gather and skedaddle, so I could have my story up before I left town. Within minutes of arriving I learned that I would not be watching the show, I would be in the show, and specifically playing the role of Houston’s historic Mayor Annise Parker.

Thanks to a group of quick-footed “staffers” who handed me index cards with exactly what to say the second before I needed to say it, I was able to lead a contentious discussion on drainage infrastructure, something that would prove crucial in years to come during Hurricane Harvey.

Equal parts strange and empowering, I managed to be part of something that became one of the most compelling theatrical events ever to take place in Houston. We are still talking about it, and wondering if something of this complexity could still happen here today.

Now, a new book by Landsman and Catlett, The City We Make Together: City Council Meeting’s Primer for Participation, is out from the University of Iowa Press, chronicling the story of this extraordinary and unconventional theater event, its theoretical underpinnings, and most importantly, the nuances of navigating so many moving parts, in terms of city buy-in, gathering invested staffers, using non-actors and working closely with community partners.

I confess to going straight to the Houston section, and found myself amazed by the caliber of folks the team gathered to serve as partners and staffers, including the story of getting Councilman Stephen Costello on board. 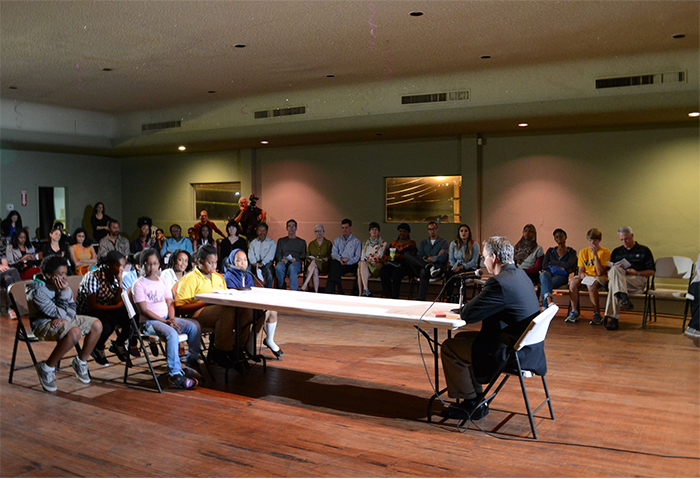 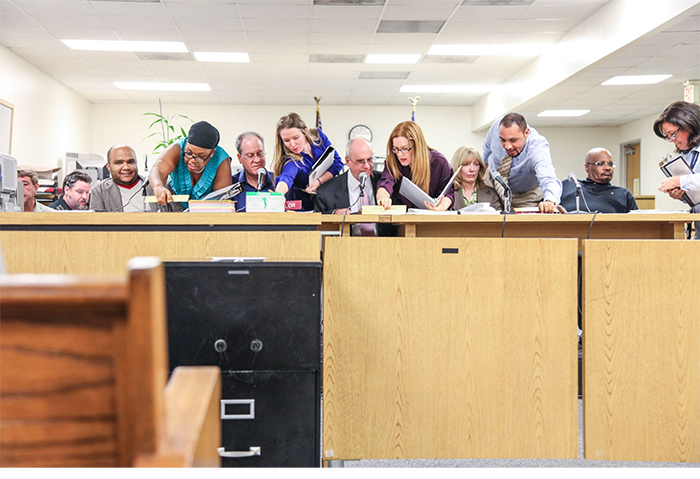 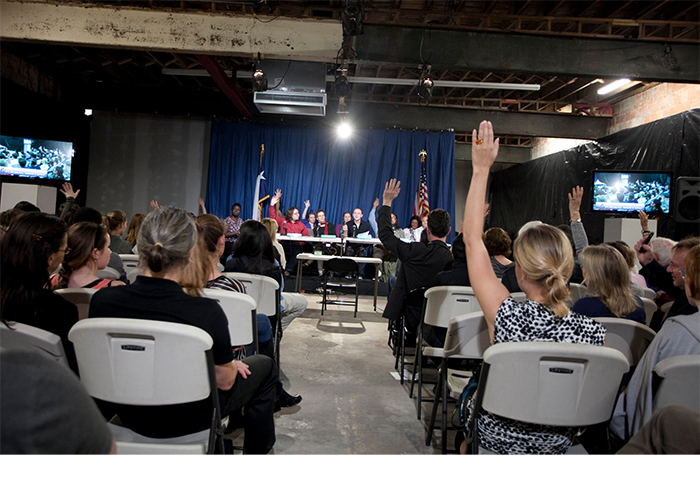 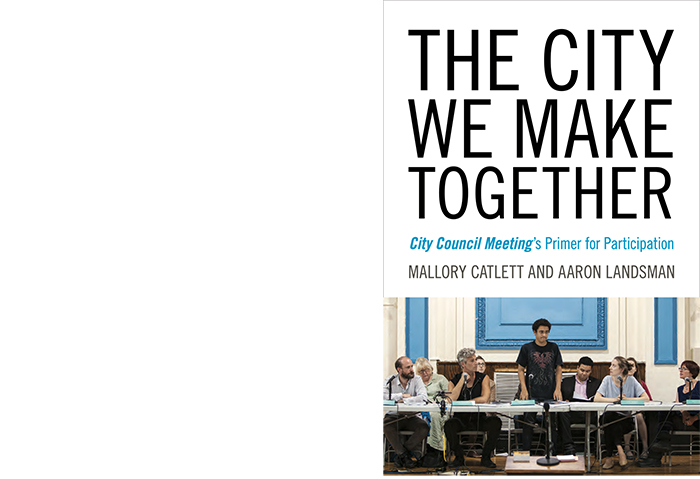 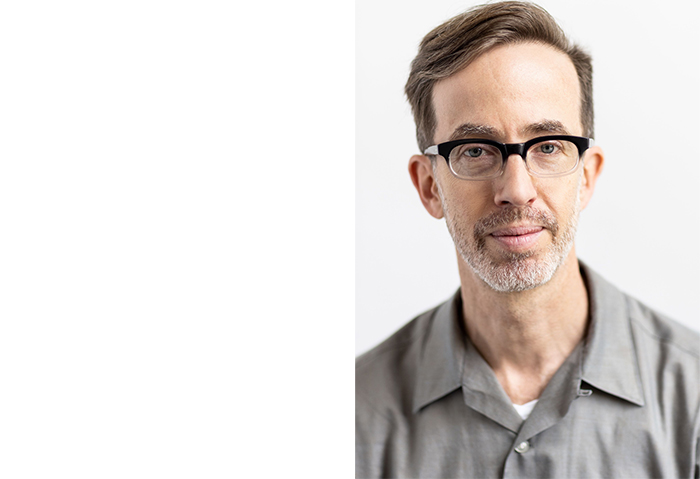 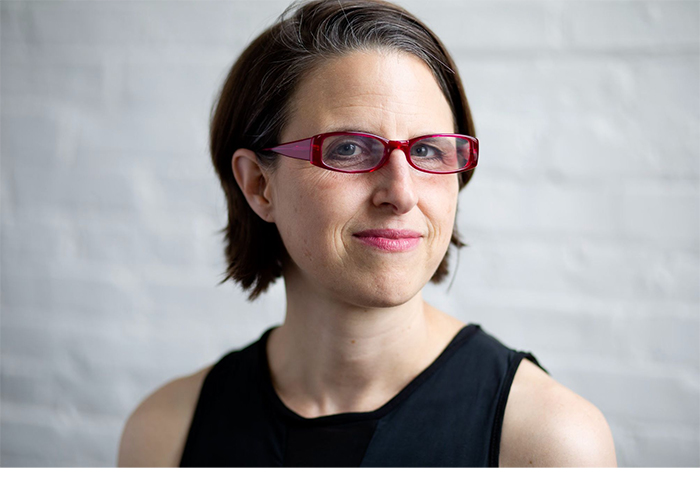 You need not have been a site for City Council Meeting to mine the treasures of this book. This is a very handy how-to book for working with non-actors, the sometimes laborious process of building rapport with non-art-world folks, and what happens when things don’t go as planned. I appreciate that the team included the things that did not work and what they learned from that experience. This is a must-read book for those wishing to dip into community-based practices.

The City We Make Together takes us through the first time Landsman stumbled upon a city council meeting in Portland, OR, to the early stirrings of making a City Council Meeting, and finally, the aftermath of how the piece impacted the participants and these cities.

I met Landsman and Catlett at a time when I was wondering what else theater could do. City Council Meeting clearly demonstrated the answer. In the end, I was disappointed that I never actually got to see the show. As I was reading the book, I asked many friends if they remembered City Council Meeting. Not only did they remember, they, too, were in it! And maybe that’s the point. We are all in it, we perform the city every day. 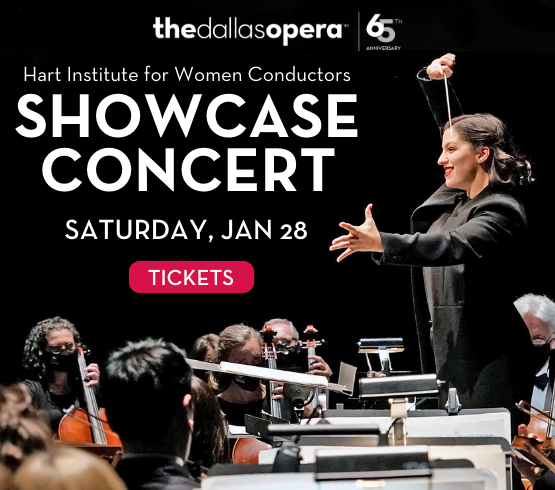 When someone asked Catlett why they didn’t use real actors, she replied, “We did, and you were fantastic.” There’s a message here, perhaps we are the real actors in our cities.

On Nov. 16, 6pm, DiverseWorks hosts an event to celebrate the publication of The City We Make Together at Basket Books & Art, with DiverseWorks deputy director Jennifer Gardner and former co-artistic director Sixto Wagon in conversation via zoom with Landsman and Catlett.