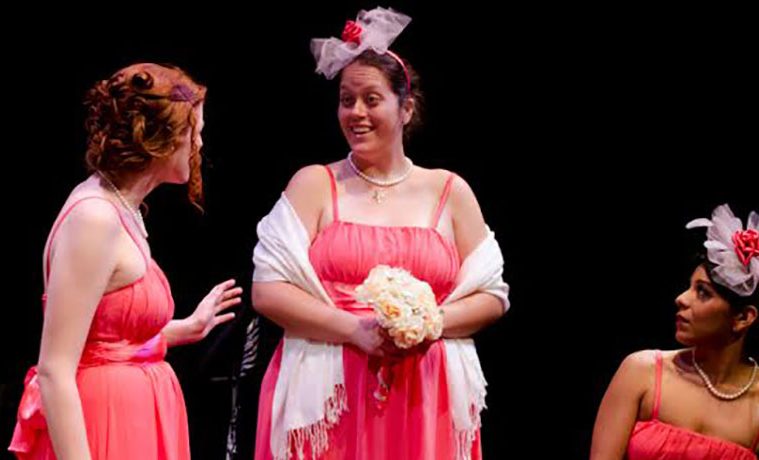 A Space of Her Own 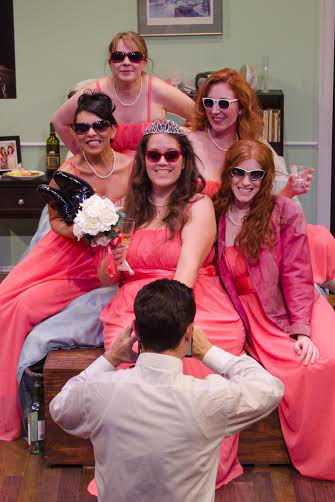 Jennifer Decker is having a moment. Her cell phone is dying and she’s left the battery charger for it in the car. She’s a little breathless as she explains it’s not only set load-in day for Five Women Wearing the Same Dress, running a Mildred’s Umbrella through June 21, but that she’s in the cast – and she trying to take her theater company to the next level. The dying cell phone is an irritation. Or maybe an omen. Or an example of how Decker’s managing to multi-task. Although, since the company’s founder, she’s had plenty of opportunity to perfect that.

“I was an actress, and this company was just a way to get some people together and try to produce some plays,” she explains. “The idea was that we’d produce one play a year that John Harvey [playwright and Decker’s friend] had written.”

That was in 2001. By 2003, Decker had been convinced to do some directing of the plays, and in 2004, she incorporated Mildred’s Umbrella, named for a verse  in Gertrude Stein’s “Objects” set of poems. Their plan was to perform edgy, new works. Over the years, that’s been the company’s guiding force, but lately, Decker says she’s working to make her brand and mission statement more clear.

“We’ve premiered the works of several female playwrights,” she says, noting that plays by Naomi Wallace and Edna O’Brien have crossed the Mildred’s Umbrella stage. “And being a voice for women writers is essential to what I wanted to do with this company, as well as employing women actors and artists.”

She’s been given assistance with that brand-building and in moving the company forward thanks to a three-year grant from the Houston Arts Alliance’s Resident Incubator Program. The company was named part of the project last year. As part of that, Mildred’s Umbrella received a grant for operating expenses, office space in the Houston Arts Alliance building and access to professional development opportunities. That’s enabled Decker to hire a company manager, Rebecca Ayres, as well as pay herself a salary.

“Becky complements me completely,” says Decker. “I can focus on the art, and she handles so much of the administrative side. I’ve done that, but it’s not my inclination.” 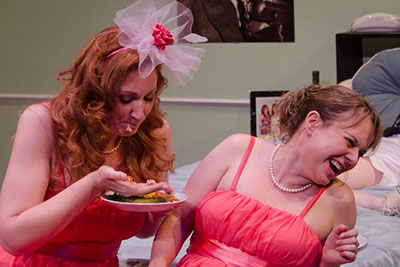 Since one of Decker’s inclinations has always been to look for ways to support women, whether by producing their works or employing them, last year, she went seeking ways to be more involved in community outreach. That’s what led to The Women’s Project, a partnership between Mildred’s Umbrella and multiple Houston agencies that assist with women’s issues.

“I’ve always wanted a way to give back,” she says. “And when I began this incubator program, I had to start thinking differently about what made us unique. I kept coming back to: we’re about women.  Women artists. Women protagonists. So, The Women’s Project a series of plays separate from our season where we share proceeds from the plays with area organizations that cater to women’s issues.”

For Cassandra, which ended its run last month, and Five Women Wearing the Same Dress, the partnering charity is the Houston Area Women’s Center; for the last two plays in the series, Late: A Cowboy Song and Becky’s New Car, Decker hasn’t nailed down the charity yet.

Those four plays, are different in style than the company’s usual offerings, Decker says. Five Women is the story of five bridesmaids who seek shelter from a wedding reception, hiding out in an upstairs bedroom at the house where the wedding takes place. The quintet find they not only don’t much care for the bride, but have more in common than they all thought.

In addition to the works in The Women’s Project, Mildred’s Umbrella produces four-play mainstage series. Opening at the end of July is Pollywog, by Keina McKee, making its world premiere at Mildred’s. It’s the story of a woman who swims the Atlantic Ocean to scatter her mother’s ashes, accompanied by two imaginary friends, Esther Williams and Johnny Weismuller. Both were Hollywood screen icons, Williams known for her swimming sequences in several movies and Weismuller as Tarzan.

“The challenge in producing the play is how to represent swimming on stage without using water,” Decker says, her excitement at producing the play evident. “And we have a great choreographer in Jennifer Wood helping us to figure it out.”

During the last decade as she’s built the company, Decker says she’s figured out a lot, too, especially in terms of where she wants the company to go.

“Our works are experimental ,” she says. “Some of John’s are almost performance art. But I look for quality. I want to show you something you aren’t going to see somewhere else in Houston. Being part of this incubator program has really made me think about those things, and I am so happy to be part of it.”

She’s also happy to have an office, she says, although it did take a little getting used to. “I’m at a point now where I can go into the office and do all this work there, as opposed to it being 11 o’clock at night and I am sitting on my couch with my laptop.”

So, as Decker grows, so does Mildred’s Umbrella. The company’s second play of the 2014-2015 season, Red Death, is a Houston premiere. And Decker says she remains committed to producing new works and introducing audiences to new voices.

“I love that we can put a stamp on a play without being influenced by something we might have seen somewhere else in town,” she says. “And it’s important that we do new works, to keep pushing the art along.”