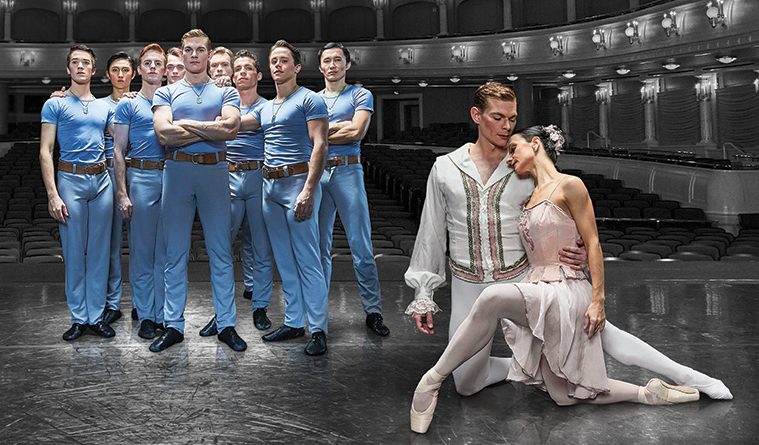 A Spring of Firsts at Texas Ballet Theater 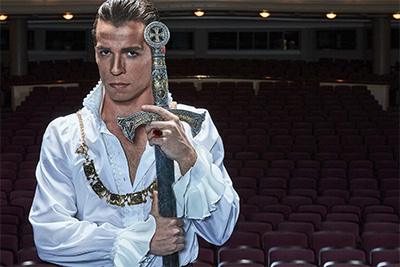 After 15 years at the helm of Texas Ballet Theater, Ben Stevenson appears to be catching his second wind.  The 81-year-old artistic director’s ambitious plans for two March programs at Bass Performance Hall in Fort Worth include the company’s first mounting of a work by Russian-born Alexei Ratmansky, perhaps the hottest contemporary ballet choreographer of the 21st century. The March 2-4 bill also boasts the premiere of company member Carl Coomer’s sprawling take on Henry VIII, an hourlong production.

TBT then presents an all-Stevenson show March 29-31: the debut of his latest piece, a three-parter set to excerpts of modern music by Czech composer Bohuslav Jan Martinů, and a revival of 2007’s Mozart Requiem. Both were stirred in his imagination by tragic events in the news. Requiem was triggered by an interview he saw with the mother of an American serviceman who had died in Afghanistan. “She said that people think of soldiers as men marching around with guns, but that’s not all they are,” he recalls in a phone interview from the TBT studios. “They’ve also got their dreams and desires. Her son wanted to be a violinist.”

Martinů Pieces was sparked by a couple that Stevenson saw on television. They had lost everything in Hurricane Harvey. Their story became the middle section, a pas de deux. “I was so touched and thought there must be a lot of people like that who literally had nothing left at all,” he says. “That spurred me on.” The duet depicts the pair as the storm approaches and then flashes forward to its aftermath. According to him, the first section is a classical “dance-y dance” for six couples and the third a big gathering of 24 performers.

Martinů was an unconventional choice for the score. “He’s an unusual composer,” Stevenson says of the post-Romantic who was fond of incorporating folk melodies from his native country. “He’s not used for ballet much. But I heard his music in the car one day and thought it would be interesting to choreograph to. It was a bit of a challenge for me. It’s like three little essays having nothing to do with one another.” His first major work in a decade comes at an interesting time for Stevenson and TBT. In recent seasons, he expanded the company’s repertoire with commissions from contemporary choreographers and established pieces by modern ballet masters while also developing new voices from within. 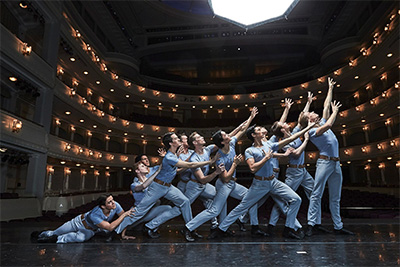 TBT will perform Ratmansky’s 2009 Seven Sonatas, previously seen in Dallas when TITAS presented ABT in 2012. The former director of the Bolshoi Ballet has been lighting up the New York dance world since he became artist-in-residence at American Ballet Theatre in 2008. He also has made work for New York City Ballet. Revelatory in advancing neoclassical ballet beyond bravura feats, poses and front-facing presentation, he has adopted a subtler style emphasizing the relationships between the people on stage. “The piece is beautiful and not easy to do,” Stevenson says. “That makes the company grow.” This is his proudest achievement. “Life has its ups and downs, but it’s been such an exciting experience because of the dancers. Their energy and drive — I couldn’t wish for a better group of people to work with.”

Coomer is an example. One of TBT’s most riveting dancers, he has been building a resumé of choreographies with Evolving (2012), Clann (2014) and The Cavern Club (2015). Henry VIII, set to Holst’s The Planets, may be his boldest statement yet. The production features projections, 3-D mapping and a planet for each of Henry’s wives. “It was one of the first pieces of classical music I was exposed to in school, and I really fell in love with it. It’s so powerful,” he says. “I went through the score and decided which wife would be which planet, which mood suited each of them. And it just fit perfectly.”

The costumes were designed by a University of Texas student who won a competition over five of his peers. Coomer says he’s going for a period piece, “but with a modern edge to it.” A fan of The Tudors TV series, the Liverpool native was familiar with the British king from history class and has been thinking about creating a ballet about him for at least two years. “People like to see a bit of the dark side on stage. Obviously, there’s a lots of love and passion in it, but there’s also lust and death and cruelty as well. That’s life. But it’s not going to be totally gruesome or anything. It’ll be classy.”

As in Clann, which depicted Irish-Scottish culture in a series of short scenes ranging from lighthearted to the murder of a girl, using a variety of movement approaches is important to him. “Mars is a battle scene, so that’s a bit more contemporary in the way that the guys move,” Coomer says. “The pas de deux with Henry and Jane Seymour is more romantic and classical. I like to switch it up to keep the eye interested, so it’s not all one style.”

He came to dancing like a lot of men, through his sisters. “I was always obsessed with Michael Jackson and wanted to dance like him, but I was never going to wear a pair of tights,” he says. “No way.” Finally convinced to try a ballet class at age 13, he started taking the idea more seriously when the next step was a summer in London on scholarship at a dance academy. Positive feedback, acceptance into the Royal Ballet School and the realization that he could make a career of it had him hooked.

“I always liked the arts, and when I was younger I was playing soccer, swimming semi-professionally and doing Kung Fu and Judo,” Coomer says. “I think what people saw was that I was physical at a time when not a lot of boys in England were willing to dance. Choreographing is a totally different animal. I’m showing people what I want, but at the end of the day I’m not going to be the one on stage. It’s like creating a painting where you put all this work into it and then you can sit back and admire it from a different perspective, enjoy it for what it is.”