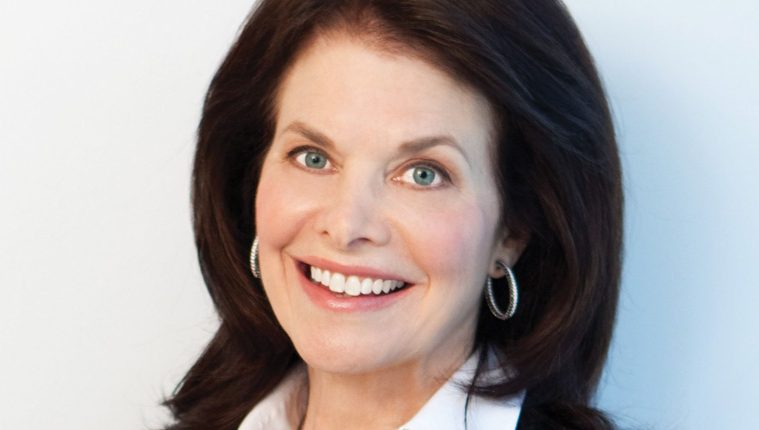 It has been about 15 years since Sherry Lansing, ask the first woman to ever helm a major film studio in Hollywood, treat first impressed me with her grace and charm. I met her back when I was on the board of Women in Film Chicago, order and the Hollywood powerhouse was being honored with the Women in Film Chicago Achievement Award for 1996.

Her 30-year career in the film industry played out like a blockbuster movie itself. First at 20th Century Fox Lansing was president, then moved on to an independent producing career, and was later named Chairman and CEO of Paramount Pictures where she stayed and eventually retired after 12 years. At one time, she was one of Hollywood’s most credited film executives; overall, 80% of the films released by Paramount under Lansing’s direction were profitable, a track record unmatched by any other long term studio management leader.

Among the 200 films associated with her include such Academy Award winners as Forrest Gump, Braveheart, Titanic, and The Accused, the 1998 film that pushed actress Jodie Foster onto the “A” list with her award-winning role as a rape victim.

When she left her coveted role at Paramount Pictures, I was living in Los Angeles and it was the buzz all over town: why would anyone leave a position like that when they were at the top of their game. However, recently talking to Lansing, I now know one thing for sure — she is always at the top of her game no matter the role.

“Somewhere, I don’t know, in my early 50s I guess, I started to really find that my interest was changing and that as much as I had loved being in the film business I was really curious about what was happening in public education,” Lansing says. “I am a former Math and English teacher in public high schools. Then I started to get more interested in what was going on in science and became a Regent (of the University of California) and my interest started to shift.”

Lansing says it was around that time that she vowed to herself that when she was 60 years old, she would jettison the movie business and start her own foundation dedicated to cancer research. The Sherry Lansing Foundation (SLF), a nonprofit organization dedicated to cancer research, health, public education, and encore career opportunities, was formed in 2005. Among the SLF’s initiatives is the EnCorps Teachers Program, founded by Lansing to retrain retired and mid-career professionals from the technology sector to serve as math and science teachers in California public schools.

“I left Paramount when I was 60 and it was a seamless transition because I had been involved in so much before that I cared about, that I sort of went from one office to another and began what I would now refer to as an Encore career,” she explains.

Even with a career that just about anyone would be envious of, Lansing followed her other dreams and, perhaps like one of the lead characters in one of the films she produced during her career, she knew when it was time to make those distant dreams a reality.

To that effect she took her philanthropic ideas and turned them into works that are just as award winning as any of her studio babies. Lansing serves on the board of the American Association for Cancer Research Foundation and is a co-founder of the Stand Up to Cancer initiative. She is also Chairman of the University of California Board of Regents.

I talked to Lansing a few weeks before the Dallas International Film Festival and discussed not only her beloved foundation, which she says makes her feel younger than she has ever been, but also her love of film and her admiration of her husband of 21 years, film director William Friedkin. Both Lansing and Friedkin will be in town to accept a Dallas Star Award at the 7th Annual Dallas International Film Festival on April 12 for their contributions to the art and history of film.

A+C: How do you see the motion picture industry now that you are looking in on it from another angle?

LANSING: Well, you know I am just a fan now. I loved my time in the movie business. How do you say this? I left at a certain point where the highs weren’t as high, it was getting repetitive doing the same thing, and I wanted a new challenge. Now, I swear, if anything, I enjoy movies more because I am just a fan. I still have the same friends in the movie business and I go to movies on an average of once or twice a week. I still love movies, but I don’t sit there and think, “Why didn’t I make that movie?” Or, “Oh my goodness, that movie is going to hurt the movie we have out this weekend.” I enjoy it pretty much like I did in the beginning because I don’t have that pressure.

A+C: Did you ever shoot in Dallas?

SL:  Yes, not as a producer, but as an executive, and I think the city is fantastic and that is why we are accepting this award. I really look forward to coming to Dallas. I love the city and I love the people there, warm and so open and so embracing. One of the reasons that I wanted to do this was to come and visit Dallas.

A+C:  In regard to your husband, William Friedkin, who has produced and/or directed some great films over the years like The Exorcist, The French Connection, and one of my favorites To Live and Die in LA, are you the first or the last to see his work?

SL: I am usually the last person to see it — when the movie is done. He shows everybody and then I get to see it. It was always like that. I think that we are extraordinarily respectful of each other and we leave each other alone to do our work. Our sensibilities are different in what we gravitate to, and yet I think my husband is a genius and I am in awe of his talent, and I am in awe of the movies he makes.

SL: I am his biggest fan and I always was, even before I knew him. I had seen a movie called The Sorcerer when I was reading scripts for $5 hour, and it was my favorite movie. I just thought that if I could ever make a movie like that, I would be thrilled, and that was his movie.

A+C:   What has been the most influential film to you?

SL: The films that affected me as a child and made me want to go into the film business were so many. Everything from The Pawnbroker; Sabrina; Love in the Afternoon, where Audrey Hepburn taught me about love; One Potato Two Potato and To Kill a Mockingbird, which were movies about social issues; to The Wizard of Oz, where I screamed when I saw the wicked witch. Movies affected me so much and, when I was a child, I went to the double feature every Sunday on the Southside of Chicago. I knew then that I wanted to be in the movie business, because this was the most magical thing and it transported me emotionally.

A+C:   And your new career, I certainly admire you for making a career change and being so successful yet again.

SL: I had no trouble leaving Paramount. I was done, I wanted a new life, and I dreamed about doing this for several years before I did it. I think life is most exciting when — if you are lucky enough to achieve your dreams —you dream new dreams and you get new challenges. When I left Paramount — and this is not knocking it at all because it was wonderful — I felt like I did when I first graduated college and everything was new to me and I was learning new things and I was curious. I had to learn what a stem cell was when scientists were drawing pictures for me, and I felt almost giddy, and I felt so young. This is a new world to me so I am not repeating myself. If you love doing the same thing until the day you die, that is a gift, too; just be passionate about it.