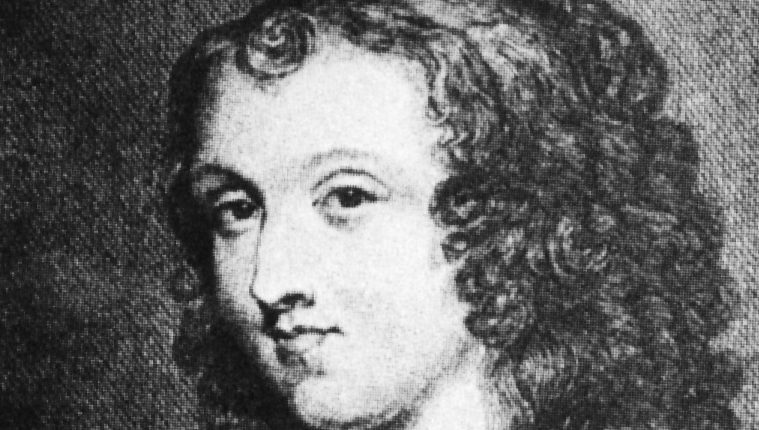 A Woman of Substance

An illustration of writer Aphra Behn.

She may be the opposite of a one-hit wonder – she was someone whose career outshone any one particular work. But novelist Aphra Behn has long been overlooked by history books. If she exists in the pages at all, diagnosis she’s often skimmed over in a lengthy list of Restoration-period writers. But a keen eye and an authority on 17th century nomenclature would pick her out as the only female amongst the lot of John Dryden, John Locke, et al.

There was no glass ceiling for Behn to even peer up into. She poked her way into the British court as the English language’s first professional female writer, a feat that continues to inspire women (and men) today. It so inspired Echo Theatre to devote the upcoming 2012-13 season to the story and work of Behn.

“You can’t have a mission statement like ours without recognizing the importance of Aphra,” says Kateri Cale, a founder and producing partner of Echo. “My only wish is that we could produce more of her work.”

Dedicated to unearthing the power of the female voice, Echo will open the season on September 6 with a production of Or the historically fictitious biography of Behn by Liz Duffy Adams. For the season’s second show, the women have not yet selected from over 15 plays Behn published in her lifetime. However they promise it won’t be Rover — the most frequently produced of her works.

When I asked Jessica Cavanaugh to describe Or, in which she plays Behn, she chuckled. “Well, I’ve been trying to figure it out. It starts out as the story of her life and wanders into a French farce. And underneath there’s this comparison of the Restoration to the 60s in America. In the whole work there’s a sense of expression – free love.”

The play opens with Behn in debtor’s prison, where she transcribes a letter to the king demanding payment for her service as a spy during the Dutch War. And though the circumstances within which Duffy writes her play are historically accurate, she takes many liberties with the interactions between Behn and other characters, imagining a host of sordid affairs and romantic intrigues.

While Cavanaugh plays solely Behn, two other actors (Morgan Garrett and John Venable) play numerous lovers and friends of the writer, including King Charles II and the stage actress Nell Gwynne. Quick costume and vocal changes bring a whirlwind, dream-like element to the world of the play, which gives Terri Ferguson a lot of freedom as the director. “There’s no way to know if Jessica is performing the correct version of Aphra,” Ferguson says. “And I think that has allowed us to have even more fun with the script.”

The primary documents for the study of Behn are her writings, which house implications of both her wit and an open view of sexuality. Alexander Pope once complained that Behn “puts all characters to bed.” And as the periods that followed the more frivolous Restoration fluctuated toward a more prudish ideal, Behn’s work was often ignored.

Kateri Cale, a founder and producing partner of Echo Theatre, pictured above.

uring her lifetime Behn received criticism for both her sexuality and her gender. In her research as a scholar of early female literature and president of the Aphra Behn Society, Karen Gervitz found a story that detailed an opening night of one of Behn’s plays. “Before curtain, a man very loudly said, ‘Well this can’t be any good if it was written by a woman.’ Behn later blamed the failure of this particular work on his comment.”

Condemnations like these resonate with the founders of Echo Theatre, who recognize that even in modern society female writers earn detractors based on gender. “The statistics still aren’t in our favor, but they’re improving,” Cale says. “When we started our company people didn’t believe we’d find enough plays by women, but we have never run out of material. Quite the opposite really.”

Although plans to produce a Behn play have existed for years, it wasn’t until Echo found Or that they committed to spending the 15th season with her — primarily because Behn’s name remains relatively unknown. “It made more sense to start the season by introducing our patrons to her, and then follow up with her work,” Ferguson says.

This decision mirrors Gervitz’s approach to the study of Behn. “Her staunchest defenders will often exaggerate the importance of any one work. But some of it is unpolished. Some of it’s really not even good. She wasn’t Shakespeare. But her career as a whole is incredibly important.”

Despite facing setbacks, Behn never stooped to bitterness — many of her plays discuss love and end with marriage. “I feel as though Aphra’s made me see the world with more hope. She made the world open up to her,” Cavanaugh says. “It’s been inspiring to spend time being Aphra Behn.”

For more an Aphra Behn and her works being staged at Echo Theatre in Dallas, visit our media partners TheaterJones.