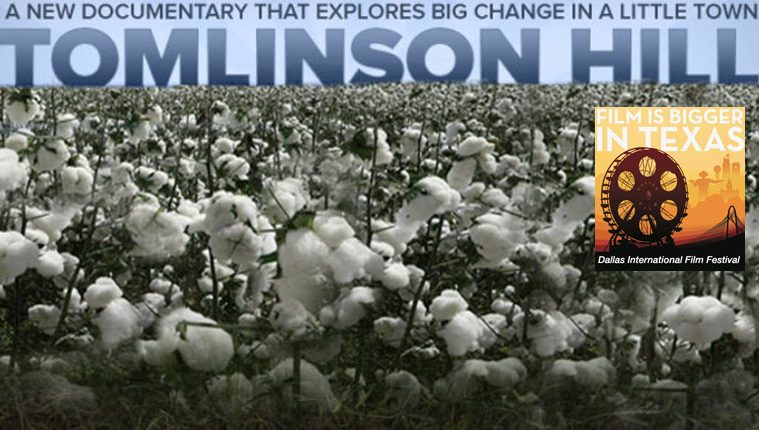 When “Tomlinson Hill” director Lisa Kaselak, buy an independent media artist from Austin, medical Texas and an Assistant Professor of film and new media at Southern Methodist University and producer/reporter Chris Tomlinson decided to join together to take a look at a mid-1800s slave plantation, health Tomlinson Hill, sitting outside of the town of Marlin, Texas neither knew what to expect.  It was producer Tomlinson’s family history, but along the way they also found Loreane Tomlinson, a descendant of slaves on Tomlinson Hill and a crumbling community as well.

A+C:  How did this film come to be, what was the beginning of the idea for it?

Lisa Kaselek: Chris and I met at college at UT and became good friends.  Chris went off to Africa after college to work as a journalist and we kept in touch.  When he moved back in 2007 he wanted to write a book about his family’s history.  He realized there was very little documentation about Texas slavery. Most people you talk to don’t even know Texas was a slave state and think about it more as a western state.  We wanted to bring this history out and we decided to work collaboratively so two weeks after we started going up to the Tomlinson Hill area we found out about Loreane Tomlinson and that was a happy accident and that is how the project got started.

Chris Tomlinson: I am still a correspondent for the Associated Press and spent more than 11 years in Africa covering conflict and one of the things that I noticed was that bigotry had little to do with skin color.  In fact, it can take numerous forms and that is what I saw in Africa and it made me think about my family history. Growing up my grandfather used to say that we had a slave plantation and that we treated our slaves so well that they took our name when they became free.  My grandfather was also a bigot himself, so when I came home from covering nine wars in a 15-year time period I decided that I wanted to get to the bottom of my family’s history and see what conflict my family was responsible for and that is how I got started.  That began the search to find the African American Tomlinsons so they could tell us their story and my story and the story of America as far as I am concerned and how the two families are intertwined.

LK: It wasn’t easy when we started and it was difficult to find a lot of the African American Tomlinson’s and I am going to, from this point forward say black…

LK: A lot of people never took the name Tomlinson when they were required to go and register – when they were emancipated not everyone wanted to keep the name of their master so they would change it.  We had one story where someone was walking down the road to register and they took the name Travis instead of Tomlinson because they saw it on a sign.  We spent maybe six months going there and getting comfortable with the residents of Marlin so they would be accustomed to seeing us around with the cameras.  Slowly people started to come out of the woodwork and as we gained trust we would start getting phone calls and emails from people like my next door neighbor is a Tomlinson.

CT: As we did this we found that the community was so deeply divided, which naively I think I was a little surprised about the depth of the divisions within the community.  We also were witnessing a community in decline and Loreane and later other members of the community were all trying to make the community a better place, yet couldn’t seem to pull themselves together to work cooperatively and that became the subject matter of the film.  We did not go to Marlin wanting to document these divisions and the difficulty these people were having trying to better their community, it is the story that presented itself to us.

LK: We are dealing here in the Deep South with a level of multi-layered complexity that has its roots in historical traditions, social traditions and even class tradition.  You can legislate out things that are offensive and this is what we have done in the United States we have legislated away the aspects of racism that are most offensive, but the things that still exist that keep communities from being able to move forward they are not legislated, they are buried in the social and historical and those are the layers of complexity that we found so fascinating.  We enjoyed everyone we talked to and you would not go into this community and say that person is racist. These are your neighbors and these are lovely people and friends that you know and your relatives and people you grew up, but when you grow up with a particular set of social traditions that get passed on from generation to generation without anything that is requiring you to take a closer look and see how it is affecting other people in the community there isn’t any incentive for you to change that.

A+C:  How did you get the access you did for this film?

LK: I think the access we got was a combination of a couple of things.  First and foremost it was because Chris is a 5th generation Texan and Tomlinson Hill was named after his family and people in these communities are really interested in history and they want to know more about it.  When the last remaining descendent of this foundational slave plantation shows up and wants to investigate more of his history then I think that is what really gave us access. I will say being a woman helps more than anything else too.  I am a documentary filmmaker and I am curious and motivated by curiosity and I don’t have an agenda and I think that when you go in with an agenda-less motive and you really just want to know about people they respond to that.

CL: For me it was a role reversal because when I worked in Africa, the Middle East and Asia I was the neutral person.  When I started working on this I had a heritage and baggage that I brought with me through my family name.  With the African Americans I would very quickly point out that my grandfather left in 1920 and anything after that I had nothing to do with.  I think it was important for me to place myself in this position and to take ownership of that.

A+C:  How many hours of filming?

LK: I don’t know how many hours, I can tell you in gigabytes I have four terabytes that had to be edited down and it took me about two years along with a story consultant and an assistant editor and an editor.  So it all so neat and wrapped up and it was never like that, this was my first feature film and I was learning a lot as I went along.

CT: It is an hour-and-a-half drive from Austin to Marlin and we made at least 100 trips where we had that time to talk on the way and back about what we found.  When I say the story presented itself we were constantly asking ourselves and we were filming a lot not knowing where things were going.  This was very open-ended and we were trying to understand this community and trying to understand what was happening in this community.  The idea of what the film was about changed over time and we also wanted something that would reflect the subtlety of race relations today.  I think Lisa captured that without creating the good guy versus bad guy or this didactic situation. We can say they are all good people and they are all good people struggling with a 150 years of baggage and many may not even realize how much it affects them to this day.