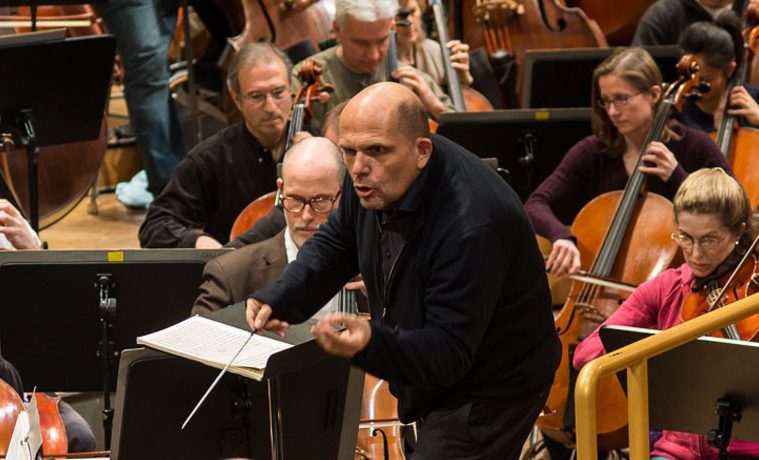 Symphony Orchestras Thrive Across the State

IMAGE ABOVE: Jaap van Zweden and the Dallas Symphony rehearse in Vienna prior to a concert there last Spring. Photo by Paul Phillips. 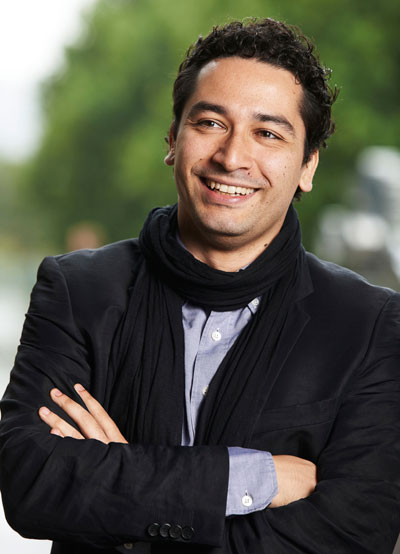 It’s a new era for the Houston Symphony. When Maestro Andrés Orozoco-Estrada mounts the podium this month to conduct a program featuring music by Sergei Rachmaninov, Sophia Gulbaidulina and — with the renowned violinist Midori —Felix Mendelssohn’s Violin Concerto, it will be his first occasion to lead the orchestra since being tapped as its Music Director. He will be, alongside Lawrence Foster, one of the youngest persons in the orchestra’s history to hold that title.

If classical music is dying, the news has not made it to Texas. In addition to the appointment of a new music director, the Houston Symphony is also celebrating its Centennial season, and while the orchestra starts a new chapter in its existence, it’s worth noting that Texas is also home to a multitude of symphony orchestras of every shape and size. With several of the larger ones celebrating major milestones, and both new and smaller ensembles abounding throughout the state, it’s safe to say that the hills (and flatlands) of Texas are very much alive when it comes to orchestral music.

Although Orozco-Estrada will not take full control of the orchestra until next season, the introduction of the ensemble’s 16th artistic leader is generating a level of excitement in Houston that has not been experienced in recent memory. The musicians are especially giddy to have a young and vibrant conductor whose star is clearly on the rise. “One of things that attracted me to this orchestra is that they have a hunger to get better,” says principal cellist Brinton Smith; “They want to inspire the audience and to get the respect of the world and of their peers, and I think that hunger will be very well fed with Andrés.”

A native of Colombia and a resident of Vienna for the past 17 years, Orozco-Estrada has been music director of the Tonkünstler Orchestra since 2009; he has also conducted the venerable Vienna Philharmonic — a rare honor for any artist, let alone one who is only 35 years old and at the beginning of his career. He will appear in Houston four times during the current season as its Music Director Designate.

The charismatic conductor is settling in nicely. “I already feel very comfortable here,” says Orozco-Estrada. “I feel really at home, and I am looking forward to sharing all of this great music with you.”

Music lovers in Dallas got a head start on bringing classical music to Texas. The first concerts given by the Dallas Symphony Orchestra were in 1900, and the ensemble has led the way for symphony orchestras in Texas for most of the past 113 years. As the largest and oldest performing arts organization in the southwest, the orchestra has, over the past 25 years, made more than 30 recordings, toured Europe four times, performed in Asia and Mexico, as well as at both the Kennedy Center and Carnegie Hall. The DSO also has the distinction of being housed in the Morton H. Meyerson Symphony Center — one of the best concert halls in the country, if not the world.

Music director Jaap van Zweden, who has been with the orchestra since 2008, was named Musical America’s Conductor of the Year in 2012, and is loved equally by critics, audiences and players alike. “When Jaap is in town, it’s all hands on deck,” says principal second violinist Angela Fuller Heyde, who also served as concertmaster of the Houston Symphony for a season before moving to Dallas. “Bring your A-Game — because he wants and accepts nothing less, from himself or from his players. It is intense and grinding, but some of my most satisfying concerts have been with Jaap.” 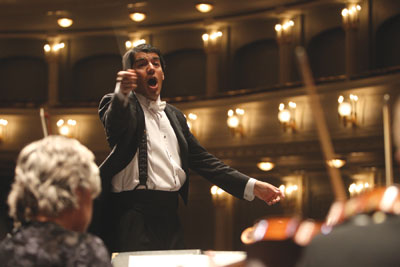 The 101 year-old Fort Worth Symphony Orchestra is distinguished for its collaboration with the Van Cliburn International Piano Competition, as well as for championing of new music by contemporary American composers. Since 2006, the orchestra has maintained a composer‑in‑residence program that now boasts two Pulitzer Prize winners, Kevin Puts and Jennifer Higdon, as alumni.  Under the artistic leadership of Music Director Miguel Harth-Bedoya, this program came into existence and gave a first, critically acclaimed performance in 2008 at Carnegie Hall. However, it was with Maestro John Giordano that the orchestra saw its greatest growth.

When Giordano, then a young music professor from North Texas State University, was hired in 1972, the orchestra of 35 part-time musicians played six to eight concerts per season. By the time he left in 1999, the orchestra was very close to its present compliment of 65 full-time musicians, and had moved into the world-class Bass Performance Hall and made concert tours of Mexico, China and Spain. Giordano is Music Director Emeritus and continues to chair the jury of the Cliburn Competition, a position he has held since 1973. 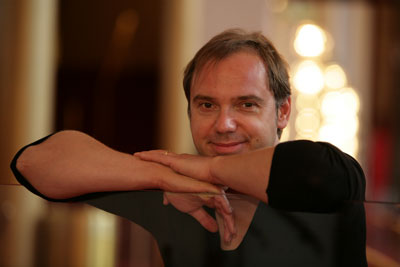 Despite a tumultuous existence in recent years, the San Antonio Symphony has staked its future on the new Tobin Center for the Performing Arts, a $210 million dollar venue, which will include a 1,750 seat multipurpose performance hall, a 250 seat studio theater and a 600 seat Riverwalk Plaza. The Tobin Center will be the orchestra’s home, and will also house a new opera company for the city — still being formulated — and Ballet San Antonio, both of which will be accompanied by the San Antonio Symphony.

“I’m really glad that we have this kind of relationship with both of those organizations,” says Interim President and CEO David Green. “It provides extra weeks of services for our musicians in addition to the regular season, and I think it’s the way to go.”

Currently under the artistic leadership of Music Director Sebastian Lang-Lessing, the orchestra has been rebuilding itself since declaring bankruptcy and cancelling its the subscription season in 2003-2004.

“All the bankruptcy has been paid off and there are no more obligations,” says Green who is the fourth person to take up the lead executive position since his predecessor, Jack Fischman, stepped down in November of 2012.

The orchestra will take up residence in the Tobin Center sometime next fall, just in time to celebrate their 75th anniversary season.

The Austin Symphony is a similarly sized orchestra and celebrated its Centennial Season back in 2011. The ensemble has since grown to 90 musicians, lead by Music Director Peter Bay. The ASO is housed in the Long Center for the Performing Arts in downtown Austin, and will host an impressive roster of guest artists this season, including violinists Gil Shaham and Cho-Liang Lin and pianists Leon Fleischer and Jonathan Biss. They also regularly accompany the city’s stellar Ballet Austin. Bay also recently lead violinist Todd Reynolds in Graham Reynolds’ original composition  for Allison’s Orr’s PowerUP, a performance by the employees and machinery of Austin Energy. 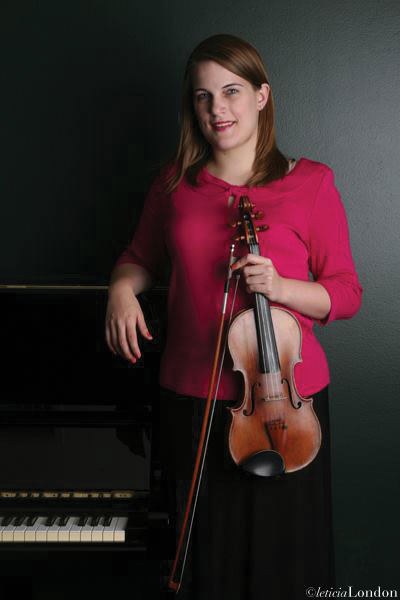 In Cypress, Texas—a suburb northwest of Houston — there are plenty who feel that if their community can have their own Whole Foods, then they should also have their own orchestra. The enterprising young violinist‑turned‑entrepreneur, Caroline Ewan, is one of the true believers. An ambitious graduate student at the Shepherd School of Music at Rice University, Ewan put together a business plan for what has become the Cypress Symphony, as a class project.

“I have a very clear vision of what a successful orchestra should look like, so I chose to create my own,” says Ewan. “Since Cypress is my hometown with a huge population that is growing exponentially, it’s ready for its own orchestra.”

With the encouragement and support of several of her professors, and easy access to a pool of some of the nation’s most talented young orchestral players, she has put together a short season of three subscription concerts, which will be led by principal conductor Zachary Carrettin, currently director of orchestras at Sam Houston State University and University of St. Thomas.

Surprisingly, the Cypress Symphony is one of two orchestras in the burgeoning suburb. The Cypress Philharmonic is entering its second season, and is a similarly sized orchestra led by conductor Glynnes Lanthier.

Houston is also home to two renowned chamber ensembles: River Oaks Chamber Orchestra and Mercury. Looking out across the Lone Star State, there are orchestras in a multitude of communities. Lubbock, Amarillo, El Paso, Corpus Christi, Victoria, Beaumont and Round Rock all have successful ensembles. And it would seem that it is a fact that everything really is bigger in Texas.