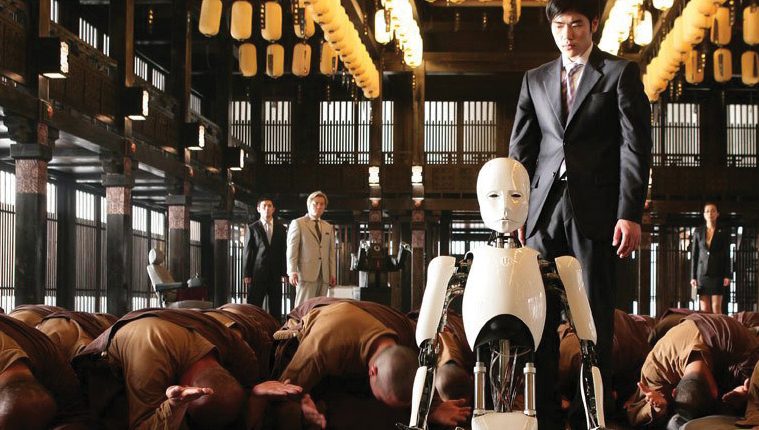 There have been more than 400 Asian and Asian-American filmmakers showcased over the last 10 years and many of them have gone on to be very successful in the film industry. This year’s roster is no less impressive with the Texas premiere of Ace Attorney from Legendary Director Takashi Miike to the much anticipated South Korean science-fiction anthology, Doomsday Book, co-directed By Kim Ji-Woon and Yim Pil-Sung.

This year’s non-competition highlights include several of the exclusive North American Premieres: Derek Yee’s The Great Magician, a period mystery that pits warlords, revolutionaries and a shady businessman against a visiting magician with a secret. The Simon Yam/Nick Cheung thriller Nightfall offers up a cat-and-mouse game between a seasoned detective and a paroled murderer, and Let’s Go! combines gritty crime thriller with wild action and superhero worship.

A+C: How did you first get involved with the Asian Film Festival?

Steve Norwood: Just luck, really. I was looking for something to do over a weekend and came across an ad for the inaugural festival’s lineup; this was 2002. That year’s roster included, as I recall, Battle Royale, The Killer, Kiyoshi Kurosawa’s Cure, and a really wonderful South Korean crime film from Myung-se Lee, Nowhere to Hide, among others. A terrific group of films for an introduction. Over the following years I provided some writing, and made a few suggestions for films. I guess I was being too vocal with those ideas; in 2010 I became the Senior Programmer. Last year I took on the position of Director of Programming. The time spent doing programming has been most rewarding. And frankly, it’s a tight-knit group of really talented and passionate volunteer film lovers who just want to bring something memorable to the audiences each year.

The Great Magician, starring Tony Leung will be screened at the Asian Film Festival.

SN:  Well, to anyone unfamiliar with Asian culture or history, it can be a window into that part of the world while also entertaining them. It can also provide a glance at social and political issues from small parts of the globe that might not be getting any sort of coverage in mainstream media. But from a basic entertainment standpoint, audiences with little access to or awareness of Asian cinema can see that there is a wealth of humor, action, romance and drama to be found, if they just have a place to go. We want to be synonymous with that access and awareness.

A+C: Can you tell us about some of the films that will be screening at this year’s festival? Which ones are you looking forward to most?

SN:  I’m trying to maintain a balance between the juggernauts, smaller intimate films, the documentaries and more “eclectic” items. We have been very fortunate in obtaining some exciting North American premieres: Nightfall, The Great Magician and Let’s Go!, all from Hong Kong; and in our Narrative Competition, South Korea’s Dangerously Excited, Lovable and Too Many Villains. Opening Night will be the Texas Premiere of Takashi Miike’s Ace Attorney, an incredibly fun murder mystery based on the popular videogame series. The Centerpiece Film will be the Southwest Premiere of Saya-Samurai (Scabbard Samurai), the third film from Hitoshi Matsumoto, an inventive and offbeat director from Japan. And Closing Night is the Southwest Premiere of the much-anticipated South Korean science-fiction anthology Doomsday Book. We will have a larger and broader selection of competition films this year. A greater number of short programs. And we’re also debuting a student film showcase that will consist of shorts from local area filmmakers. On a personal level, I’m thrilled to have Michael Collin’s documentary Give Up Tomorrow, which examines an eye-opening miscarriage of justice within the Philippines’ legal system. A new 35mm print of the 1968 Japanese classic horror film Kuroneko is stunning to look at. 10+10 is a marvelous anthology from Taiwan that combines all manner of genres and styles to great effect. Also, Headshot from Thailand, a great little thriller about a hit man who sees everything upside-down.

A+C: What do you look forward to most when planning the festival?

SN:  For me, it’s about finding the films. When you’re digging and the known quantity comes up — a new film from an actor or director who is highly regarded — that’s great. But when you run across a lesser-known film, either because the filmmaker is new or it’s just so small that it’s only on the radar of similar festivals around the globe, that’s when it becomes exciting. And when you watch a film and realize “this needs to be seen by others,” and tell yourself it’s better than 75 percent of the films you’ve seen that year, it’s worth all the effort.

A+C: What’s the most interesting film from all past festivals that has stuck with you?

SN:  That’s a hard call, because there have been so many iconic ones over the years. But for me, there are three that immediately come to mind from my time as a programmer; Battle Royale, as I mentioned, was in that first festival, but we played it again last year as part of our 10th anniversary and that movie never gets old. It is well-crafted, brutally effective and giddily subversive. (For the uninitiated, it’s about a government-sanctioned death match involving a class of high school students, all in an effort to keep the country’s youth on the right track.) Symbol, Hitoshi Matsumoto’s second film, was screened in 2010. It begins with some Mexican luchadores and quickly moves to a man in his pajamas in a seemingly locked room. It is a beautiful, mad, exhilarating puzzle of a film. Finally, Ik-Joon Yang’s Breathless, from that same year. A really stunning drama about a thuggish debt collector and a young girl who develop a friendship in spite of their respective personal issues. It’s an amazing debut from the director, who also stars in the lead role.

A+C: Do you personally screen every film before the festival? If so, is there a criteria you go by for a film to be accepted?

SN:  I do, yes. Really, the criteria is to find films that are powerful, engaging, visually stunning and fun, or some combination of those things.

A+C: Are any of the actors/directors/writers going to be in attendance?

SN:  Last year we had quite a few filmmakers who were able to join us. This year, we hope to have as many, if not more. Most of our guest artists are the newer filmmakers in competition; we have had such good luck finding people who are as excited about attending and speaking with our audiences as we are about providing the festival.

–BRYAN KLUGER
Bryan Kluger is the film editor for Arts+Culture Magazine and the editor-in-chief of Boomstick Comics.