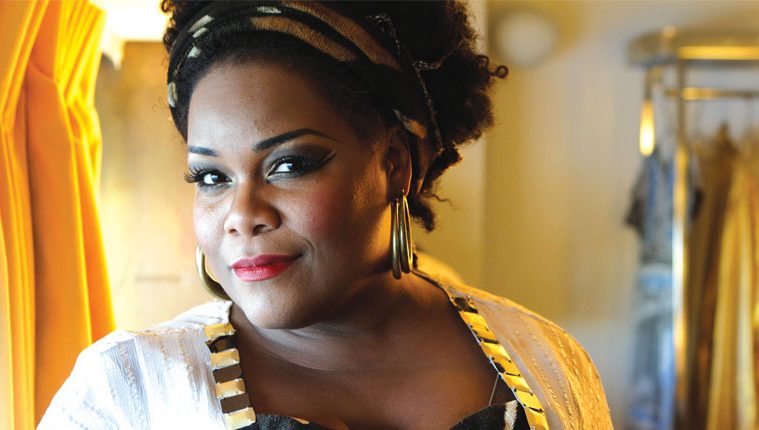 It is the stuff of dreams. Understudy goes on at the last minute. Important performance. Internationally broadcast over the radio. Wows the audience. Endless ovation as the curtain falls. Press raves. Career launched into the stratosphere overnight. The next day, agent’s phone rings off the hook. Booked for years in the future.

Is there a performer alive who hasn’t had this vision? We’ve even seen it in the movies.

It happened in 1943 when Leonard Bernstein, the brash fresh-faced assistant conductor of the New York Philharmonic Orchestra made a last minute conducting debut, without rehearsal, when an ailing Bruno Walter canceled.

It happened again in March of this year. That is when, Latonia Moore, the girl from Houston, who started out singing in the New Sunrise Baptist Church and studied at the University of North Texas, first stepped onto the stage at the Metropolitan Opera House in New York, as a last minute replacement in the title role of Verdi’s Aida — and without rehearsal — for the internationally broadcast final performance.

Not only is this the dream of every soprano, this is the dream role of all sopranos (who are able to sing it). She created a sensation. As Anthony Tommasini wrote in a review published on March 4, 2012, “When Ms. Moore took her solo curtain call at the end, she received an ecstatic ovation…this was Ms. Moore’s day. Bouquets were tossed, cheers rang out, and she looked overcome with excitement.”

The review called her voice “radiant, plush and sizable at its best, with gleaming top notes” and added, “That Ms. Moore is a young black artist singing the most famous African heroine in opera lent an extra dimension to her affecting portrayal.”

Jonathan Pell, Artistic Director of the Dallas Opera, is the man primarily responsible for discovering her. Margot and Bill Winspear, for whom the Dallas opera house is named, also played an influential role by securing a grant that enabled Latonia to attend the famed Academy of Vocal Arts in Philadelphia. Their son, Donald Winspear told me that, “The fact that Latonia can attribute some of her early success to the relationship she had with my parents makes her upcoming appearance in Aida even more special.”

Pell became one her most trusted advisors.  ““I have known her since she was eighteen and a beginning vocal student,” he said in a recent phone interview. “She was studying to be a jazz singer but learned some opera arias to use as her audition. I couldn’t believe what I was hearing. She made her debut with us in 2004 and won the Maria Callas Award as debut artist of the season. “

That amazing moment in March found Pell in the audience, probably feeling a nervous as Moore herself Of course, he had to be there. “When she finished the first big aria, “Ritorna vincito”, the audience erupted,” he said, and you could still hear the catch in his voice as he remembered the experience.

Moore didn’t even know that happened. “I left the stage right after the aria and went straight to my dressing room,” she said in a phone interview.  “Later, someone said that it stopped the show. I have a recording, but I haven’t listened to it. Maybe someday.”

She almost didn’t get to go on. Covers rarely go on in the roles for which they’ve prepared; they are there for genuine emergencies, when there truly is no other option other than to stop or cancel a performance.  So it’s no surprise, since they had some advance notice,  that the Met management brought in another top-ranked artist, Sondra Radvanovsky, to sing the title role when Violeta Urmana (one of the world’s great Aidas), first cancelled for the previous Tuesday performance. This is particularly true because this Saturday afternoon performance was slated to be broadcast to a worldwide radio audience estimated at eleven million.  However, mezzo Stephanie Blythe, as well as some other cast members, spoke up for Latonia. “The cast was with me,” said Moore.

“So, a day and a half before the performance, I got the phone call that I was going on.”

She never had a rehearsal on the Met stage. “There were a few brief staging rehearsals in a small room, but that was all,” she related.

Frankly, Moore had never even been on the stage at the Met except in concert when she won the Metropolitan Opera’s National Council Auditions in 2000; but even that was in front of the curtain.

“’I have it together,’ I kept telling myself, and then, with the curtain closed, I walked on the set right beforehand and I thought ‘Oh … my… God,’” she said.

Little wonder. The proscenium at the Met is 54 feet wide and 54 feet high. The distance from the curtain line to the back wall of the main stage is 80 feet, and the height of the stage to the rigging loft is 110 feet. Since Aida is always a big production, Gianni Quaranta’s set completely fills the space.

“Then I thought, ‘Well, Aida is really nervous in the first few scenes anyway,’” Moore said with a laugh. “The Met made a curtain announcement and I made my entrance. I could feel that the audience was in my corner from the first notes and that made all the difference. I messed up the staging here and there, but there so much positive energy coming from the audience and the cast that I felt completely supported. I think they knew that something exciting was happening. When I came out at the end, it wasn’t just me they were applauding; it was everything. We all felt like we had been through it together.”

A few months later, she was singing the role in Australia at the Sydney Opera House as a last minute replacement for another indisposed singer. Other big engagements immediately followed.  But, best of all, in October, she returns—a Texas girl covered in international glory — to the Dallas Opera, the place where it all began.

“Like opera houses everywhere, we plan years ahead, so we had her signed up to sing Aida long before all this happened,” said Pell, not without some well-deserved self-satisfaction.

“You can bet all my family will be there to hear it.” said Moore, who sang in the Texas All State Choir and played the bass drum in her high school marching band.