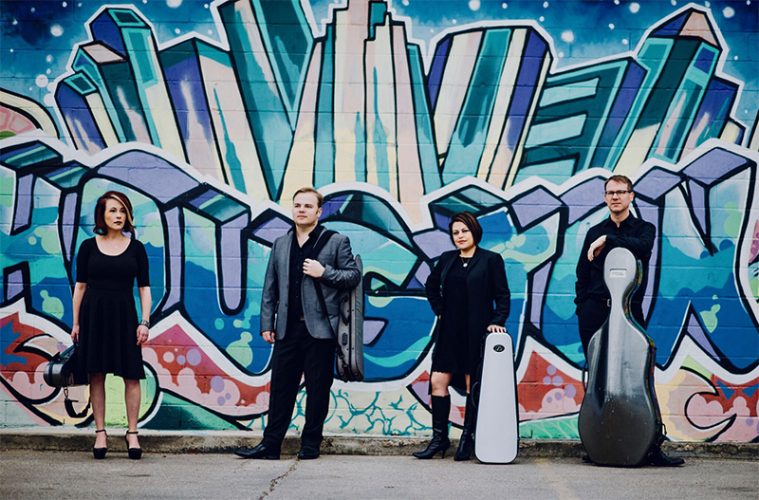 The project could hardly have a catchier title: 20×2020. But the Apollo Chamber Players faced the challenge of bringing it off. With only six years to go, could the group choose and commission 20 composers to create works it could premiere by 2020?

Asked about it now, Apollo artistic director Matthew Detrick smiles gently as he thinks back to 2014. “I was confident that we could do 20 commissions by the end of the decade, yes,” he says. “However, we started with only a sketch of what would it would be beyond the first couple of commissions. … A lot of how we programmed and how the commissions have been organized happened serendipitously.” 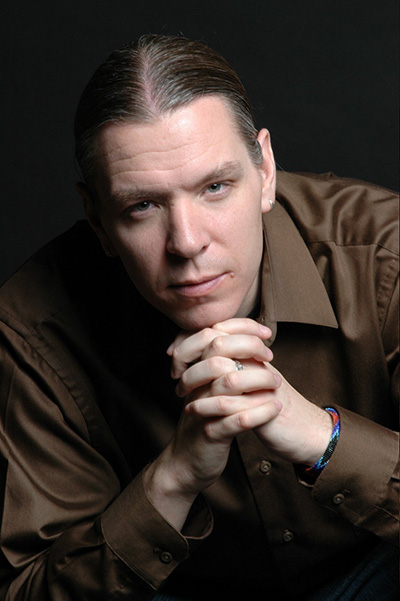 Whatever the combination of luck and labor, Apollo–a quartet that straddles the boundary between classical music and world music–has 17 of the premieres under its belt. The group’s 2019-20 season will bring the final three, climaxing next May with In the Shadow of the Mountain by Pulitzer Prize-winner Jennifer Higdon.

Along the way, Apollo has unveiled pieces whose roots reach back to the Andes, the Outback and the steppes. The works have beefed up the group with instruments ranging from piano and guitar to the Vietnamese  đàn bầu–a relative of the zither–and MacBook Pro. Next season’s run-up to the finale will bring creations by Jerod Impichchaachaaha’ Tate, a composer of Chickasaw heritage, and Armenian-American Eve Beglarian.

Taking its cue from another of Houston’s main ingredients–the space program–Apollo will open its season in September by celebrating the 50th anniversary of the Apollo 11 moon landing. Tate’s new EarthStrike, based on Native American moon legends, will feature narration by former astronaut John Herrington, a member of the Chickasaw Nation who carried its flag into space. Jake Heggie’s Earthrise, inspired by the iconic Apollo 8 photo of the earth seeming to hover above the moon’s surface, fleshes out the quartet with a solo part for musical saw. 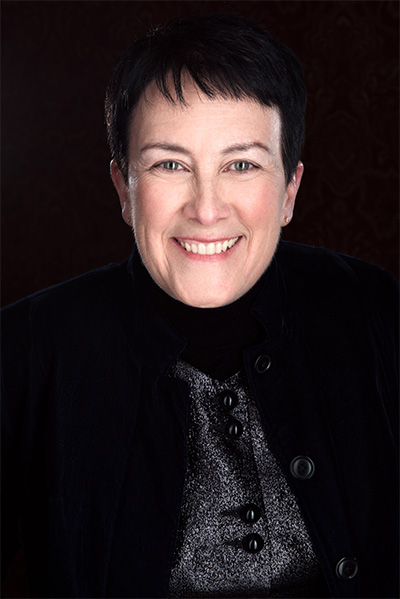 Jennifer Hidgon performs as part of American Legends on May 7 & 9. Photo courtesy of the artist.

“It’s such an eerie sound. It’s perfect,” Detrick says. “You hear the music and you hear the saw timbre and…you feel like you’re on an exploration to Mars and you’re looking back to earth.”

In January, violinist Eddy Marcano–a Latin Grammy winner who recently moved to Houston–will join Apollo in works based on folk music from his native Venezuela. Since that fare will be based in part on decades-old recordings made in the field, Apollo will salute a 20th-century trailblazer who also went on treks to record folk musicians: Béla Bartók, whose Quartet No. 4 will cap off the concert. Detrick thinks the work’s spicy harmonies and vigorous rhythms are both “crazy” and “fun.”

“I think every string quartet should play Bartók’s music,” Detrick says. “It stretches you in ways that you never imagine. We’ve had some really tough commissions. But there’s really not anything that’s more difficult technically and musically to put together than a Bartók string quartet.”

Apollo–comprising Detrick and Anabel Ramirez Detrick, violins; Whitney Bullock, viola; and Matthew Dudzik, cello–will spotlight Armenia in March.  Beglarian’s new work will include the duduk, a distant cousin of the oboe and English horn. Outside its native musical turf, the double-reed instrument is a favorite of composers seeking exotic tones for their movie and television scores, including that of Game of Thrones. Apollo will host a precocious duduk player from Armenia, teenaged Tatul Hambarcumyan.

“A friend of Anabel’s posted a video of this kid performing on Facebook,” Detrick says. “We were thinking about ideas for this concert, and we heard this. This little prodigy–he just transfixes you from the moment you hear him.”

The commissioning project’s finale arrives in May, when Apollo premieres Higdon’s In the Shadow of the Mountain. Drawing on ingredients from Cold Mountain, Higdon’s operatic setting of the eponymous book, the new work’s style hints at the story’s Appalachian setting. “That’s why people are drawn to her music,” Detrick says. “It pushes boundaries, but it’s very relatable. 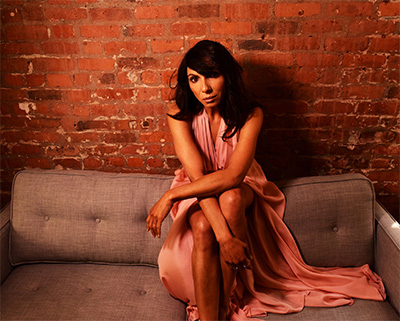 Pianist Lara Downs performs as part of American Legends, May 7 & 9, 2020. Photo courtesy of the artist.

To close the 20-piece circle, the May concert will reprise the first work in the cycle, Libby Larsen’s Sorrow Song & Jubilee. Based on Swing Low, Sweet Chariot, the quartet has become one of Apollo’s calling cards: The group has performed it hundreds of times, Detrick says.

Larsen and Higdon were among a number of noted composers Detrick contacted out of the blue when he was launching the project, he recalls. Apollo didn’t have a big reputation going for it, but it did have $2,000 from Houston Press’ MasterMind Award. In Larsen’s case, he dropped the name of Shepherd School of Music viola teacher James Dunham, who had premiered a couple of her works. Larsen soon replied.

“There were a couple of emails where she said, ‘I need two or three years’ lead time.’ But I was a little persistent,” Detrick recalls. “I said, ‘We just won this award from the Houston Press. We have the seed money, and we…really want you to be the first composer for this project.’”

“And I’m so glad she was,” Detrick continues. “As I went around to other composers with reputations, having her as the first one gave us a little street cred. … That was the beginning of our project. I think it started strong, and I think it’s ending strongly, as well.”

In another nod to the project’s beginning, the May program will feature a long-neglected composer whose music also figured in that Sept. 2014 concert: Florence Price, who in the 1930s became the first African-American woman to make headway as a composer of orchestral works. Pianist Lara Downes, a champion of music by women, will join Apollo in Price’s recently rediscovered Piano Quintet.

The group’s season will also include a new, three-concert series at Houston’s First Congregational Church. The December program will feature jazz pianist Jovino Santos Neto, who will bring arrangements of his native Brazil’s Christmas music. “I think the idea of exploring how European Christmas customs have been adapted by native cultures is very interesting,” Detrick says.

Apollo hopes to end its season with a festival showcasing all 20 of its commissions. The fundraising and scheduling are still in the works, Detrick says. And when Apollo closes the book on the six-year project, what then?

“Everybody’s asking what’s happening beyond 2020. We’re working on it,” Detrick says. “Commissions will always be … part of the core of what the Apollo Chamber Players does. It just may not be part of a large-scale project all the time.”

“This has been a wonderfully exhausting project,” Detrick adds. That sends him off on another reminiscence. “When we started the project, I remember us joking about, ‘What are we going to be doing in 2020?’ Six years ago, that felt like a long time away. We were like, ‘We’ll probably all have kids by then.’ ‘No! Really?’ And it turns out that we all do!”