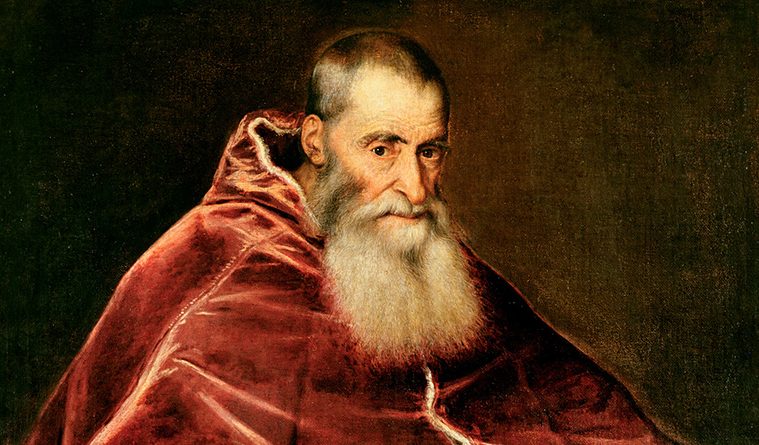 Architecture of Creation: Michelangelo and the Vatican at MFAH 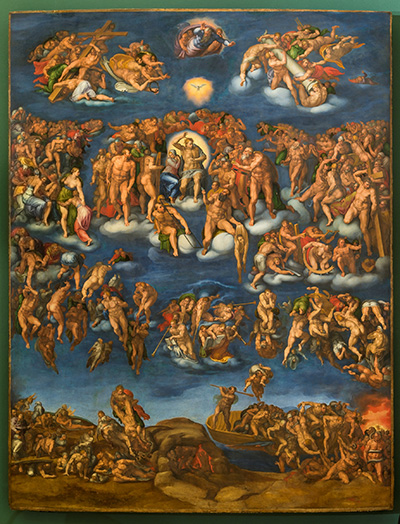 The artistic process rarely garners as much attention and appreciation as the finished masterpiece, but shaded charcoal figures, sculpted wax half-forms and rough wooden models–the staggered steps along the way to final creation–have their own magnificent beauty. This idea becomes especially true when an artist like Michelangelo holds the charcoal and strips the wood. The Museum of Fine Arts, Houston’s new exhibition Michelangelo and the Vatican: Masterworks from the Museo e Real Bosco di Capodimonte, Naples, which runs through June 10, pulls in art lovers with its blockbuster names: Michelangelo, Raphael, Titian, and Tintoretto. Once inside the galleries, we journey into a deeper story, one recounting the anatomy and architecture of genius.

Viewed together, Michelangelo and the Vatican’s 40 works have several tales to tell, beginning with an illustrated biography of Pope Paul III, who began life as Alessandro Farnese, and later as pope became known for his great arts patronage.

When Gary Tinterow, MFAH director, learned that the Museo e Real Bosco di Capodimonte, Naples was lending, what he describes as the “two largest Michelangelo drawings in captivity,” he conferred with curator David Bomford, department of European art, and Dena Woodall, associate curator, prints & drawings about organizing an exhibition that would “flesh out Michelangelo’s relationship with the Farnese Pope.”

Michelangelo worked under the reign of several popes but it was Paul III who commissioned the master to design St. Peter’s Basilica and saw his completion of The Last Judgement on the altar wall of the Sistine Chapel.

The exhibition includes two stunning portraits of Alessandro Farnese: one by Raphael which shows Farnese as a young cardinal who had just been elected Bishop of Parma and one by Titian, that reveals the man decades later as the aged but sharp-eyed pope. Throughout the galleries, the exhibition gives insights into how Pope Paul III helped shape the art of his era and skyline of the Vatican itself.

Yet, many of the drawings, paintings, prints, and sculptured works the MFAH has brought together also illuminate the making of art as a continuing act. Three of those masterworks from the exhibition’s title in particular, all by Michelangelo, explore this notion. 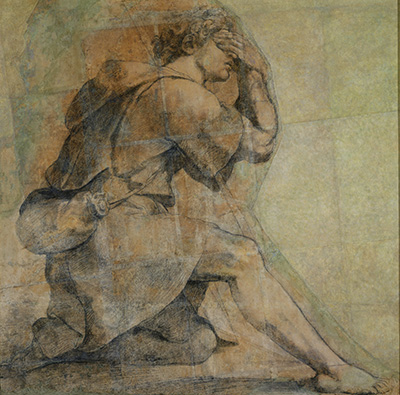 Michelangelo sketched the large-scale cartoon Roman Soldiers as a preparatory drawing for a section of The Crucifixion of Saint Peter, one of the two frescoes commissioned by Pope Paul III for the Pauline Chapel in the Vatican Palace.

“This particular one is so significant because it’s the rarest cartoon by Michelangelo that we have in existence,” explains Woodall, adding that it is the only surviving cartoon drawn in preparation for one of his own painting.

Such cartoons were usually used to transfer an image onto the wet surface of the fresco wall. They were the artwork created for destruction during the process of making a greater and more permanent piece of art. Luckily for us, Michelangelo kept this remarkable image of the muscular backs and legs of soldiers in movement.

“Because it’s in such splendid condition, he would not have put this on the wall where it would have been destroyed. He traced it on a separate sheet of paper, a secondary cartoon, that he used to plaster onto the wall and used to transfer the image itself,” she says.

Within the context of the exhibition, we might also view it as a remnant of the anatomy of his artistic process.

The other Michelangelo cartoon in the exhibition, and another large enough to take up most of a gallery wall, he drew not as a preparation for one of his own projects but as a design for other artists to use. Cartoon of Venus Kissed by Cupid depicts a rather cryptic myth of Venus seeming to steal one of her son’s arrows during a kiss.

“People have been trying to tease out the meaning of this painting ever since the composition was made,” says Bomford, also noting that around 32 painters painted “this exact composition,” but the MFAH choose to include one of the best, Hendrick van der Broecke’s Venere e Amore (Venus and Cupid).

The curators hung Peter Paul Rubens’s Leda and the Swan, which is on long-term loan to the MFAH, in this gallery, as Rubens likely was inspired by and worked from Michelangelo’s lost cartoon and painting of Leda.

“To have this opposition in terrific,” describes Tinterow of displaying the Michelangelo’s cartoon of Venus, van der Broecke’s Venere and the Rubens Leda. “In a kernel it explains one of Michelangelo’s great characteristics of genius, his ability to imagine the human figure in countless variation. This is what was so influential. Here we have two depictions of love or carnal knowledge. He’s focused on the body of the woman, one in which she is expanded and open and the other contracted. This absolutely is the dialectic Michelangelo employed with figures.”

The third major Michelangelo piece of wondrous incompletion in the exhibition brings us once again to that relationship with Paul III: The artist-as-architect in Model of the Vault of the Chapel of the King of France in Saint Peter’s Basilica with the carpenters of the Fabbrica di San Pietro, Vatican. The model stands as just a wooden sliver of his overall vision for the Basilica, which would not be completed until decades after this death. 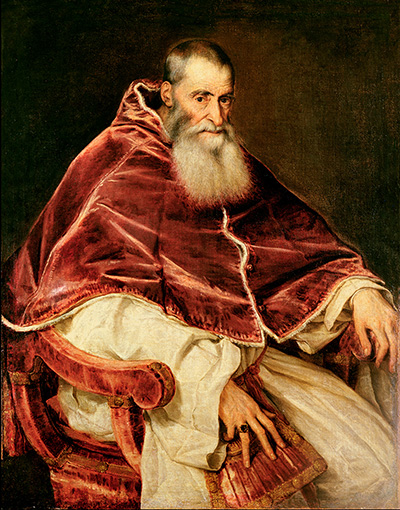 Architecture and anatomy serve both as a thematic thread throughout the exhibition, a look into the inner process and blueprints of artistic creation, but also as literal subject matter for artists. Between the featured masterworks, the exhibition offers smaller drawings, many of them studies of the human figure–studies of feet (Bartolomeo Passerotti), nude males (Baccio Bandinelli), bodies in battle (Jacopo Tintoretto) by Michelangelo’s contemporaries or those who came along later and were greatly influenced by the artist.

Near Model of the Vault, hang 16th and 17th century prints from the collection of the University of Chicago Library, which record some of Michelangelo’s architectural designs as well as the building and renovations to Saint Peter’s.

Even the opening work, Portrait of Michelangelo, attributed to Jacopino del Conte, presents an unfinished genius to the world, with only Michelangelo’s face and left hand achieving painted resolution. The rest of his body exists as strangely beautiful blurred-potentiality.

Another highlight of the exhibition is Marcello Venusti’s painted copy of The Last Judgement, commissioned by Pope Paul III’s grandson, also named and later titled Cardinal Alessandro Farnese. (The exhibition does unravels some of the twists in the tales of Pope Paul’s progeny and nepotism.) Venusti’s work documents Michelangelo’s original and completed Judgement before the Church censored it.

“The Council of Trent, this great body of cardinals that met to discuss the Counter-Reformation, hardily disapproved of Michelangelo’s provocative nudity that occupied all 300 figures of this extraordinary composition,” explains Bomford.

Painter Daniele da Volterra, chosen to alter the fresco, chiseled out certain images to reposition figures and painted loincloths over some of the luminous naked bodies of saints, angels, devils and the damned.

Michelangelo’s Last Judgement no longer exists as he completed it, so Venusti’s copy stands as a something of a testament to original intent. To see The Last Judgement copy amid all the masterworks of exercise, study, process and incompletion reminds us that even if the work never reaches resolution, or does but doesn’t survive intact, there still exists great glory in the moments of art’s undertaking.