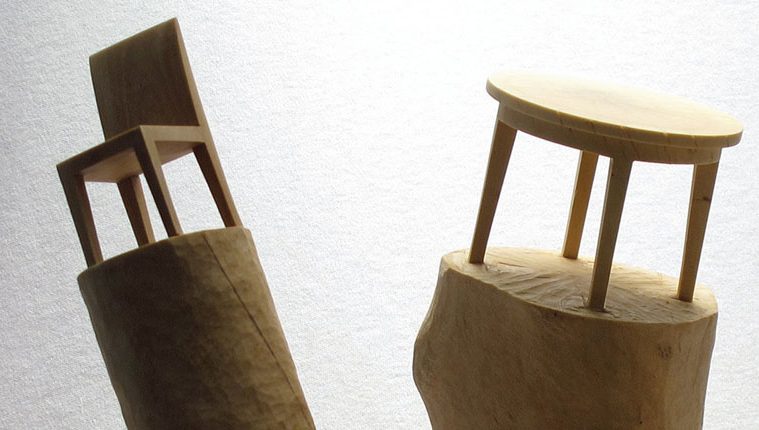 At Home in the World

The Everyday Innovation of Craft

As I write, a large-scale international art and technology symposium is taking place in the Southwest region: organizations in Arizona, New Mexico, and Texas are hosting conferences, festivals, exhibitions, workshops, educational programs, and more.

All this technology has me thinking about craft.

Why? Because craft is the inherent quality of something made well with measurable skill − whether that something was created by writing a computer program or by wielding a chisel. It has the uncanny ability to be evidenced through its presence as well as its absence (making it all the more appreciated). However, when talking about craft as an object-based art practice, materiality is inextricable from the conversation.

For more than a decade, Houston Center for Contemporary Craft has been advancing the education of the process, product and history of craft, which it defines in specific material terms as objects of art made with clay, fiber, glass, metal, wood and mixed media.

HCCC curator Anna Walker aims to highlight artists who use the aforementioned materials to usher innovation into the field of craft.

“While these artists are working with specific materials because of the inherent history and properties of each one, how they make those materials fresh and relevant to our contemporary society is what I’m interested in as a curator,” she says.

One thing that sets HCCC apart from other national institutions focused on craft is the highly competitive Artist Residency Program, which offers awards of up to 12 months of studio space, modest financial support, and an introduction to and interaction with Houston’s arts community and other artists. In return, for 24 hours each week, resident artists open their studios to the public.

“This is where the visitor makes the connection from objects on view in the galleries to the creative process. While materials and techniques define craft as a process- and material-based art, it’s the resident artists who bring it to life,” says Julie Farr, HCCC Executive Director.

And one of the main ways HCCC celebrates craft’s rich traditions and innovations happening throughout the state is through its signature biennial exhibition, CraftTexas. This month, CraftTexas 2012 boasts its highest numbers yet: 500 submitted works with 49 selected for inclusion in the exhibition, including Houston-based artists Edward McCartney and Cindy Hickok.

McCartney has experimented with different ways of working over the years, carving a path for himself that led to jewelry-making and metal-smithing. Pairing non-precious materials with his need for greater expression, his jewelry pieces morphed into larger sculptural forms, as seen in his Folio Chromatique (2011) series, for which he has incorporated thousands of bright paper inserts and folds into a paperback book. The results are bead-like sculptures that employ reflection and motion to optically transform color.

The series was inspired by a meaningful encounter with Carlos Cruz-Diez, a Venezuelan artist whom McCartney recognizes as having “revolutionary concepts on the liberation of color from form, the complete denial of the sensuous, the figurative, and the narrative as influenced by the linage of movements born of the Russian Constructivists.”

The symbolic and the literal are often at play in works identified as craft. For example, Hickok, a self-described “maker,” relies on craft’s ability to take a project beyond the ordinary. Her series Mixed Bags (2012) is a humorous look at the many bags that an individual uses throughout the day.

“Each is not a practical purse but a play on words and occasionally a parody on favorite figures in much-loved paintings, created by machine embroidery and mounted on purse frames,” Hickok says.

Laredo-based artist David Bogus is also interested in what people choose to carry with them, presenting his installation of ceramic suitcases The Optimist Luggage (2011) as if it was for sale − a symptom of and a reflection upon what our society values. For the exterior of the suitcases, Bogus uses attractive, visually engaging principles of graphic design and color while the interior is purposely left a mystery, alluding to the contents in the minds of people we meet as we travel through our lives.

Several of the pieces in CraftTexas2012 take on more physically personal aspects for both the artist and the viewer.

“As I see it, the difference between art and craft is touch,” says furniture designer and maker Danny Kamerath. “Art is meant to be looked at and pondered − but don’t get too close to a work in a museum or you will be shooed away. Craft, on the other hand, is meant to be touched and used. The crafted object moves from the hand of the maker to the hand of the user. If that work of craft happens to be beautiful in appearance and elegantly proportioned and constructed, all the better.”

Wood is Kamerath’s material of choice, selected for its showiness or lack thereof, as seen in the complicated construction of Ev, a deconstructed chest of drawers; the welcoming simplicity of Jill, a minimalist yet playful chair, and the miniature arrangement Table for Two, a sculpture carved from a single piece of wood.

The artworks for each iteration of CraftTexas are selected by three invited professionals from national and regional institutions through an online jury process. During and after the opening reception of CraftTexas the jurors view the works in person, select their favorite piece and grant Awards of Merit − a cash prize of $1000 each.

If Henry Ford was right and every object tells a story, then institutions like HCCC increase our listening opportunities. And, with arts institutions closing due to continued economic hard times (news broke last month that San Francisco Museum of Craft and Folk Art will be closing its doors in December), it becomes more and more important for places like HCCC to craft their own legacy − amplifying and broadcasting the stories of past, present, and future.

—NANCY ZASTUDIL
Nancy Zastudil is an itinerant curator and coordinator of the art and technology event ISEA2012 “Taos Day.”