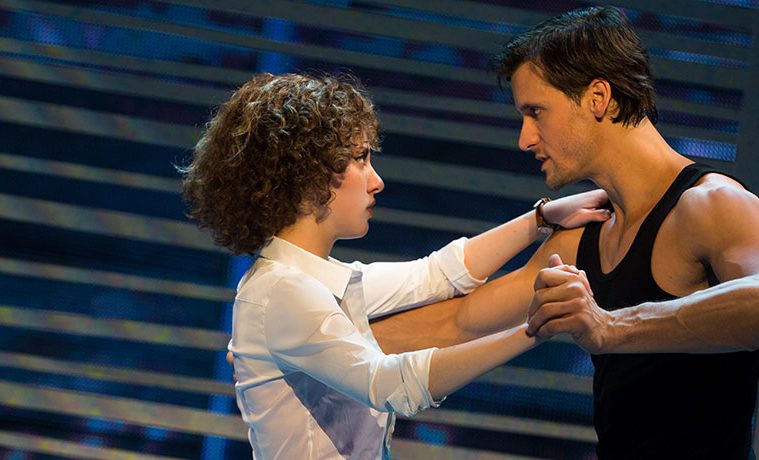 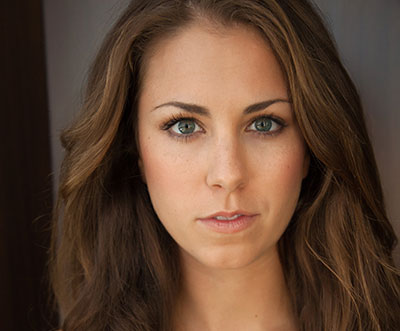 Dirty Dancing traipses through Texas starting with Broadway in San Antonio, Through Nov. 9, Broadway Austin, Nov. 11-16, and Broadway at the Hobby in Houston, Nov. 18- Dec. 2, and then a final lap at Dallas Summer Musicals, June 23- July 5. The story of 17-year-old Frances ‘Baby’ Houseman on vacation in New York’s Catskill Mountains and her run-in with the cool kids, including the sexy Johnny Castle, has earned a cherished spot in pop culture. Dallas native Emily Rice, who plays Baby’s big sis Lisa Houseman, chats with A + C’s Nancy Wozny about the staying power of this story.

A+C:  Do you remember the first time you watched Dirty Dancing? Where were you and what did you think about the movie?

EMILY RICE:  I honestly can’t remember when I first watched the movie or where I was, but I do remember wishing I was Baby so that I could be the love interest of Patrick Swayze. What a dreamboat! 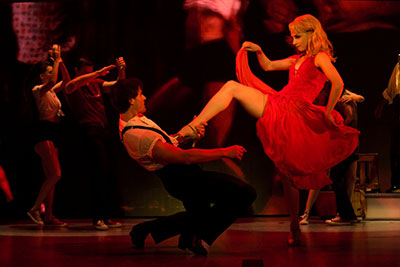 A+C:  How true, and a Houston native! How well does Dirty Dancing transfer to the musical form?

ER:  Dirty Dancing transfers magnificently from screen to stage, seeing the dancing live must be electric for an audience. The stage version satisfies everything that the movie fans are hoping for and more!

A+C:  “Nobody puts Baby in a corner” became an iconic saying from the movie. Why do you think this story took hold in our imaginations?

ER:  This story sticks because it’s about Baby really coming to life through her exposure to dance and her relationship with Johnny. It’s about her journey of breaking out into who she really is! By the end of the show, she is dancing freely, uninhibited, not trying to hide. I think everyone can relate to that, in the sense that they feel the most joy when they are free to fully be themselves. 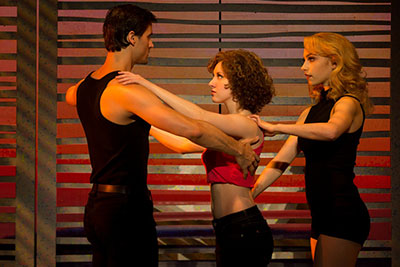 A+C:  What’s the most challenging part of the role? The most fun?

ER:  The most challenging part of any role on the road is keeping it fresh every night, and bringing the same life to a performance when you do it eight shows a week. My favorite part about playing Lisa is relating to the audience during the “Hula Hana” number. The audiences love the Hula number! It’s so much fun to be a bit of comic relief in middle of the second act.

A+C:  Does the cast ever get to do that famous lift?

ER:  Ha! It was actually a dream fulfilled of mine back in Washington, DC. The week after we opened the show, the cast was out celebrating, and I expressed my hopes of learning “the lift.” Next thing I knew, our Johnny had me above his head outside the restaurant! So fun. Dreams come true.