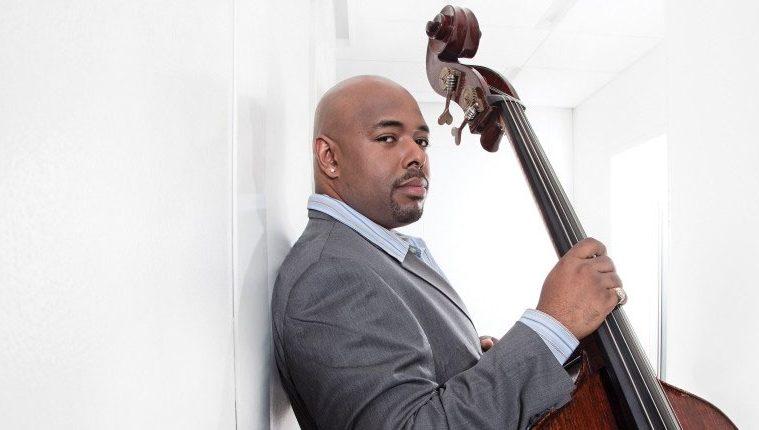 On Friday February 8th at 8:00 pm, Da Camera Houston presents Christian McBride and Inside Straight at the Cullen Theater in the Wortham Theater Center. At the age of 17, McBride made his debut on the New York jazz scene. He honed his skills playing with jazz greats, including Betty Carter, Milt Jackson, Hank Jones, Bobby Watson, James Williams, Benny Green, and other luminaries. Over the past 20 years, McBride has earned his reputation as one of the best bass players in the world. Last year, he was awarded 2012 Bassist of the Year by the Jazz Journalists Association Jazz Awards, as well as the 2012 DownBeat Critics Poll. He won a 2012 Grammy Award for his big band debut The Good Feeling.

In addition to his work as a bandleader, McBride has worked as a sideman on almost 300 recordings. He frequently hops genres to collaborate with popular artists including The Roots, D’Angelo, James Brown, Sting, and many others. McBride has taken an active role in jazz and cultural education. He has served as Creative Chair for Jazz at the LA Philharmonic and he is currently the Artistic Chair of Jazz House Kids. A + C writer Joseph Wozny caught McBride just as he headed out on tour.

A + C: Tell me about your early career and the transition from Juilliard to the working world of the New York jazz scene.

Christian McBride: It was beyond exciting. It was 1989, and I was a freshman studying classical bass at one of the most storied schools in the world. However, as excited and honored as I was to be at Juilliard, I knew that deep down I was in New York to find all of my jazz heroes and play with them.

As fate would have it, I started working in jazz clubs rather quickly, which made it almost impossible for me to concentrate on my schoolwork. To work in a jazz club until 3 or 4 a.m. and be at orchestra rehearsal bright-eyed at 8 a.m. proved too hard for me. After having a talk with my mother and my bass instructor, I decided to leave school and pursue my career.

A + C: You’ve played in a number of groups as leader and sideman that cover just about every genre. Tell me about your touring group Inside Straight: As an open minded and versatile musician, what does playing straight ahead mean to you? Would you ever call it your “favorite” style?

There are too many great styles of music all over the world that I’m still not familiar enough with to call any one of them my favorite, but straight ahead jazz is the style of jazz I’ve spent the most time with throughout my career. My band, Inside Straight, currently fills that role for me at the moment. From 2000 to 2008, I played in a number of bands, including my own, that explored the gamut of sounds and textures. I wanted to “come back home” so to speak, to some good ol’ down home, hand-clapping, foot-stomping, swinging jazz.

A + C: What has your experience in jazz education taught you? Are you optimistic about the the future of jazz and cultural education?

CM: The future of jazz has been lamented over for almost a half century now. I have no reason to think that if jazz has survived the British invasion, metal and hip-hop, it would be in any imminent danger now. As for cultural education and my role as an educator, you almost don’t need to be an educator to realize that this country has a very difficult time understanding that success is not equated in popularity or dollar signs.

Success follows hard work and sacrifice, not the other way around. Success should be measured by spiritual fulfillment, not how many cars you have. Sadly, the celebration of gaudy excess seems to be at such an all-time high, and it’s hard to make  kids understand that, let alone some adults, these days. Jazz seems to be antithetical to what common culture embraces in this day and age, but I’m always hopeful that the more people hear jazz – especially live – they will like it, become curious, seek it out and support it.

Jazz artists don’t always need to sell millions of recordings, have a reality show on television, sell out baseball stadiums, have paparazzi following them around, but it would be nice if every artist – musician, visual artist, actor, dancer, writer – not acknowledged in popular culture could create in a fairer culture of appreciation and acknowledgment. In my role as an educator, artistic director, mentor and curator, I have been forced to think about these issues more than ever.

A + C: What do you see next for yourself recording as a leader? Are there any new avenues you see yourself exploring? What’s next?

CM: I have two recordings being released this year: One with Inside Straight and one with my new trio. I also plan on recording another big band project either later this year or early next year. There’s also my experimental electric group, called A Christian McBride Situation, that I also hope to record next year. I’m excited about all of these different projects.

A + C: Like many “young lions” you built your reputation playing with the heavy hitters of the last generation. Now, as an established player and bandleader, how are you interacting with the next generation of young players? What sort of things get passed back and forth?

CM: As I’m sure you could guess, many of the older musicians that my generation worked with weren’t very fuzzy and warm. They came up the hard way in the hard world and they were very unapologetic in letting us know that! While most of us could never understand what our predecessors went through – no matter how vivid their stories were – I find that the stories I’ve accumulated through my career working with those legends have held younger musicians spellbound as much, if not more than, playing with them. It was the exact same way when I was 17 years old playing with Bobby Watson as I listened to him tell stories about Art Blakey.