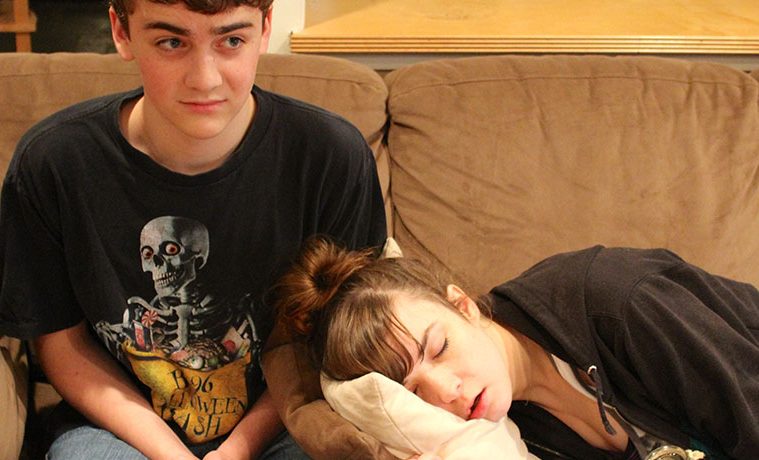 Beast on the Loose 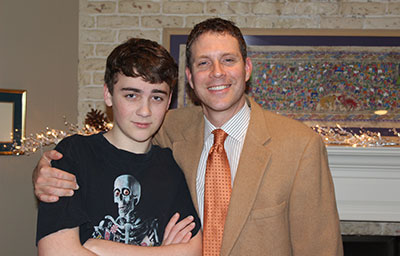 After a quiet Fall, Black Lab Theatre’s artistic director, Jordan Jaffe, is back in the directing seat with Kim Rosenstock’s Tigers be Still, Jan. 15-31 at Wildfish Theatre, featuring father son duo Justin and Ty Doran. Jaffe describes Rosenstock’s dark comedy as an “endearing and humorous look at family dysfunction and high school art instruction and the funniest play about dealing with depression while a tiger is on the loose you’ll ever see.” A + C editor in chief Nancy Wozny caught up with Jaffe on Black Lab’s big news.

Black Lab has been dark until now. What have you been doing?

I visited some other regional theaters across the country to gain some insights into taking Black Lab to the next level. But the big news is that I’ve written my first full length play, and my teaser about it is that it’s a dark comedy set in Houston.

The first step for the new play will be to workshop it in Houston to a small select audience. I’m hoping to do that in the first half of next year. Arts and Culture will be the first to know when it’s ready to be produced.

Let’s get back to the play at hand, Tigers be Still. How did this play come across your radar, and how did you know it was Black Lab-able?

As you know, last spring Black Lab produced the play Really Really by Paul Downs Colaizzo. As part of the production we had a talk back with Paul, and he and I had a chance to visit about his favorite plays, which included Tigers Be Still. Then, in a twist of fate, I was working this summer at the Eugene O’Neill Theater Center in Connecticut, and I met Halley Feiffer, who starred in Tigers Be Still Off-Broadway. She had a lot of really positive things to say about the play, and that clinched for me. I really like the idea of someone making a comedy about depression. It’s a great play for high school and college students and anyone who remembers how positive an influence their art teacher was to them. In fact, my middle art teacher Mrs. Day, at TH Rogers Middle School in Houston, was one of my favorite teachers ever.

Depression is a major illness, and of course, should not to be taken lightly. The point of the play is that depression is a treatable disease and that our family and communities need to get involved. One of the things I like about producing this play is getting the subject of depression out of the shadows.

That’s a noble goal. As a culture we are way too shamed by mental illness.

It is not something people should be ashamed to talk about and therefore I don’t feel the playwright is off base having a depressed character treated lovingly in a comedy. Depression is a fact of life and we should neither shun people who are depressed not should we avoid the topic. Why does a serious subject have to be handled only in a deep drama? Comedy is another way to address our hardest topics. And Tigers’ metaphor is important. As a community we need to be vigilant about depression – in our schools this is especially important, so the playwright’s choice to set the play in a high school, in my view is an excellent one.

Thanks for the clarification. On to the double Doran situation you have going on. How cool is it to have Justin and Ty Doran on stage together? Talk about your casting choice.

It’s very cool. Justin had mentioned to me how he hoped to some day to perform in a production with his son, Ty, so it’s something I had in the back of my mind. Tigers was the perfect storm because it came highly recommended, and it had great roles for Justin and Ty.

Art therapy rarely makes its way on to the stage. How does that play out in the piece?

The art therapy piece is my favorite part of the puzzle that is this play. The play is very uplifting, and art therapy is almost like a device for exploring the positive influence of art in healing and overcoming setbacks in life. It’s been an important outlet for me personally. I’m hoping that sentiment will resonate with the Black Lab audience.

In the play there is literally a tiger on the loose that has escaped from the zoo. The tiger has a symbolic meaning, though. When you think about it, depression is like a tiger. It’s silently stalks you, and you don’t know its there until it’s too late. So in the story, as the characters grapple with their own personal issues, everyone also has to deal with the external threat of a tiger at large. This not only adds to the comedy, but provides a physical manifestation to everyone’s collective depression.