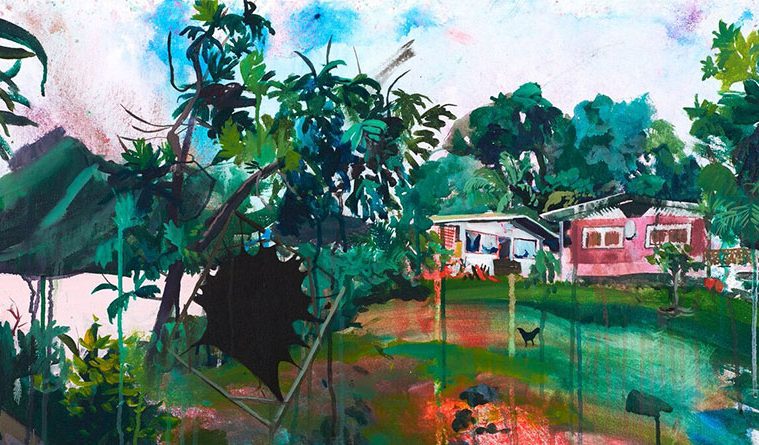 Melissa Loop, A Place By the Sea.
Courtesy grayDuck Gallery.

Since 2003, Big Medium’s East Austin Studio Tour (or EAST for shorthand), Nov. 12-13 & 19-20,  has offered Austin artists the chance to open their doors to the public. And for many years, those visitors were arts community members, with the larger Austin audience behaving somewhat aloof to the goings-on beyond I-35’s eastern barrier. No longer the case — with a whopping 529 artists and creative hubs (or some combination thereof) listed currently on Big Medium’s website, EAST’s cultural sprawl has all but exploded. Any attendee in the past couple of years will attest to cramped studio corridors and a harried, if not also excited, atmosphere as visitors weave out of the tour’s more condensed studio locations.

So this year, instead of a comprehensive EAST guide or highlight of the event itself, we wanted to place a direct spotlight on those who might otherwise be swept up in the tumult of this cultural melee. From gallery director to emerging artists, here’s a small portrait of individualized EAST experiences from those who reside behind the curtain the public so eagerly pulls back each November. 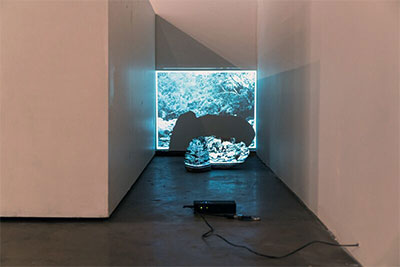 Betelhem Makonnen is a mixed-media artist specializing in photography, video, and installation work.
#248

On inviting the public into her studio
“It is definitely a funny and curious thing, one’s intimate workspace being overrun by a crowd of strangers.  I don’t see it as disruptive though, since it is completely elective and I don’t in any way ever see it as a time when I expect to get work done. There is something inherently uncomfortable about it, both for the artists and the visitors, which I like personally, since navigating discomfort is fundamental to art and art making in general. “

On what EAST provides for local artists
“For the artists that make the types of works that are overwhelmingly and consistently sold during EAST, it is a fantastic money making opportunity….However, this same opportunity does not apply for someone like myself that does not primarily make the kind of works that are ideal for EAST sales… EAST provides me (and the works that I create) an efficient and successful means to make direct contact with hundreds of people from our community and beyond. I believe that this in turn opens the door to other opportunities, whatever they may be.” 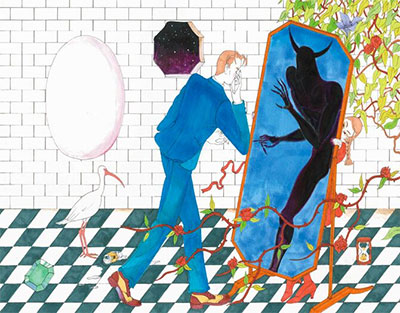 Jonny Negron is an artist, illustrator, and member of the ATM Gallery.

On EAST prep
“I’ve been preparing work for a group show, which will take place at ATM Gallery. As one of the coordinators of the events, I’m helping organize performances and readings at the space, as well as hosting a pop-up shop selling zines and merchandise from local and out-of-state artists.  I’m also preparing a piece which will be featured in the group show Due East.”

On supporting other EAST artists
“I’m looking forward to seeing the work of our neighbors at Bolm, like Not Gallery and Jenny Mulder. I’m also looking forward to checking out the programming at Museum of Human Achievement, Big Medium, & Canopy.” 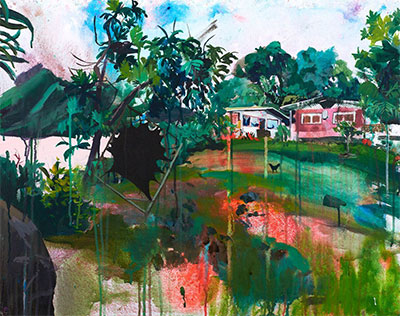 Melissa Loop, A Place By the Sea, Courtesy grayDuck Gallery.

On grayDUCK’s EAST programming
“We are having a three person show during EAST. Dameon Lester & Jonas Hart from Austin and Melissa Loop from Minneapolis. Dameon is creating 3D wall sculptures and one large floor piece inspired by the disappearing glaciers he experienced on his trip to Alaska. Jonas Hart is exploring the underground water infrastructure that we can never see but see signs off all around us. Melissa’s paintings are based on memories of far off places she traveled to and how your idealized thoughts of paradise influence your experience.”

On the role of galleries during EAST
“EAST brings some visitors that typically don’t seek out visual art other times of the year. Most of the artist studios they’re visiting are only open those two weekends. Having the many galleries on the East Side participate in the tour shows people that there actually is a year round art scene in Austin. Also, many of the artists you’re visiting are producing art for a gallery exhibition where they can present a whole body of work. Gallery shows often give an artist another layer with which to communicate; it’s not just about the individual pieces, but about how they relate with each other and the viewer. That’s not easily accomplished in a studio.” 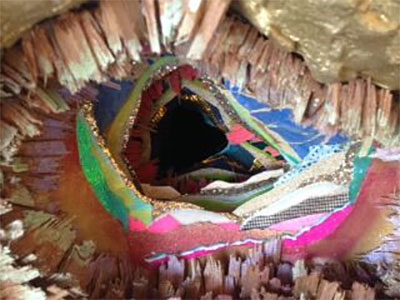 On how EAST has changed
Andrea Hyland: “As far as how the event has changed over time, it has grown immensely. There is more of everything. More people. More spaces. More exhibitions, performances, events, etc. Another aspect is the growth of what’s considered to be the east artist community and where that’s located. The area around Berkman is growing. Businesses that have established communities, like Erica Nix’s Transform, are featuring and celebrating their community through art exhibitions during EAST.”

Emily Cayton:  “I agree with Andrea’s statement for EAST’s growth, more of everything, especially what is considered a stop on the tour. The delineation of categories, both media-based and what to expect at a particular stop, is a noticeable change in EAST. We both enjoy experiencing and discussing the expansion of what a studio really is and how that differs across media or discipline through the tour.”

On anticipated audience takeaways
Andrea Hyland and Emily Cayton: “We work in a range of media and dimension, so we would love for people to see that we’re experimenting and interdisciplinary in our processes. Since we collaborate, it’ll be fun to discuss what people might see in our solo work that is expanded upon or challenged in our collaborative pieces. Another thing that would be nice to discuss and share, and possibly be a takeaway, is how both of us work in the arts not just as artists but as educators, programmers, and coordinators. Andrea is now the Programs and Events Manager for Art Alliance Austin, and Emily is an educator at The Contemporary Austin. We are incredibly passionate about art and its ability to bring people together to have amazing conversations and celebrate ideas.”