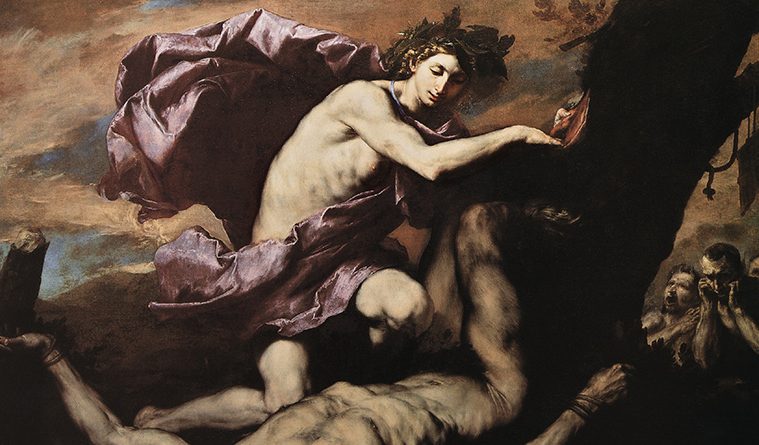 Between Heaven and Hell: The Drawings of Jusepe de Ribera at The Meadows 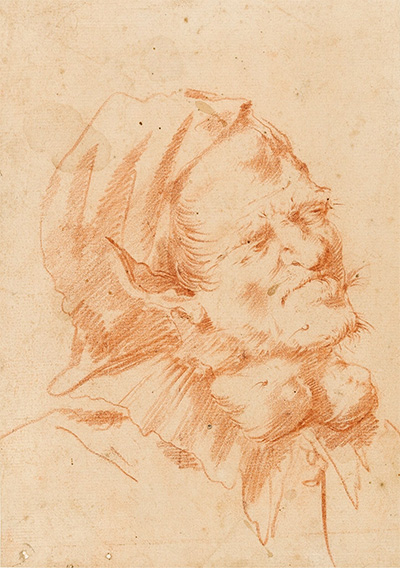 Caravaggio, the Baroque painter whose intense light and shadow, dark backgrounds, naturalism, and drama launched a style that spread across Europe during the late fifteenth and early sixteenth centuries, didn’t make drawings on paper. Neither, generally, did most of the Caravaggisti such as Orazio Gentileschi, Valentin de Boulogne, or Hendrick Ter Brugghen, who likewise painted directly on the surface of the canvas, bypassing preparatory compositional sketches or drawings from the model.

But Jusepe de Ribera, a Spanish Neapolitan artist who spent his early career in Rome and went on to become one of the most important Caravaggesque painters, influencing Salvator Rosa and others, drew a lot, according to contemporary accounts, one of which held that “the tablecloth on Sunday was the drawings he had made during the week.” He made everything from primo pensiero (“first thought”) pen-and-ink sketches like the curiously playful mid-1620s Study for the Crucifixion of Saint Peter—in which the upside-down martyr, his left arm unfinished, shares the page with elaborately doodled letters and a scorpion—to the extraordinarily detailed, highly finished black-and-red-chalk drawing Samson and Delilah of the same period, with its scintillating range of tones and judicious touches of pen and brown ink. Unusual and seemingly paradoxical in his commitment both to Caravaggism and the Renaissance-derived practice of drawing in all media, he was what independent Neapolitan scholar Viviana Farina has dubbed “un caravaggista disegnatore”—a Caravaggesque designer. 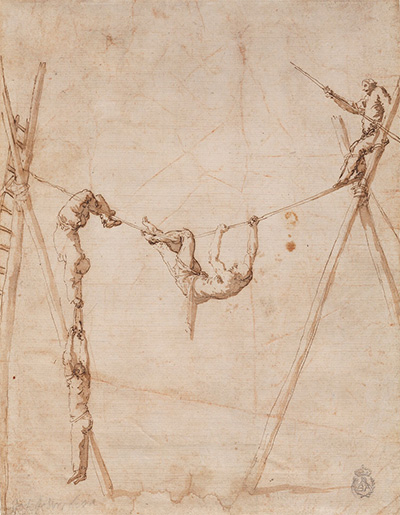 Fortunately, not all of Ribera’s drawings ended up under Sunday dinners; though just over a century ago only a dozen of his graphic works was known, that number has grown to 155, recently published in the catalogue raisonné Jusepe de Ribera: The Drawings. Forty-seven of those drawings, along with 11 paintings, 12 prints, and one relief sculpture, are on view through June 11 in the companion exhibition Between Heaven and Hell: The Drawings of Jusepe de Ribera at Southern Methodist University’s Meadows Museum. The Meadows has thoughtfully provided magnifying glasses so you can linger lovingly over every detail, but bring your own bib. Ribera’s drawings are that mouth-watering.

They’re also remarkably diverse in subject matter. As you’d expect, about half of his surviving drawings are religious, with another tenth devoted to classical or mythological subjects. “Ribera was a very keen drawer of heads in a wide variety of headdresses and he also produced a small group of genre scenes of life on the streets of the city with gypsy tinkers, sick and lame men, acrobats, Turks and children, as well as two sheets showing hunting scenes in the countryside,” writes catalogue  raisonné editor Gabriele Finaldi, director of London’s National Gallery and former deputy director for conservation and research at Madrid’s Museo del Prado, which co-organized the exhibition with the Meadows.

While just one Ribera female nude drawing survives, men were “tied to trees for about a quarter of all his drawings and half of these certainly represent martyrdoms of saints,” Finaldi notes, later adding that “it appears that the word obsession may be legitimately employed.” Expect to find Saint Sebastian dangling every which way from trees of various heights. In one late-1620s version, Ribera perches the saint high and includes the archers shooting from below; more often, Sebastian slumps, seemingly unconscious, on the ground and in total isolation. Lovingly modeled with a pronounced chiaroscuro in a red chalk version from the late 1620s, his torment is Ribera’s delight—and the implicated viewer’s.