Beyond Broadway: The Long Center Expands its Mission 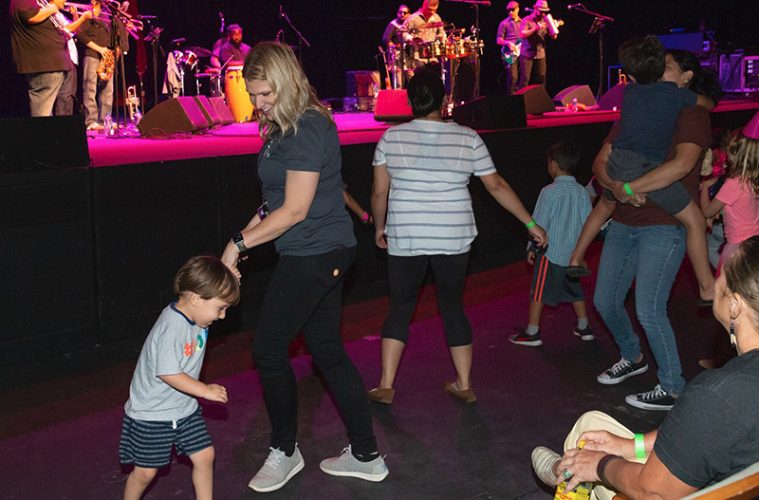 President and CEO Cory Baker dances with her son, Miles, to the Latin grooves of Grupo Fantasma at the Long Center’s 10th Birthday Party on Sept. 9. Photo by Suzanne Cordeiro.

If you check out what Austin’s Long Center has in store for its 10th anniversary season, you’ll find theater, dance, music of many genres, and more. But the bill of fare leaves out a staple of performing arts centers nationwide: Broadway shows.

“There’s this notion that, if you have a 2,400-seat theater, you have to do Broadway. We tried that for many years, and it just wasn’t resonating,” says Cory Baker, the Long Center’s executive director. Thanks to the touring Broadway shows that Texas Performing Arts brings to UT Austin, she explains, “This market is getting the best of the best already, and it’s saturated in that area…We’re not forcing that anymore.” 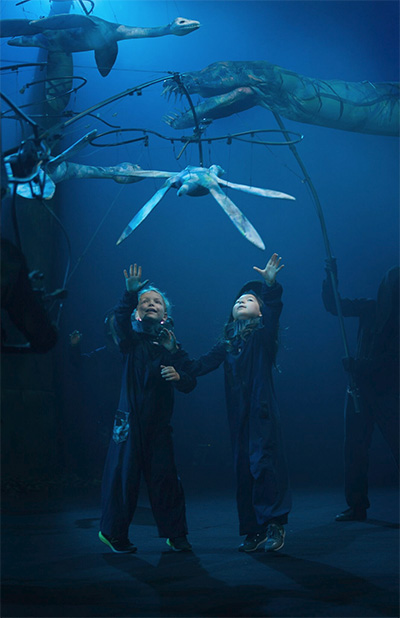 The Long Center—founded in part as the home of Austin Opera, the Austin Symphony and Ballet Austin—spent its first 10 years “getting our bearings,” Baker says. It enters its second decade with a new vision: “We can get out of the traditional performing arts center mindset, and think of ourselves more as a civic asset and cultural hub.”

What will that mean in practice? “Supporting local artists, including our resident companies,” Baker says. “Being a gathering place for the community. Delivering programming in very different ways than just on the proscenium stage.”

For the political junkies out there, the Long Center and Texas Book Festival will join forces Oct. 28 to host former presidential photographer Pete Souza. He’ll discuss Shade: A Tale of Two Presidents, his insider’s look at the Obama and Trump administrations. On Nov. 2, the new Viewfinder series spotlighting Austin artists will showcase Montopolis, a chamber group that blends classical, country and folk ingredients, then builds the results into multimedia performances that include photography and storytelling.

On Nov. 25, Erth’s Prehistoric Underwater Adventure will marshal actors, puppets and technology to immerse viewers in the world of prehistoric deep-sea creatures. Baker thinks such family-friendly shows represent “a really great niche for us.”

“One of the growing sectors in Austin is young, very culturally hip families—people who maybe went to UT or came here through the tech industry,” Baker says. “They’re in their 30s or 40s and have young kids at home. They’re very active and like to go out. I count myself in this crew, because I have two kids at home under 4… I can’t go to clubs anymore, and I’m looking for things to do. What are the experiences we can enjoy together?”

One of the Long Center’s core missions has always been to house Austin Opera, the Austin Symphony and Ballet Austin. In its larger venue, Dell Hall, they’ll range this season from Kevin Puts’s World War I opera Silent Night to Johannes Brahms’s A German Requiem and Igor Stravinsky’s groundbreaking ballet The Firebird. A handful of smaller groups, including the Pollyanna Theatre Company for children and the Conspirare chamber choir, have been resident companies since 2012 in the black-box Rollins Studio Theatre. 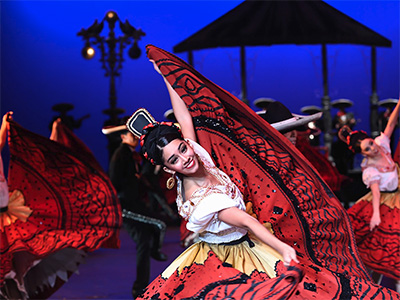 With those groups doing such varied work—and still more performances, especially music, bubbling up in the rest of Austin—the Long Center should complement them, not compete, Baker says. “The best thing we can do is say, ‘Great, all that’s covered.’ Our mission is to bring what isn’t being seen, or what’s good for the community.”

The Long Center’s Concert Club series turns the cozy Rollins theater in a showcase for Texas-linked musicians, including guitarists Redd Volkaert and Bill Kirchen on Oct. 24, roots musician Dale Watson on March 6 and singer-songwriter Marcia Ball on May 8. As a counterpoint to the Austin Symphony, the Long will present violinist Joshua Bell on Oct. 6 and the Boston Pops on March 24. For dance lovers, Ballet Folklórico de México de Amalia Hernández comes to Dell Hall on Oct. 4, and the in-person version of TV’s So You Think You Can Dance swings by on Nov. 21.

“When So You Think You Can Dance came out, I was so skeptical. ‘Gosh, what is this?’” says Baker, whose background is in dance. “But I have to say, I’m a convert. It’s…taking the stigma off dance—showing people what it is. Obviously, not all of them will turn out to be modern dance supporters. But I think it’s wonderful when we’re talking about dance in mainstream culture.”

The Long’s new vision grew in part from a study carried out by the Austin marketing consultancy Archer Malmo. “They talked to our founders and our patrons,” Baker says, “but more importantly, they talked to people who aren’t coming. And they did a deep dive into how these people see the Long Center and what they want the Long Center to be.”

The results showed that “audiences are looking for social interaction,” Baker says. “That’s the thing I love about live arts. As we become more and more digitized and in our bubbles, it’s harder and harder to have face-to-face, live experiences together. For cultural centers and performing-arts centers, I think that’s our role: to provide that space where people can come together.”