In early March 2020, Melissa Young, artistic director of Dallas Black Dance Theatre, was on spring vacation. A few days into her break, she received a call from DBDT Executive Director Zenetta Drew. “She said, ‘I know you’re on a break, but I need you to come into the office,’” recalls Young.

Only a few days later, the city—and the country—started shutting down as Covid-19 began spreading in the United States. DBDT cancelled a Fort Worth performance and quickly thereafter cancelled in-person performances for the rest of the season.

In initial meetings with Drew in mid-March, Young remembers some dissonance between her own attitude and Drew’s. Young explains, “Working alongside our executive director—she was very calm, and I thought to myself, ‘Why isn’t she panicking?’” Drew’s response: “This isn’t my first crisis here at the company….We can do this. Let’s make a plan.”

Together Young and Drew laid out three-month, six-month, and one-year plans, even before they knew how long the pandemic might keep the curtains down. This proactive organizational response to the pandemic—back when many people were hoping that the world would return to normal a mere handful of weeks later—gave Young the confidence she needed to take the company forward artistically.

It is this combination of clear-headed, strategic organizational planning, combined with Young’s willingness to make bold artistic choices during the global pandemic, that has seen Dallas Black Dance Theatre’s fanbase grow and their artistic breadth expand over the past year.

After developing a strategic plan with Drew, Young began to reimagine the artistic future of DBDT for 2020. “I figured that this was a very important time that would determine our future artistically,” she says. “I’m the type of director who feels like if everyone’s voice is not included in the vision of Dallas Black Dance Theatre, then it’s not going to appear to the public as a point of view that is genuine.”

Instead of developing an artistic response overnight, reports Young, she took her time thinking about the values of DBDT, her long-term vision, and the mental health of the dancers. She spent hours checking in with company members, asking them how they felt artistically and mentally.

A few weeks later, the company launched the “Legacy Performance Series and Dance Maker’s Discussion,” a virtual series that reprises past works choreographed for the company and makes these performances available online for paid tickets. Not only are audience members treated to a second viewing of the original work, but, as part of the series, DBDT hosts virtual post-performance conversations with the choreographers and past and present company members.

For Young, the idea had been percolating since the onset of the pandemic. For several years prior to 2020, the company had been hosting conversations between current dancers and past members to help preserve the history of the organization. The Legacy Performance Series was an extension of these internal events.

Despite nervousness about the new model, the Legacy Performance Series was a hit.

A few weeks later and fresh off the phone with her neighbor, a videographer and editor, Young had dreamed up the “Petit Performance,” an outdoor, live dance event that the company would film at the Nasher Sculpture Center and make available online for paid tickets. Petit Performance featured new choreography and an exciting approach to watching dance.

At a time when most US dance companies had made their online content free, DBDT pioneered one of the first models for offering live dance content, viewable online, for a cost. The model allowed the company to develop works of the highest artistic quality and to continue to pay artists and staff, even in the midst of a global pandemic that would wreak havoc on the global dance community.

Young explains, “So many dance companies were putting out free content…but I didn’t want to jump on the bandwagon. I wanted to make sure that no matter what I saw for us, I wanted to have the same integrity and quality of what we always do.” 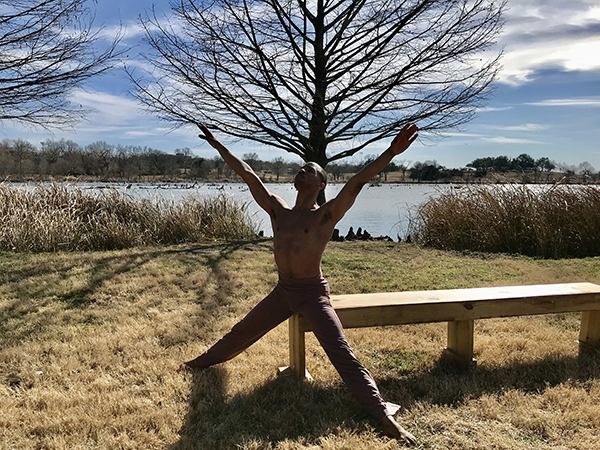 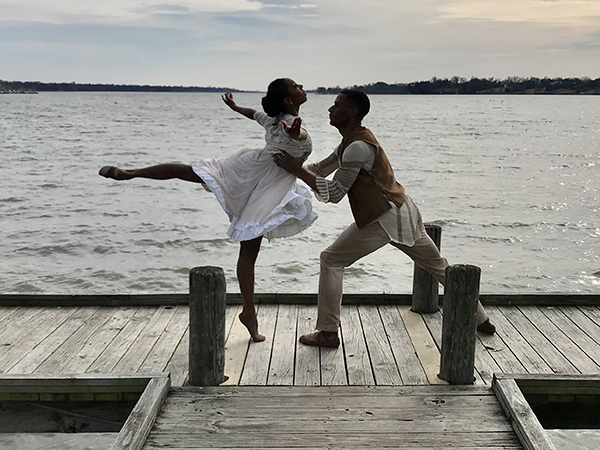 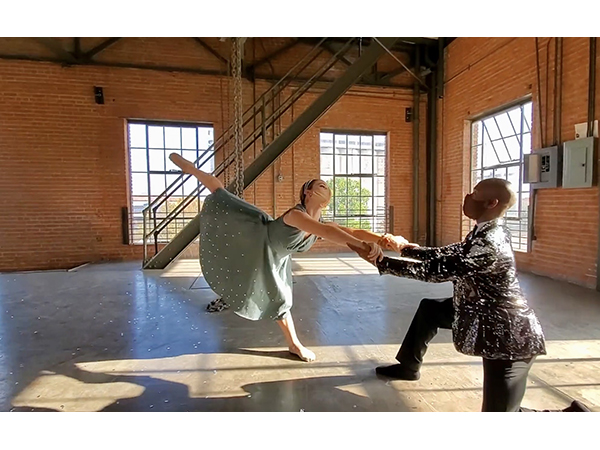 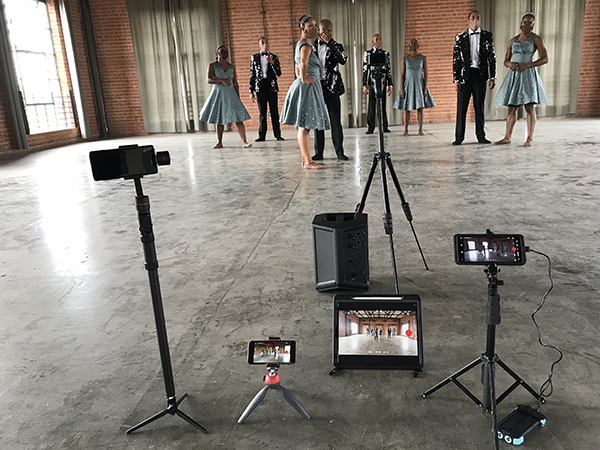 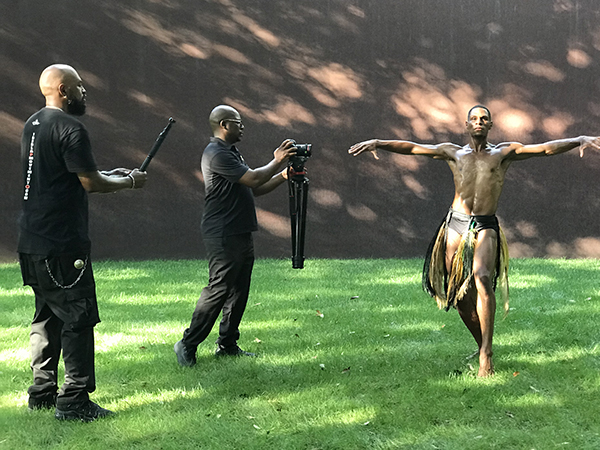 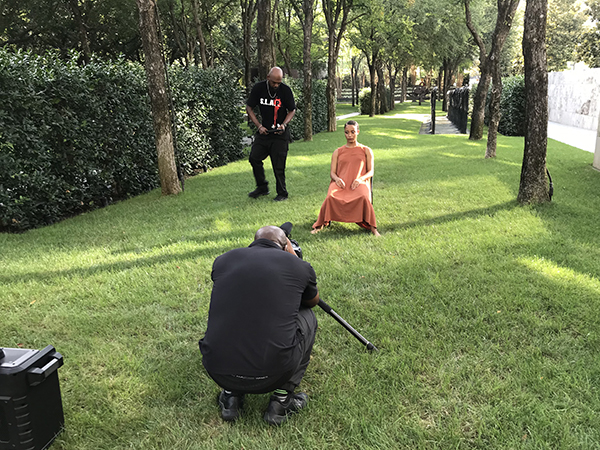 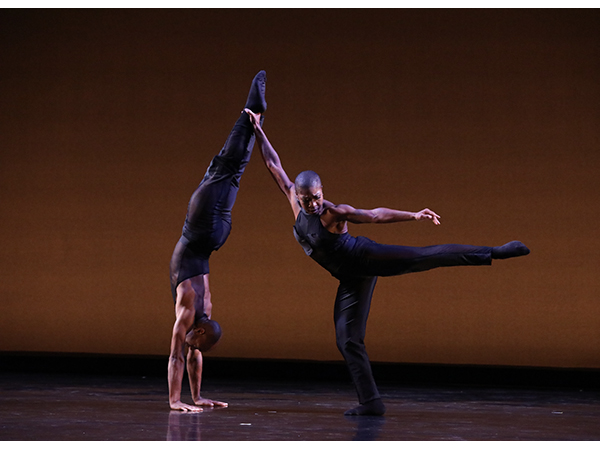 Zavier Mack and Lailah LaRose in From Within, Director’s Choice, November 2019. Photo by Amitava Sarkar. 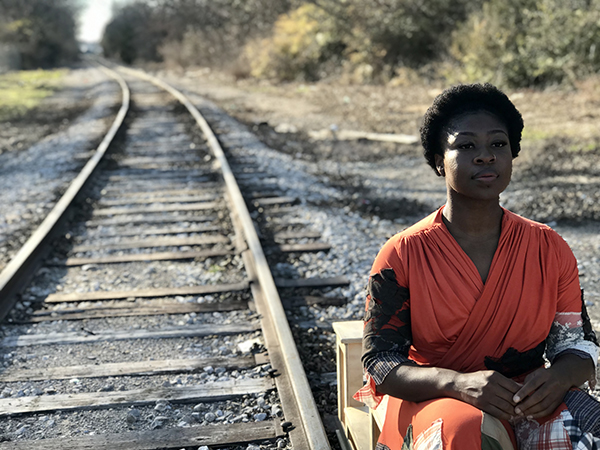 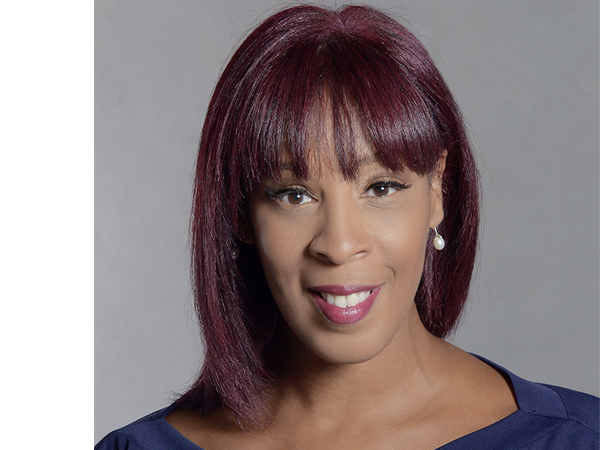 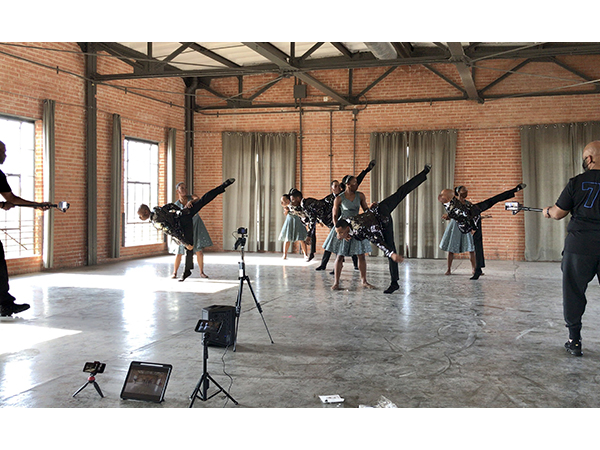 The DBDT Company performs I am LARGE by Melissa M. Young.

Like the Legacy Performance Series, the Petit Performance, which consisted of audience-favorite solos and a duet, received rave reviews. Audience members were delighted to view new content after months of cancelled productions, and DBDT dancers were invigorated by the opportunity to dance outside of the confines of their homes.

Despite the success, Young recalls many sleepless nights before the filming took place. “It took me a week and a half to get the courage to ask our company members to dance in the Petit Performance!” says Young. Her worries proved unnecessary, however, because the dancers signed on right away.

Since the debut of Petit Performance last July, the company’s virtual programming has only become more creative. The company and staff overcame a steep learning curve for performing for a camera and producing virtual content, and their efforts paid off. In 2020 they actually put on more performances than they would during a normal year.

In October they hosted their popular annual production “DanceAfrica,” but instead of featuring clips from past performances, dancers appeared live in locations across Dallas. In November they produced the world premiere of Dallas-based choreographer Joshua Peugh’s work I Am Large, which was also danced and filmed across the city. Meanwhile, the Legacy Performance Series continued to attract audience members interested in a behind-the-scenes view of the company’s repertoire.

Since they began their live performances, DBDT has also had audience members from across the world tune in for their virtual events.

Reflecting on her vision for the company’s artistic work, Young points out that the expanded reach has been a central goal to her during her tenure as artistic director. She believes that Dallas Black Dance Theatre’s work allows individuals across the globe “to reflect on hard truths” that many people are otherwise unable, or unwilling, to face.

For example, the DBDT response during the pandemic has given them a broader platform to articulate their vision for social equality.

In the climate of amplified calls for social justice, says Young, “We’re standing stronger in who we are. It’s nice to revisit works that we’ve done before because the impact of those stories being told through these different choreographies are even magnified—they’re amplified now—and people are having lightbulb moments. [The work is] pulling at people’s heartstrings. It’s awakening their minds, and there has been a greater level of acceptance for how people perceive us. They are lowering their barriers, their walls of communication. They’re asking more questions.”

DBDT isn’t slowing down anytime soon. Upcoming on Feb. 20 at 7 pm, Dallas Black will air “Cultural Awareness,” a live dance event performed in different locations in Dallas, that will use the choreography of Talley Beatty and Matthew Rushing to portray the emotional struggle that underlies social inequality.

In addition, they are planning to continue digital performances, even while returning to their performance and touring schedules and restarting their educational outreach in local schools after the pandemic subsides.

Young is aware that the company now has a responsibility to the new audience members they have gained over the past year. “Post-pandemic some people still may not feel comfortable to come out to see us. Pre-pandemic some people probably were not able to come out and see us for various reasons,” she explains. “Now that we’ve given and afforded this access to people, I think it’s something that we have the responsibility to continue.”