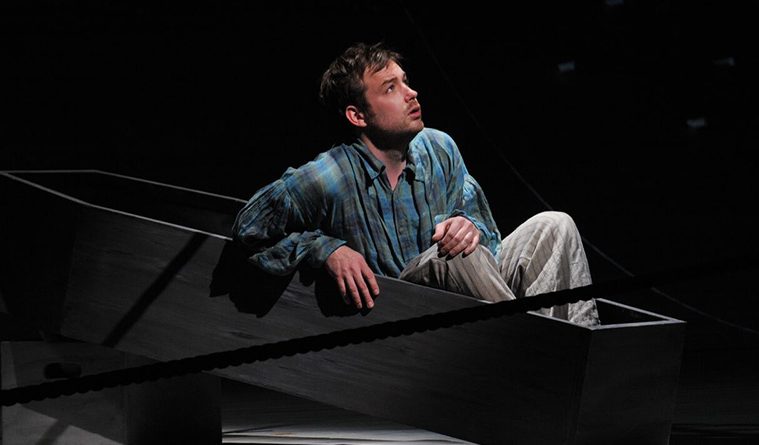 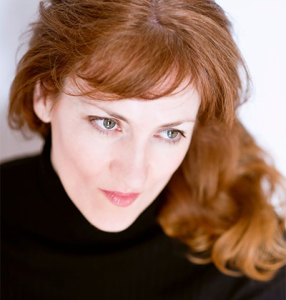 Emma Bell, a British soprano singing the role of the tormented Governess in Britten’s The Turn of the Screw. Photo by Paul Foster-Williams.

The Dallas Opera’s 60th season is back to basics, with three classics of the Western canon and two modern psychological dramas. Dallas audiences will see the return of several favorite singers, and the debut of a few new performers, as well as two operas that have never before been performed by the Dallas Opera.

“The artistic goal for the company is to present a range of production styles, some very traditional and some deliberately innovative or contemporary,” says Keith Cerny, Dallas Opera’s General Director and CEO, “and to bring in productions from other theaters, looking for the most extraordinary productions available whether from Canada or Europe, and bringing in a production from Tel Aviv.”

The production from Tel Aviv of Tchaikovsky’s Eugene Onegin, which opens the 2016/17 season, Oct- 28-Nov 5, reflects not only Cerny’s ambitious global search for innovative productions, but also the Dallas Opera’s prowess in casting singers who resonate with audiences. Cerny believes this “leads to a bond between the audience and the performer.” Eugene Onegin will bring together two of Dallas’ favorite performers: soprano Ailyn Perez and tenor Stephen Costello. Perez has performed several times in Dallas, including her comedic performance as an ambitious opera diva named Tatyana Bakst, in the world premiere of Great Scot in 2015. Perez will perform alongside Costello. The two were most recently seen on stage together in the March 2016 production of Manon. Costello will also reprise his role as Greenhorn in Moby-Dick when it returns Nov. 4-20. 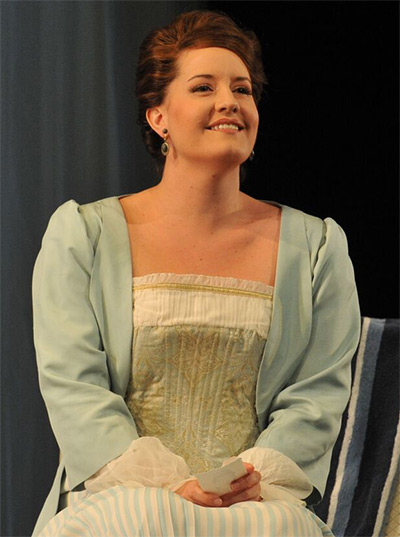 In 2010, Dallas Opera premiered the Jake Heggie and librettist Gene Sheer critically acclaimed Moby-Dick. After the great success of Moby Dick, Cerny commissioned Heggie to write another opera, Great Scot, which premiered in Dallas in 2016. Cerny also commissioned Joby Talbott to write a new opera, and ever the creative matchmaker Cerny introduced Sheer to Talbott. The two then worked together to create Everest, which had its premiere in Dallas in 2015. “Moby-Dick is a great example of how working with one creative team can then ripple out to other projects,” says Cerny, who cites the example of set designer Robert Brill and video projection designer Elaine J. McCarthy, who worked on Moby-Dick and Everest. Since then, McCarthy has returned to work on multiple productions, including Great Scott.

The season continues with Puccini’s Madame Butterfly, March 10-26, 2017. The opera’s soaring score and accessible story make it a favorite for even non-opera fans. The faithful patron will be excited by the Dallas debut of Chinese soprano Hui He, a leading interpreter of the role of Cio-Cio-San. 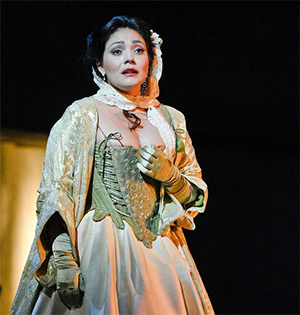 Ailyn Pérez in the title role of The Dallas Opera’s Manon.
She returns next fall to sing the role of Tatyana in Tchaikovsky’s
Eugene Onegin. Photo by Karen Almond, Dallas Opera.

The final two productions are Benjamin Britten’s The Turn of the Screw, March 17-25, and Vincenzo Bellini’s Norma, April 21-May 7, both new to Dallas Opera. The Turn of the Screw, based on a Gothic novella by Henry James, will have a dynamic set construction, including concentric turntables and a glass conservatory window that pivots, with British soprano Emma Bell making her Dallas Opera debut. Norma depicts a love triangle set during the Roman occupation of Gaul in 50 B.C., and will feature South African soprano Elza van den Heever in the title role. 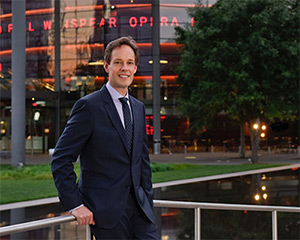 Cerny aims to “create emotionally truthful, visionary productions for patrons of every age and background” and to that end the Dallas Opera has several programs that have allowed it to successfully reach a broader audience. The Dallas Opera Family Performance Series presents kid-friendly performances with five-dollar single tickets. The simulcast program, now in its fifth year, has reached 63,000 people in public venues around the world.