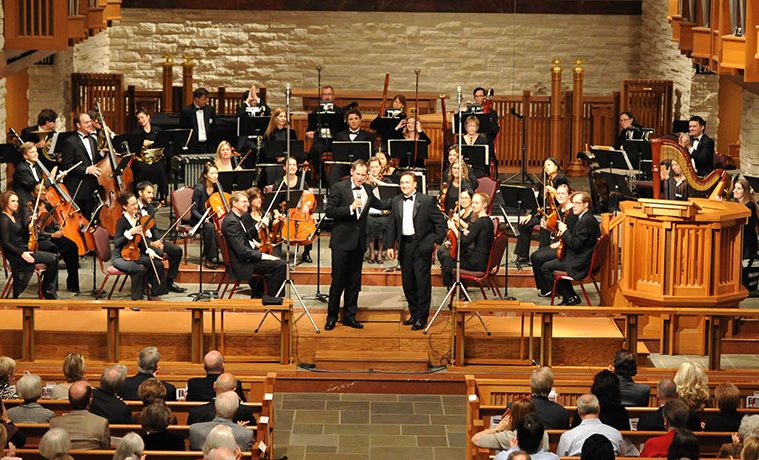 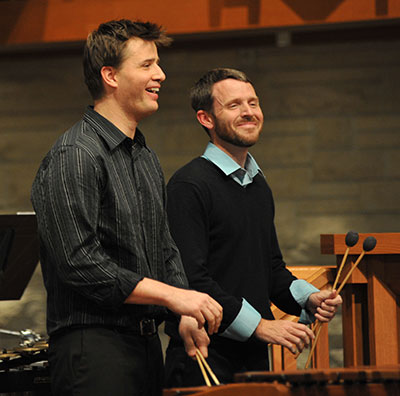 Houston-based River Oaks Chamber Orchestra (ROCO) has commissioned 43 works in their ten-year history, an impressive record for a young organization. ROCO puts commissioning front and center in their programming. Earlier this season, they premiered Anthony DiLorenzo’s Jabberwocky, and they will premiere Derek Bermel’s Murmurations on Feb. 13 as part of Mutual Affection-Conductorless, and Pierre Jalbert’s From Dusk to Starry Night as part of Notes to be Written on April 23. ROCO founder and artistic director Alecia Lawyer visited with A + C editor Nancy Wozny on the art and business of bringing new music into the world.

How do you see Houston as supportive of commissioning?

ROCO supporters have the vision to see the future of classical music lies in the hands of today’s composers and performers (wildcatters) and others who are innovating the genre while using technology and even the audience to create immersive experiences. ROCO’s mission of shaping the future of classical music is fulfilled through celebrating the rich history and traditions of classical music while also creating new works and collaborating/co-creating with living composers. Commissioning and performing new work is a major part of every season and something ROCO has made a big commitment to.

There is a reason I call what ROCO does “Wildcatting in the Arts!”

From the beginning of ROCO’s existence we have performed new works. The success of our 43 world premiere commissions, I fully believe, comes down to the very simple choice of not performing our concerts in order. We list most of the pieces, but the audience doesn’t know when that ‘scary new piece’ will be coming until we tell them.This really puts the audience in the moment and allows them to not dread what comes next, but takes pieces as they come, kind of like a jazz concert. Once people get a taste for helping bring new music to life, it is like anything else: new restaurants, new wine bars, new movies. People want to try new things and feel comfortable saying they like it or not. I believe until recently, audiences have felt intimidated at classical concerts and wouldn’t profess to really love or really hate a new work.

Why has ROCO made commissioning a top priority?

ROCO modernizes and energizes classical music through new works and new ways to deliver the classical music experience via live streaming, interactive audience experiences, opportunities to know the musicians and the composer, personal musician’s ringtones, composer talks, any and every way to connect people to people through music which is alive.

ROCO focuses on the musicians and their relationship with the audience. New music that is created specifically for our group makes the work very personal and connected, like all things ROCO. We perform music that spans all eras, not just concentrating on one period. If we performed only works that were written before 1950, then we would be stuck in a former time. The fluidity of choosing old music and new allows us to skate back and forth over time and take our audience on a true journey.

How do new composers get on your radar?

We find composers through every possible source. Again, getting back to “it’s personal,” ROCO musicians know many composers we commission or they are introduced to us by someone we know. We also have composers submitting new works on a very regular basis, hoping we will perform their pieces. Anthony Brandt approached us for his piece, Maternity, that was based upon David Eagleman’s writings about evolution through women in his life. 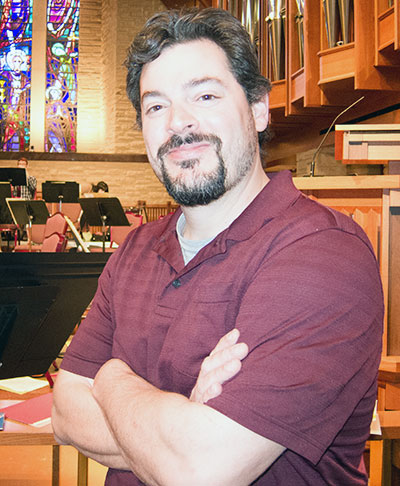 Do you ever follow what happens to a new piece once it’s been performed by ROCO?

Yes, composers let us know when their work is performed again. Most importantly for us and for the composers, APM, Performance Today regularly broadcasts us, including our new pieces. In fact, Houston’s own Karim Al-Zand’s ROCO commission, Visions from Another World, was just broadcast this past week. We have had support from the Herzstein Foundation for commissions that have been performed multiple times with various orchestras around the US, especially the Paul English piece based upon JoAnn Falletta’s poetry called Lumiere Lunaire.

Is there one commission you want to highlight?

Commissions can come from a musician (this time me!) who has a passion for a poem or a topic and wants to see it come to life through music. Anthony DiLorenzo is a composer and also plays trumpet sometimes in ROCO. I had discovered his pieces, especially Dracula, and thought he would be an incredible person to bring Lewis Caroll’s Jabberwocky poem to life. I have always loved that poem and found it to have so many different dimensions that I felt it needed an added element of music to further illustrate it. Tony’s piece called for a celeste, a bell-like instrument but with a keyboard with a sound color that was perfect for the child-like world of Through the Looking Glass.  He also included a pre-recorded voice reading the poem at the end of the work that added the perfect ethereal element to the piece.  Not only do I know that the piece will be performed again, but we were also approached to present the piece to an animation studio. Tony is an experienced film composer, so I am not surprised!

Is commissioning ever tricky for audiences in that it’s not a tried and true piece?

ROCO audiences trust us to introduce them to new experiences, explain the ideas and inspiration behind them, and take them down a path of discovery and innovation. If audiences feel comfortable and invited to express true opinions (even “I really didn’t like that piece!”) then they are more open to experiencing a new piece rather than dreading it and just waiting for it to be over. They are on a joint exploration with the musicians in the discovery. While we can play the piece ourselves, the music doesn’t fully come to life until there is an audience there to receive it. Many times I have had very traditional audience members come up and say their favorite piece was the new work, especially Anthony DiLorenzo’s Jabberwocky!

How do the musicians enjoy performing new works?

ROCO musicians are always up for a challenge and exploration. Our experience with each composer is always different, but we are all very excited to co-create with a composer. The best part of living composers is actually having a dialogue about interpretation and style with them. A musician cannot really ask Beethoven if he meant long or short on a certain note!