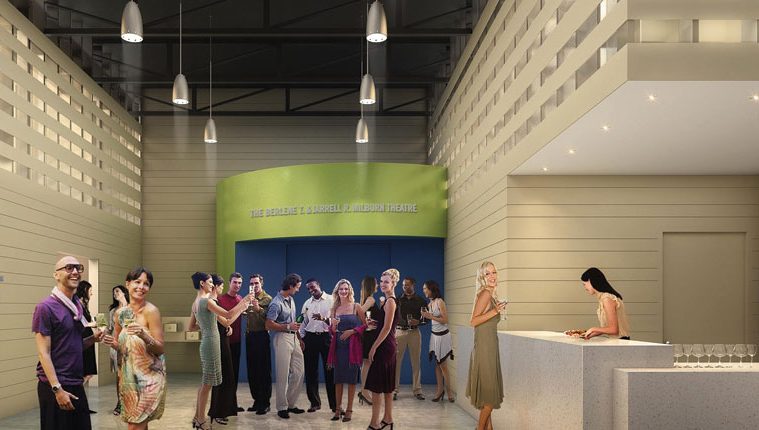 Kathleen Culebro, for sale who, mind along with four other Texas Christian University students founded Amphibian Stage Productions in 2000, order can be so low-key and understated that it’s sometimes hard to believe that she is an artist in the world of theater, where egos and big-talkers often dominate.

“My longtime shyness has been Amphibian’s biggest downfall,” she admits. “In Fort Worth, patrons like to know who they’re supporting. You’ve got to be there, you’ve got to go to the parties, you’ve got to meet people.”

She might be shy, but she’s parlayed that to her advantage.

As Amphibian closes its 13th season with the production of The True History of the Tragic Life and Triumphant Death of Julia Pastrana, the Ugliest Woman in the World, they also open a new chapter in their history. The ‘Phibs, as they’re known, have a new home in the redeveloping neighborhood of the South Main corridor on the Near South Side, becoming one of the few North Texas theater groups to have emerged in this millennium to be able to buy — not rent  — a space and turn it into a theater.

Amphibian’s new home, about half a mile south of downtown Fort Worth, is a handsome space that was formerly a nightclub, and has been turned into a black box theater (named the Berlene T. and Jarrell R. Milburn Theatre), with ample lobby, office, concessions, box office and storage space, all in about 7, 500 square feet. (The entire building is 15,000, and the other half is occupied by a marketing firm called The Starr Conspiracy.)

The group began with one production in the summer of 2000, a well-received revival of Lanford Wilson’s Burn This, produced in the Studio Theatre at TCU. The group remained at TCU through 2006, and because they were using a university facility, could only produce in the summer. In 2007, they became a resident company at the Fort Worth Community Arts Center, with cramped office space and producing strong work in the black box Sanders Theatre.

“We never could have made the transition from TCU to where we’re going next without that interim period [at FWCAC],” Culebro says. “It was a great way to move from being a smaller group to having staff, to working with more Equity actors and solidifying our relationship with Actor’s Equity, and being taken more seriously as a company and working year-round.”

To achieve that year-round goal, they expanded a popular staged reading series at the Modern Art Museum of Fort Worth, usually four readings a year; plus two, and then three, full productions in the Sanders. Now, with their own space, in 2013 they’ll be doing four full productions, three readings and some other events, and might rent out the space to other groups. (The readings will move from the Modern to the new home, but their presentation of the National Theatre Live productions will remain at the Modern, which conveniently has the movie screen.)

There are several factors for the growth. For one, the group has remained financially solvent and decided to move forward slowly and cautiously, never taking on too much to handle. A bigger part of that is that the ‘Phibs have kept a consistent high quality in production and acting/directing values, with a penchant for contemporary and thought-provoking scripts.

Carman Lacivita, who was one of the original founders and is still a company member despite having lived in New York since he graduated from TCU in 1999, acted in Amphibian’s last show at the FWCAC, The Understudy.

“People came back two and three times to see the show, and I got the impression it wasn’t just about the show, it was because they’re excited about what they’re doing,” he says.

Another founder, Jonathan Fielding, who is based out of Boston and recently opened his own theater in Cape Cod, is also still heavily involved with Amphibian. He starred in their production of Vigil in 2011 and is directing Julia Pastrana, a revival of a work that Amphibian gave its American premiere in 2003. He was an actor in that first production.

“I think we’ve been pretty consistent as far as the types of shows that we pick,” he says. “I feel like the work we do is pretty challenging. You can always tell because if you piss off a couple of people, you must be doing something right.”

With the production of Julia Pastrana, the chance to piss people off, notably anyone who’s claustrophobic, is a good chance. The entire show is performed in the dark, so that the audience relies on the other senses to get this story about a Mexican woman who was so terrifying to look at that she became a popular sideshow attraction.

“This is a hard show for the audience and the actors,” he says. “The actors have to be completely truthful and believable with their dialects, and heard. On top of that, they have to grope through this completely pitch-black space and find the right place for their cue and find the right sound effect to make. That said, it’s incredibly exhilarating, and something you’ll talk about for years.”

Obviously, people have been talking. Amphibian’s new space comes as the result of networking and building the business in the right way. A capital campaign to fund the purchase, a campaign chaired by actor Kevin Kline (a friend of Lacivita’s) is close to completion; and many of the services for the renovation of the space, including architectural services from Culebro’s husband Greg Ibanez, were donated.

“I have to admit that I didn’t know what I was doing [when we began],” Culebro says. “Everything I’ve learned by trial and error. I’m about to learn how to run a theater company with a building, being a property owner.”

Imagine what she might have accomplished if she wasn’t so shy.