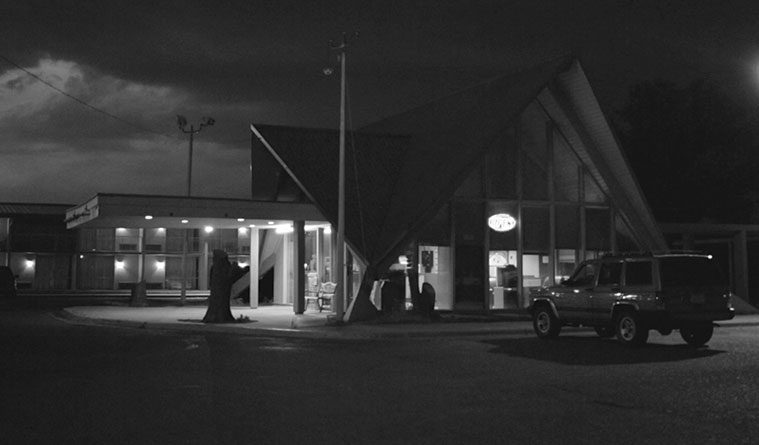 Conceptually Uniting Past and Present

Mario Garcia Torres at the Modern

Any Conceptual Art worthy of its name must be simultaneously compelling and rigorous, something evidenced by the all too frequent dissemination of “pretend” conceptual art which remains cerebrally on the surface and boring.  Here, the Modern Art Museum of Fort Worth has not disappointed with Focus: Mario Garcia Torres, the third and final Focus exhibition of the season. Torres (born Mexico 1975) lives and works in Mexico City and has mounted many notable solo exhibitions in major cities as close as Miami and as distant as Paris, Brussels, Barcelona, Zurich, and Tokyo.

Torres’ interests lie in art historical master narratives that include embedded, forgotten, or perhaps occluded histories that he seeks to retrieve and reconfigure in order to reinsert the fragments into the current conversation about particular artists and periods.  This strategy connects the past to the present by raising awareness about the construction of historical knowledge and how excluded content may reveal something about the nature of memory and even the submission and resistance to authority. 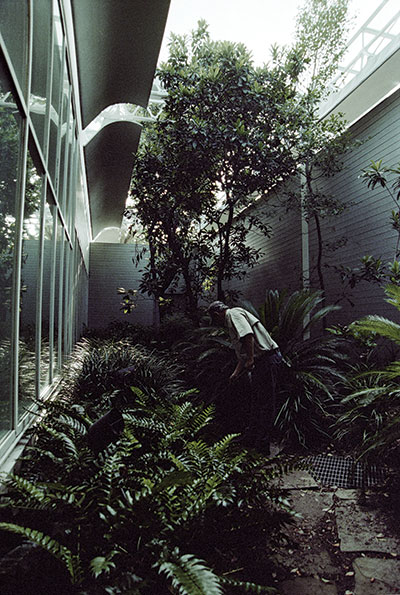 Former projects along these lines investigated forgotten narratives in the work of On Kawara, Daniel Buren, and Alighiero Boetti.  This time Torres focus is on Robert Smithson, known for his earthworks projects, the most well known being Spiral Jetty (1970) in the Great Salt Lake.  His plans for a project at the Dallas/Fort Worth Airport (1966-7), which were never realized, and the posthumous construction of the earthwork Amarillo Ramp (1974) are the intersecting stories that Torres investigates in his intervention.  Smithson tragically died in a plane crash in 1973 while surveying the actual site for the project in Amarillo.  This piece of biographical information is essential to Torres project as it leaves room for an access point into history.

Torres constructs a counter narrative in the form of a fictitious gardener at the Menil Collection in Houston, who is depicted in two photographs in the three room exhibition as well as in a film The Schlieren Plot, n.d., that involves both of the Smithson pieces.  The film follows the gardener on a road trip from Dallas/Fort Worth to Amarillo, ending in an aerial view of the now decaying Amarillo Ramp as if from a helicopter.  The gardener, well versed in Smithson lore and a stand-in for Smithson himself, explains and combines aesthetics and historical events, mingling real and fictional stories about what happened and might have happened.  In so doing, Torres’ project blurs the boundaries and distinctions of truth formation and its dissemination through time.

The exhibition includes nine preparatory drawings by Smithson for the DFW Airport project.  These pieces stand as actual relics from the past between which Torres positions his own storyboards for the film, thereby creating the conditions for a contemporary dialog about the never realized project and it’s afterlife through the film and the exhibition as a whole.  An original soundtrack, with songs written by Torres, was composed and even pressed onto 1000 vinyl records for the show, such that the musical styles and media remain specific to Texas and the period.

Torres took the name for the film from the schlieren effect in physics that describes optical anomalies in the atmosphere.  They are particularly responsible for mirages and provide an ample metaphor for his fictional retelling of this forgotten story.

This demanding exhibition would be nearly impenetrable for those with no knowledge of Smithson and the earthworks of the 1970’s, and almost as difficult for anyone else who fails to take the time to soak in the film and really experience the pieces.  Thankfully, assistant curator Alison Hearst wrote a detailed exhibition pamphlet, a handy guide that explains Torres intentions and outlines the context of his place within the current art historical narrative.