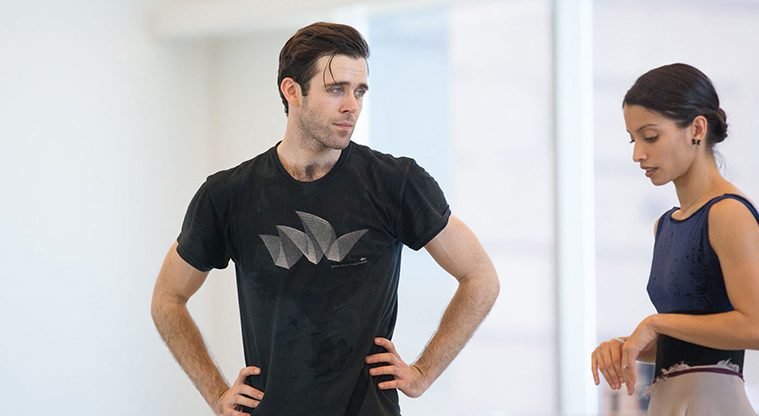 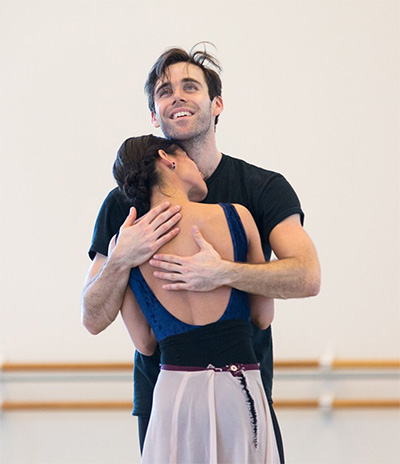 “My mother would be here every opening night if she could,” said the dark-haired dancer, his blue eyes glinting like the smile spread wide across his face. “I think, as she’s gotten older, she’s become even more proud.”

In a way, Connor Walsh, principal at Houston Ballet, has followed in his mother’s footsteps. Constance Walsh studied at the Martha Graham School, started her own company in New York, and is now the associate artistic director at BalletNova in Northern Virginia. Walsh has taken a more classical route, but if his expression is any indication, pride is a reciprocated feeling for the dancing duo.

“We’re happy in the ways that we’re pursuing our passions, but we were never blessed with the money tree,” Walsh said of his family. “Both of my parents did what they loved, and now my brother and I do what we love.” His father, Mark Walsh, worked in the restaurant industry, and his brother, Chad, was recently named one of Food & Wine’s Sommeliers of the Year, Walsh boasted.

The brothers grew up in restaurants and dance studios. Ballet began as a hobby, and it was the social environment that initially attracted Walsh to the art form. Excited by the idea of camp year round, Walsh enrolled at Kirov Academy of Ballet, a prestigious boarding school in Washington, D.C., at the age of 11. Feeling unsettled, he later transferred to Harid Conservatory in Florida, and when encouraged to study elsewhere over the summer, a 15-year-old Walsh attended Houston Ballet’s intensive.

“I came once, and I haven’t left since,” he said. “It was so open and so positive, and I was coming from two schools that were very strict Russian training where they kind of break you down and build you up. I was too young to understand the sacrifice they were demanding.” 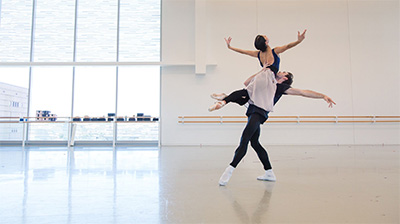 Now 30, Walsh has spent half of his life in Houston, and over the years, he has become quite the audience favorite. Recently, though, the city has had the opportunity to see a new side of the dancer as he dips his toes into the realm of choreography – something he said he would never do. A few years ago, Walsh participated in one of Stanton Welch’s choreographic workshops at Houston Ballet, but he found the process draining and painfully personal, as if he were handing over a diary of his life.

“Decision-making is challenging for me, especially in a creative manner,” he said. “I’ve had to learn how to create an environment where I feel comfortable being vulnerable.”

When the company began touring more, the workshops faded out, and Walsh did not choreograph again until he and fellow dancers Melody Mennite and Oliver Halkowich established REACH, which is scheduled to take place again this year on June 30 & July 1. The project is run entirely by the dancers, who donate their time, and its debut performance last April proved groundbreaking for Walsh in that he finally felt satisfaction seeing his creation performed onstage.

The stereotypical perfectionistic tendencies of a dancer are no joke, Walsh explained, and it’s something he has worked to let go of. “The more choreographers I worked with, I realized how imperfect they were in the standard that I was trying to place on myself,” he said. “It’s the arc of the dance that matters.”

Since the REACH performance, Walsh has received two choreographic commissions, one of which was for MetDance’s February production “DUO.” The other will premiere this month at University of Houston Cynthia Woods Mitchell Center’s festival CounterCurrent in Ten Tiny Dances, a project that features the work of 10 artists performed on a four-by-four stage. 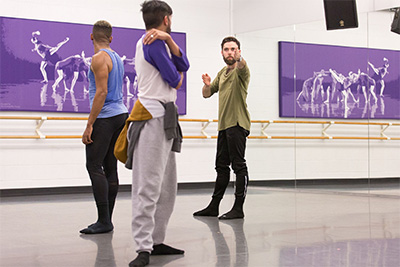 To fully grasp the extent of Walsh’s undertakings, his commitment must be put into perspective. In just over a month, he performed in two productions – Cinderella and Legends and Prodigy. He flew to Latvia to perform in a gala with fellow principal Karina Gonzalez, and he toured with Houston Ballet to Germany. His workdays at the studio span as many hours as a traditional businessman, and instead of resting on his days off, he’s typically teaching or choreographing.

One of his upcoming endeavors is to perform with Lynn Lane’s Transitory Sound and Movement Collective in an improvised show. “Every ballet dancer’s worst nightmare,” he said, revealing that he would soon be calling all of his improvisational contemporary dancer friends for advice.

Last year, he had taken on a similarly daunting task, partnering with dancer Laura Gutierrez in a 20-minute, silent, site-specific show at a gallery. In the end, he found music in the silence, the ambiance of the space.

“I don’t say no to anything,” he said, laughing. “I look at a lot of these things that I’m doing as my own training. That’s why I say yes.”

Simply put, he is Houston’s Yes Man. Professionally, he is a dancer, a teacher, a mentor, and an emerging choreographer, although he might disagree with the latter. “I don’t like calling myself a choreographer,” he insisted, “because I’m not dedicating my life to it.” 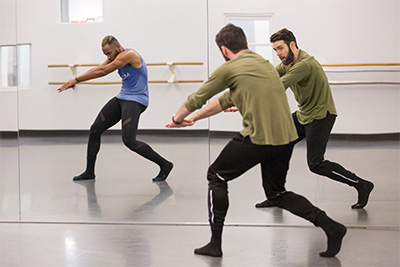 Walsh’s confidence grows more apparent when discussing his role as an instructor. “Working with people and watching people grow, that’s such a joy to me,” he said. Alongside teaching master classes elsewhere, he often shares his knowledge with local talent, including the dancers of Houston Ballet II, MetDance, and Hope Stone, to name a few.

He has a dream of one day directing a company, but he is unconvinced that holding that position of power is the only route to achieving his true goal of supporting and promoting his livelihood. Educating audiences, he explained, is key. “As passionate as dancers can be, sometimes we don’t know how to verbalize the beauty of dance. We have to explain to people why we think it’s so beautiful,” he said. “I want to help elevate the art form, and everything I do in my life is to better learn how to do that.”