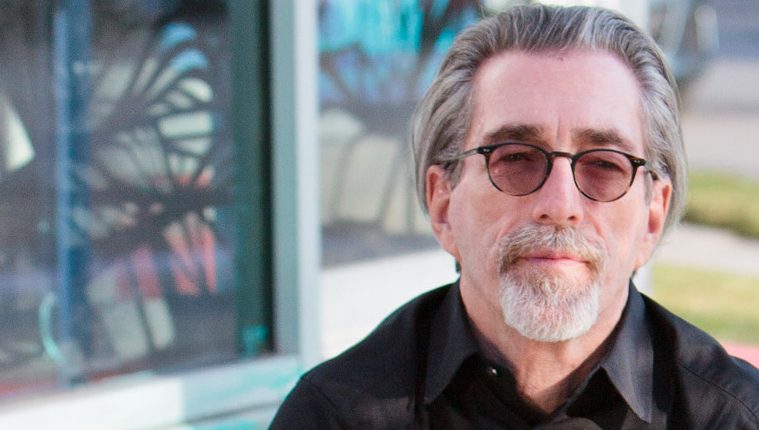 It’s hard to think about the arts in this city without Michael Peranteau’s name coming up. From DiverseWorks to Project Row Houses (PRH), Peranteau has been a steady presence on Houston’s artscape for decades. He spoke with A + C editor, Nancy Wozny, about the next chapter in his arts life as executive director of Arts League Houston (ALH).

A + C: To what do you owe your astonishing longevity in the Houston arts world?

Michael  Peranteau: I have been very lucky. Throughout my career I have been drawn to projects and organizations that challenged me and gave me vitality. Looking back, I notice that some of the most rewarding work happened in the leanest of times. Since I opened my first gallery, the Center for Art & Performance (CAP) in 1981, I knew that I was in a part of the world where I belonged: working with artists. From there, I went to DiverseWorks, and it was an incredibly fun and critical period in the art world. I was able to travel throughout the country for the NEA and arts conferences and to see art internationally.

It was also a very political time and artists were very involved in politics and change. They were in D.C. fighting for their First Amendment rights and at the same time fighting for equitable pay for visual artists. I was lucky enough to have found my passion and I have been able to follow that passion for all these years. I’m grateful for the privilege and the honor of getting to know these artists, many of whom are now my friends and support system.

A + C: I did a happy dance when I found out you were the new Arts League chief. It made so much sense. For you, too?

MP:  When the executive director position opened at the Art League, it just felt like I might be the right person for the job. I had been a development director at SPA and Project Row Houses for a total of four and a half years and that was the longest period in my career I had gone without being directly involved with artists and in programming.  I missed that. I also felt that my skill set was a good match for what I felt the Art League needed at this point in its history.

I’m working with a dedicated, creative team and we are all continuing to learn. The Board is engaged and working to secure our future and the staff is talented and committed. But most of all, it’s a joyful place, and at this point in my life that may be the most important ingredient to a happy life for me.

A + C: How do you balance respecting the organization’s early mission with forging forward?

MP: Our mission is to cultivate awareness, appreciation, and accessibility of contemporary visual art within the community.  That mission still fits perfectly with the programs of the Art League today.  And it’s a broad mission that gives us the ability to work in many arenas.

We run an art school for adults, we provide art programs for five Title 1 elementary schools and we also have a serious visual arts program.  ALH will celebrate its 65th anniversary in the coming year. We are as vital as ever and continually work to further realize our mission in new and interesting ways.

A + C: Give us a flash overview of what’s happening in the Art League space now and in the near future.

MP: We are revamping our visual arts program by adding a small Artist Advisory Board and clarifying our exhibition selection process so that it is completely transparent. At the same time, we are starting a serious Public Art Program starting with a 180 foot sculpture by Patrick Renner on the esplanade in front of the Art League’s headquarters.

Running through the first week of January are two exhibits, STACKS and Flying Solo. Curated by artist Robert Pruitt, STACKS looks at the relationship between cultural tropes and the notion of an authentic black experience. As a cathartic act, six artists utilized the exhibition’s opening to publicly deconstruct, destroy, and de-power materials that impede the construction and reception of Black imaginative power. These materials were literally deconstructed by a wood chipper and an ax on opening night and as the exhibition proceeds the artists will re-contextualize and revamp the ideas and products to create a multi dimensional view of black creativity.

Flying Solo, curated by ALH’s Visual Arts Director Jennie Ash, looks at the work of seven artists who are not represented by galleries.  During the course of this exhibition there will be panel discussions with represented and unrepresented artists and dealers looking at all of the issues around gallery representation and flying solo and the implications and pros and cons of both.

In January, we have invited El Rincon Social (ERS), a collaborative artist organization in the East End, to take over one of ALH’s gallery spaces.  At ALH we will continue to connect with Houston’s diverse communities in partnerships that will benefit the community at large.

A + C: Talk about art and politics.

MP: I have been very political my entire life, and have always been drawn to political and community-based art.  At DiverseWorks, we presented artists like Mel Chin, Sue Coe, Robbie Conal, Gran Fury, Group Material, Guerilla Girls, Pomo Afro Homos, The Fourth Ward Exhibit, among many others.  The work at Project Row Houses, an organization I helped start, was groundbreaking, and to this day PRH remains a global model. Where the arts and social justice intersect has always been a place of inspiration for me. It’s not the only one; however, it has paralleled our culture’s and my personal journey.

A + C: How did you know that the arts would be central in your life?

MP: I was always been attracted to the arts and even before I opened CAP with artist Max Pruneda in 1980, I had been working in a restaurant, 120 Portland, and we would clear out all of the tables and chairs at closing time on Saturday night and hang art all night and have Sunday afternoon openings. These exhibits were a success and hundreds of people would come.  There was something very rewarding in connecting people to art, artists and community.

Stacks and Flying Solo
through January 4, 2013