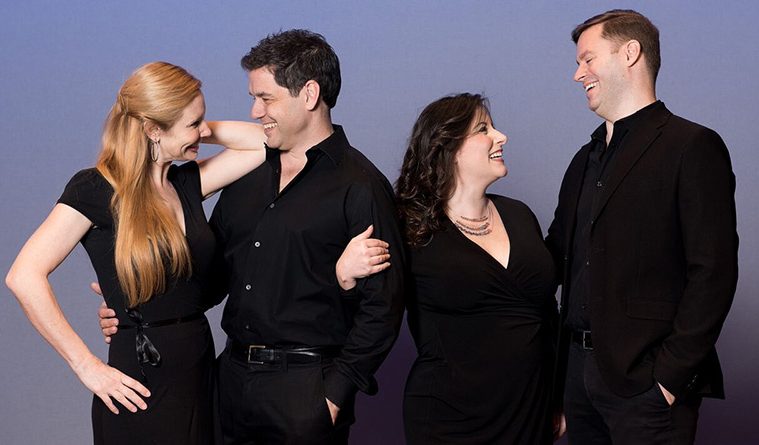 Curtain Up: Theater Returns to the J 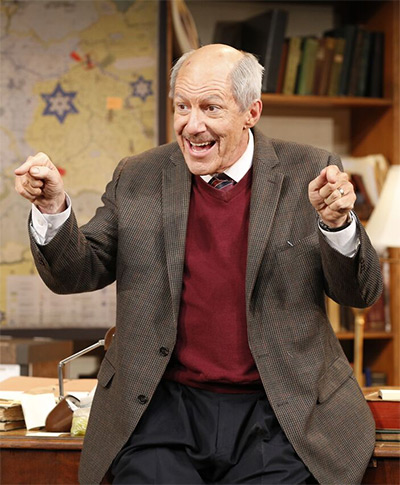 From its sprawling campus along Houston’s Brays Bayou, the Evelyn Rubenstein Jewish Community Center has long enjoyed a reputation as an epicenter for arts and cultural events. The organization hosts a mind-boggling array of lectures, performances and festivals throughout the year, including the highly anticipated Dance Month at the Kaplan Theatre and the annual Jewish Book and Arts Fair. Aficionados and newbies alike have expanded their horizons through J’s arts programming.

This year, the organization very quietly ushered a theater season into that mix. While over the years, theatrical performances had taken place on its stage—consider Bad Jews, last year’s partnership with Black Lab Theatre and Stages Repertory Theatre—it has been nearly a generation since a full stage season was part of the arts lineup. (The ERJCC has a thriving theater program for young people, with acting lessons and staged performances.)

“It has been at least since the late 1980s, or early ’90s, since we’ve done a theater season,” says Marilyn Hassid, assistant executive director. “And after the success of the re-launch of our children’s theater program, we thought, let’s bring back theater.”

The J pulled together a committee of staff and community members to look at what a revamped stage series should look like. Hassid points out that Houston has a tremendous amount of quality theater, on professional, semi-professional and amateur levels, so the newly formed committee was confident another theater series in the city would do well.

“Houston truly supports its arts programming,” says Hassid. “So we knew that we had an audience base. But other things emerged for us as we put this together. We wanted to be able to push the envelope a little bit, have new things. We wanted pieces that were edgy, fun and enjoyable. And we wanted things that were Jewish.”

Presenting and promoting Jewish and Israeli artists, as well as subject matter of interest to Houston’s Jewish community, is paramount to the mission of the J’s arts programming. The organization sees it as a way to keep the culture alive, as well as use it to build bridges between communities. With theater, Hassid says, the pool of options was deep, thanks to the longtime culture of Jewish theater in particular, as well as to participation from Jewish artists in mainstream productions.

Hassid says the committee, which is made up of what she calls “very intelligent theater people bringing ideas to the table,” read through dozens of scripts to pick pieces that would work well for the organization. In April, Tom Dugan performed Wiesenthal, a one-man play about the legendary hero who brought thousands of Nazi war criminals to justice, a co-presentation with Holocaust Museum Houston. Hassid called the show both powerful and funny, showing Simon Wiesenthal not only as a Nazi hunter, but also as a man. The J will present Stars of David: Story to Song, May 11-22, based on Abigail Pogrebin’s book about well-known Jewish personalities, including Tony Kushner, Ruth Bader Ginsburg and Gloria Steinem, with music by Marvin Hamlisch and other Jewish composers and lyricists.

“These are stories that are serious and funny,” says Hassid. “All of them are set to music. Kushner’s is about a Passover Seder, where you’re with family and you want to rip each other apart sometimes, but you always go back—because it’s family.”

Next season will see a full series. Uncle Philip’s Coat, by Matty Selman, is the story of a young man who inherits a tattered coat from his uncle, a Coney Island peddler. He has no desire to keep the rag, but as he tries to get rid of it, he winds up learning more about his family and what the garment means. Hershel and the Hanukkah Goblins is based on Eric A. Kimmel’s children’s book, itself based on a Jewish folk tale. Hershel is a Russian wanderer who winds up in a dark village one night, only to be told that evil goblins there hate Hanukkah, and that he’s the only hope to lift a curse put on the holiday. Hassid is talking with local theater companies about a possible collaboration for a third show.

“We rolled out this season in a very gentle way,” observes Hassid. “And the response has been so encouraging and enthusiastic. We wanted to be able to say, ‘We’re back.’ We’ve really set the stage for people to now look to the J for theater, as well as the other arts programming we do.”