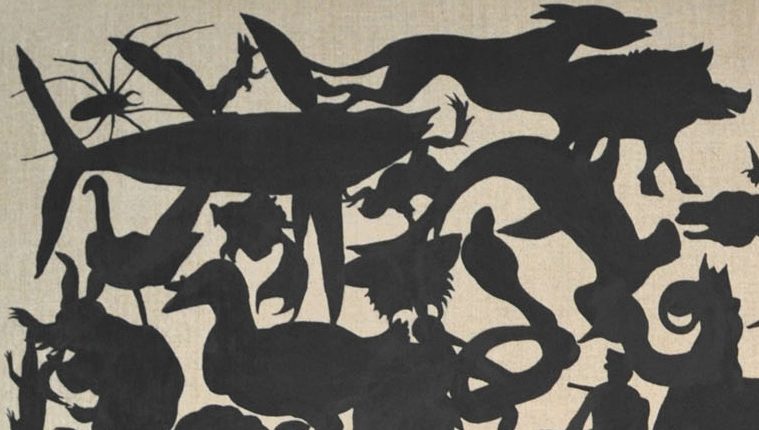 At the ripe old age of five, the Dallas Art Fair is becoming as sure a sign of April in Texas as wildflowers blooming along the highways – albeit one with a more contemporary edge. More than 80 galleries representing cities from Miami to Milan will set up shop April 12-14 in the Fashion Industry Gallery adjacent to the Dallas Museum of Art.

That’s more than double the number of galleries featured in the fair’s debut. While Houston gallerist Betty Moody has participated in both her city’s new fairs – the Houston Fine Art Fair and Texas Contemporary, held in September and October, respectively – the Dallas fair’s growth has sufficiently impressed her that she’s coming back.

“It really has matured nicely as a fair,” says Moody, whose respected Moody Gallery represents contemporary Texas artists as well as showing works by such California masters as Jess and Jay DeFeo.

Reflecting on the fair’s evolution, “What I’ve become most aware of is the exchange that occurs during the Dallas Art Fair,” says co-founder Chris Byrne. “Initially, our intention was to bring world-renowned galleries to Dallas for our local audience. As we continue, I’m excited that we are also featuring the work of great local artists and important museum exhibitions as well.”

The fair’s timing overlaps with the Cindy Sherman survey at the DMA and the Ken Price retrospective at the Nasher Sculpture Center, and the DMA, the Nasher and Dallas Contemporary are the beneficiaries of the fair’s opening-night gala on April 11. Also on the pre-fair itinerary is the Power Station opening of Tobias Madison, Emanuel Rossetti, and Stefan Tcherpnin on April 10.

One sure sign an art fair’s arrived: satellite fairs. Take Caja Dallas, which is being held at Dallas Contemporary and co-presented by the Dallas Art Fair and Seven, a collaborative project of BravinLee programs, Pierogi, P.P.O.W., Postmasters Gallery, Ronald Feldman Fine Arts (all New York), Catharine Clark (San Francisco), and Inman Gallery (Houston). It’s billed as beginning “the discussion of what impact the market or consumerism has on artists within the current gallery and art fair models. The project will take the form of a real working and functioning art fair inside a non-for-profit institution, investigating, yet blurring the boundaries of all known art world systems.”

Inman Gallery owner Kerry Inman says she sees the mini-fair, which previews April 10, as a way to attract visitors to Dallas Contemporary, one of the Dallas Art Fair’s beneficiaries. She’s contributing work by Dario Robleto and Marc Swanson to a group exhibition overseen by Pierogi co-owner Joe Amrhein.

“The idea is that a group exhibition of works by artists from all over invites more cross-fertilization and dialogue than individual gallery booths,” Inman says. “It is a smart way to engage the larger community in Dallas – having a satellite fair, but under the auspices of the Dallas Art Fair.”

Also getting in on the satellite act is art blogger Robert Boyd, who spontaneously launched the Pan Art Fair at the downtown Houston Embassy Suites during Texas Contemporary’s run last fall. Boyd lost money but had so much fun he’s following suit with PAF Dallas but limiting it to one day, April 13, at the Belmont Hotel. Boyd promises whiskey along with work by a mix of Texas artists including Christine Bisetto, Christopher Cascio, Nathan Green, Jim Nolan, Michelle Mackey and Emily Peacock.

A+C caught up with Nancy Whitenack of Conduit Gallery (Dallas) and Scott Zieher of ZieherSmith (New York), who were kind enough to let us eavesdrop on their discussion of all things fair-related.

Nancy Whitenack:  My gallery and ZieherSmith were both at the Miami Project art fair during Miami Basel. You were there despite the fact that your gallery flooded during Hurricane Sandy. That’s very gutsy!  That would indicate to me that you think art fairs are important?

Scott Zieher: Fairs are an important part of the contemporary art market and they’re integral to broadening a gallery’s exposure. We meet great collectors every time we do a fair, and the sales from fairs can really boost the momentum of careers. I try really hard to concentrate on the exhibition schedule as well, and worry sometimes that a rigorous fair schedule takes away from gallery programming. But we’ve managed to balance those things after ten years in the business.

NW:  How many fairs do you do in a year? Why did you choose to come to Dallas Art Fair? And how do art fairs affect your business?

SZ: We have done as many as six fairs in a calendar year, international, large and small. We now do two or three a year, and Dallas was very good for us last year, so we anticipate continuing to exhibit there. We chose Dallas because the 2×2 auction had always realized great sales for our artists, better than any benefit we’ve done, and we do a lot of them. We also felt we had a few solid connections with the curators and collectors in Dallas and wanted to broaden that pool. We feel like cities that have collectors we can reach out to throughout the year, and not just during the fair season, are places we want to expand our business. Dallas is definitely one of those cities.

NW: We are going to show a new artist from the Netherlands, Merijn Hos, who cuts figurative shapes out of wood and embellishes the shapes. I am also showing a black/white painting of Carrie Marill with a scramble of animal forms which fit together like a puzzle. Is there an artist new to the gallery whom you are bringing to the fair? What work are you showing that you are most excited about?

SZ: I’m really excited about Paul Anthony Smith, who is the latest addition to our roster. Jamaican-born, he grew up in Miami and is now living and working in Kansas City. He is 25 years old and really onto some fascinating work. He’s using a technique called picotage, which is effectively picking away the surface of a photograph with a ceramic tool. The effect is magical and we’re happy to be working with him.

Trenton Doyle Hancock, You Are a Liar and the Truth Is Not in You, 2010. Acrylic and mixed media on canvas. 90 x 132 inches. Courtesy: Talley Dunn Gallery, Dallas.

I’m also really excited about another of our new artists, Jason Brinkerhoff, who won the Gallerist’s Vogel Award last year at the fair. He lives in California and works exclusively with the female form. We’ll be showing a new series of larger scale, multi-figure drawings.