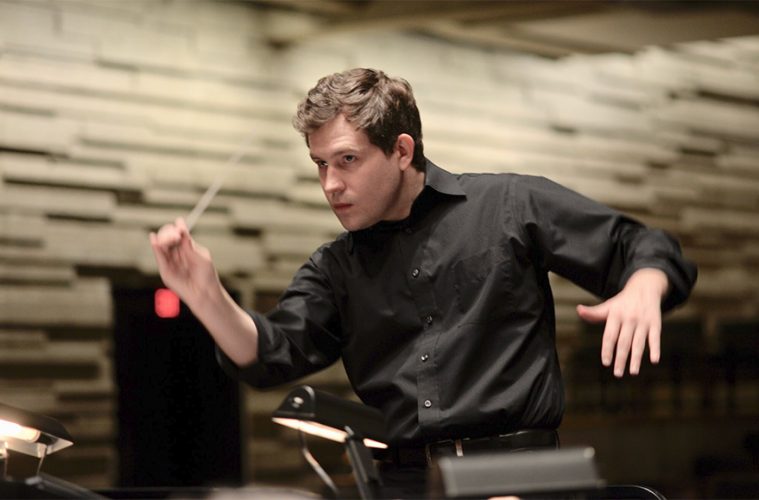 Practically anyone who’s lived in Dallas for the past decade can reflect on the “then” and “now” of its downtown arts scene. Ten years ago, Flora Street began its transformation into a living, breathing arts district as some of the city’s largest performing arts venues took shape east of Pearl Street.

When the Dallas City Performance Hall (now Moody Performance Hall) opened its doors to the public in 2012, it also opened the doors of opportunity to a number of mid-sized arts groups in need of a right-sized venue.

And so begins the story of the Dallas Chamber Symphony.

“I remember touring it (Moody) and thinking, ‘This is perfect,’” says the symphony’s founder and Artistic Director Richard McKay. “It couldn’t be a better venue for what I envisioned DCS might be. When we toured that facility, we confirmed that it was everything we could’ve hoped for. That was really the catalyst that set everything in motion.”  In fact, adds McKay, DCS was the first group to officially rent the space upon the hall’s opening. 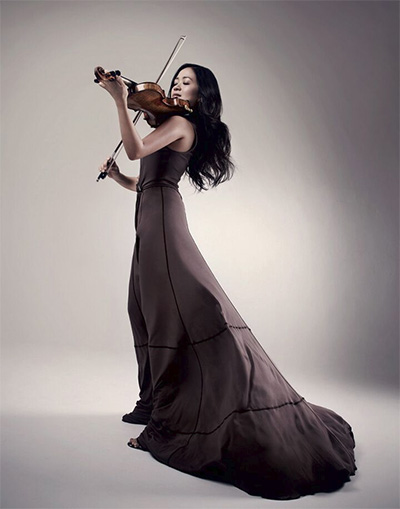 Platinum artist Chee-Yun will bring the evocative sounds of the tango to life as she performs Piazzolla’s The Four Seasons with Dallas Chamber Symphony on Feb. 19th at Moody Performance Hall. Photo by Youngho Kang.

The North Texas native had moved back to Dallas the previous year, after finishing his Doctorate from the Peabody Conservatory in Baltimore. He never questioned his decision to come home. First, it was a matter of shrewd business sense: The economy in Dallas was stronger than most other major U.S. cities. “New York and Los Angeles are saturated. I thought there was a lot of opportunity here to do something big that could be meaningful for the city for the long term.”

McKay also noticed that Dallas was one of few cities of its size that did not have a professional chamber orchestra at the time. He saw a genuine need for an orchestra that could offer a different kind of concert experience, focusing on the body of repertoire written for smaller ensembles ranging from 12-45 players, instead of traditional symphony orchestras of 70 or more. “Even when we perform well-known classics (like Beethoven’s Fifth Symphony, for instance), the sound of a leaner ensemble is so different from what people are accustomed to hearing,” McKay explains. “It’s a unique sound and experience, for our players and our audience.”

To date, DCS has also commissioned nearly 20 film scores, usually for classic silent movies. Their Sight of Sound event is an annual contest enlisting filmmakers to create a visual work around a music score, somewhat of a reversal of the standard cinematic process.

But McKay is just as enthusiastic about taking music to places outside the concert hall, such as juvenile detention centers and homeless shelters. “These can be very challenging environments to work in, but we’ve got musicians who are great in these kinds of settings,” McKay says, suggesting the transformative power of people sharing their stories. “We have some musicians who themselves had rather complicated upbringings and found a way through music and performing to turn things around for themselves.” 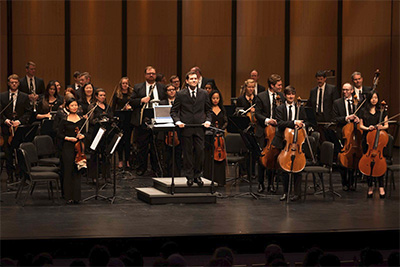 In 2018, DCS commissioned Composer-in-Residence Dr. Douglas Buchanan to write three new works, including a poignant program addressing the needs of Dallas’s homeless population. Titled Crossroads: Exploring the Sounds Between, the orchestra collaborated with the Dallas Street Choir, a group made up of homeless citizens from the area.

McKay is proud of the distance his organization has come in seven years, noting that the past two to three years have seen a significant change in the orchestra’s chemistry. They’ve gotten more selective about their programming and who is invited to join the ensemble, even flying in superstar Concertmaster Kazuhiro Takagi from Japan for every concert.

They symphony’s upcoming concert on Feb. 19 includes a performance of Piazzolla’s The Four Seasons of Buenos Aires, featuring guest violinist Chee-Yun, known internationally for her flawless technique and artistry. Additionally, the organization’s board recently adopted a five year plan that includes launching more new projects. McKay would eventually like to double the number of concerts they give each year at Moody Performance Hall, which is currently about five per season.

DCS patrons may notice something else interesting about their concert experience:  Many of the people in the seats appear to be under the age of 35. “The average age of our audience members is well below the industry average,” McKay says, crediting their product, venue and social concert atmosphere for having a broad base of appeal, especially among millennials.

But smart conductors know that success depends on more than filling seats. It starts with the musicians. “I love creating performances that excite and move people,” McKay says. “Not only for our audiences, but also for our performers, who care so deeply about the quality of and meaning behind their art.”