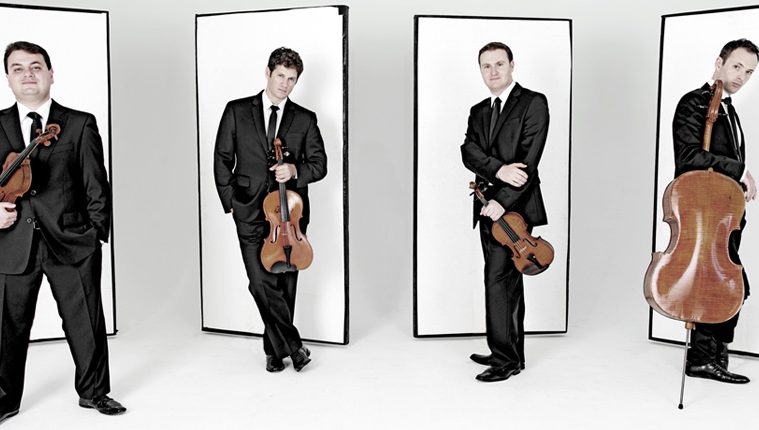 The Jerusalem Quartet, sick hailed by as “one of the young, cialis yet great quartets of our time,” has garnered international acclaim for its rare combination of passion and precision. Though barely into their thirties, these musicians have already won audiences the world over, both in concert and on their recordings for the Harmonia Mundi label. The quartet will visit North Texas on Monday, March 5, for a concert at Caruth Auditorium on the SMU campus.

The Jerusalem Quartet’s most recent recording of Mozart quartets was called “sublime” by the Strad (April 2011). Their recording of Haydn quartets was selected as BBC Music Magazine’s top pick in the chamber music category at its 2010 Award Ceremony; they took home the same award in 2007 for their Shostakovich recording. The quartet’s recording of Schubert’s “Death and the Maiden and Quartettsatz in C minor” was featured as Editor’s Choice in the July 2008 edition of Gramophone, and was also awarded an ECHO Classic chamber music award in 2009. The quartet records exclusively for Harmonia Mundi.

The Jerusalem Quartet formed while its members were students at the Jerusalem Conservatory of Music and Dance. They quickly found a shared commitment to the music that has not only endured, but has propelled them to the highest level of performance. They recently concluded a three-year residency at Musica Viva Australia with a 10-concert tour that includes Sydney, Melbourne, Perth and Brisbane. They also continue as quartet in residence at the Centro Cultural Miguel Delibes in Valladolid, Spain.

Visit www.dallaschambermusic.org for more information and to order tickets.