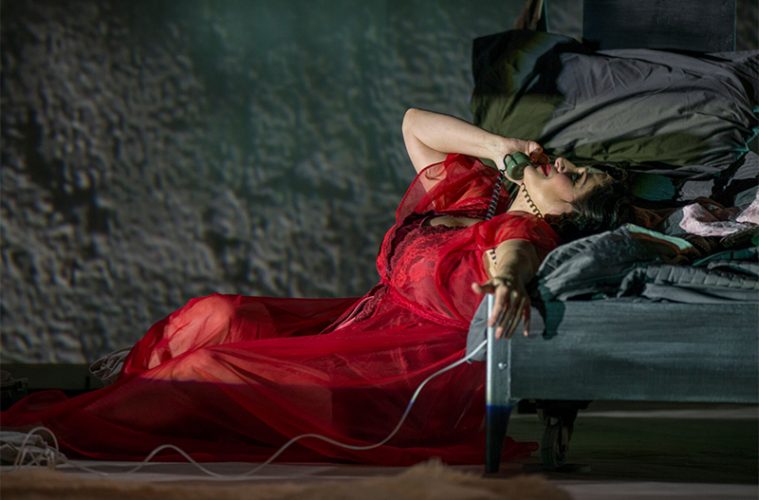 Patricia Racette in the 2016 Chicago Opera Theater production of the one-woman show, La voix humaine by Francis Poulenc, based on a stage play by Jean Cocteau, and directed by Racette. Photo by Michael Brosilow.

The Dallas Opera commemorates a handful of anniversaries next season, and the most notable involves one of your not-so-catchy numbers. When Plácido Domingo headlines a gala concert next March, the longtime opera star will be appearing with the company for the first time since 1961–that is, 58 years ago. How many singers have kept going that long?

The long-ago performances of Lucia di Lammermoor gave Domingo only a secondary role–that of the ill-fated bridegroom Arturo–but they marked the young Mexican’s U.S. debut. “What impressed me most on that first visit to the States was the country’s wealth,” he recalled in his memoir My First Forty Years. 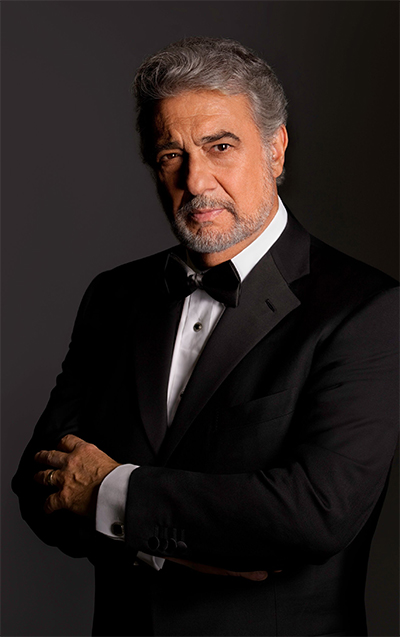 Plácido Domingo returns to The Dallas Opera next season, 58 years after making his U.S. debut with the company. Photo courtesy of the artist.

“Although I did not then understand English, I was amazed by what I saw on television–especially on the quiz shows, where money, furs and cars were given away. It also amazed me that a big car was sent to bring me to the rehearsals, and that even members of the chorus owned cars.”

North Texas’ prosperity helped propel Dallas Opera toward other milestones that general director Ian Derrer looks forward to in 2019-20. “The message, really, is that it’s a season of celebration,” Derrer says

The company will mark its 10th anniversary in the Winspear Opera House– “one of the world’s great opera houses, recognized by many,” he says. The season will bring the fifth installment of the Hart Institute for Women Conductors, the company’s way of enriching the opera world’s talent pool.

Stavinsky’s high-spirited Pulcinella will reunite the company with Dallas Black Dance Theatre. Though Stravinsky created the work as a ballet, this production will give it an operatic spin by bringing its three singers onstage and incorporating them in the action, Derrer says. The other half of the double bill, La Voix Humaine–a monodrama that zeroes in on a woman jilted by her lover–will feature soprano Patricia Racette as both star and stage director. “That’s quite a feat,” Derrer says, “a one-woman show in many ways.” 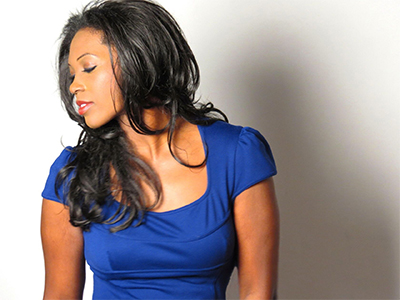 The Golden Cockerel, a fantasy-comedy Dallas Opera last performed in 1973, centers on a bumbling king who receives a magic bird from his court astrologer–and nevertheless meets an ignominious end. Designed by Gary McCann, who drew up the company’s 2015 production of Mark Adamo’s Becoming Santa Claus, the staging will feature “a beautiful, modern sweep of a set that allows for incredible projections,” Derrer says. “It seems very stylized, but also meets the fantastic elements of the story itself. … (It) highlights the eccentricities of the people involved in a very thoughtful and playful way.”

Another rara avis of the opera stage: Verdi’s five-act Don Carlo, a tale of romantic and political intrigue set during the Spanish Inquisition. Complete with a scene of heretics going up in smoke, it demands five commanding principals, additional vivid performers in supporting roles, and a powerful chorus, hence its rarity.

Performing Don Carlo in concert makes it more doable, Derrer says, and Dallas Opera has assembled “a cast I think is going to be the talk of the town.” The group includes Polish baritone Mariusz Kwiecień as the noble-spirited Marquis of Posa and, in her company debut, mezzo-soprano Jamie Barton–a Houston Grand Opera favorite–as the jealous Princess Eboli.

The Magic Flute will open the season in a now-classic production by the late Sir Peter Hall, who said Mozart’s fairy-tale dramedy should have “the metabolism of a child.” Hall’s glowing production is “beautiful and has stood the test of time,” Derrer says. 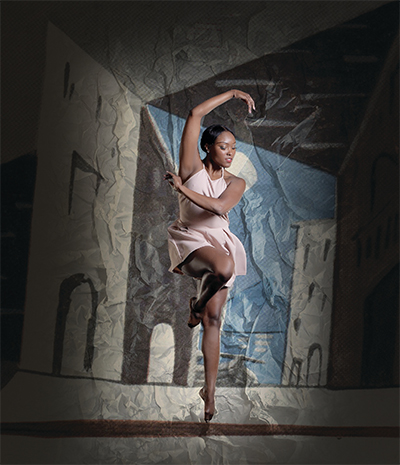 Closing the season, Rossini’s The Barber of Seville will featuring the company debut of South African soprano Pretty Yende as the spitfire Rosina. Thanks to her “radiant voice and radiant personality,” Derrer says, Yende offers “everything you want in Rosina–all the charm and devilishness, matched with exquisite singing.” Baritone Lucas Meachem, who treated Houston Grand Opera’s audiences to an ebullient portrayal of Rossini’s quick-witted barber last season, will join Yende in the comic schemes.

The company will bring a handful of working conductors on the verge of major international careers to Dallas in October for the two-week Hart Institute for Women Conductors. “This is driving home the point of establishing better balance and gender parity on the podium,” Derrer says, and the program’s graduates have begun making the mark. Russian-born Anna Skryleva, who took part in the 2015 institute, this fall becomes general music director of Theatre Magdeburg in Germany; Russian-American Lidiya Yankovskaya, also from 2015, is the music director of Chicago Opera Theater.

“It is so versatile,” he says. “It will take two timeless productions like Barber of Seville and Magic Flute, and they’ll feel intimate and right-sized for the house. And the modernity of the set design of The Golden Cockerel will be a great complement to the modernity of the inside of the Winspear. … It can play both of those worlds with great ease.”