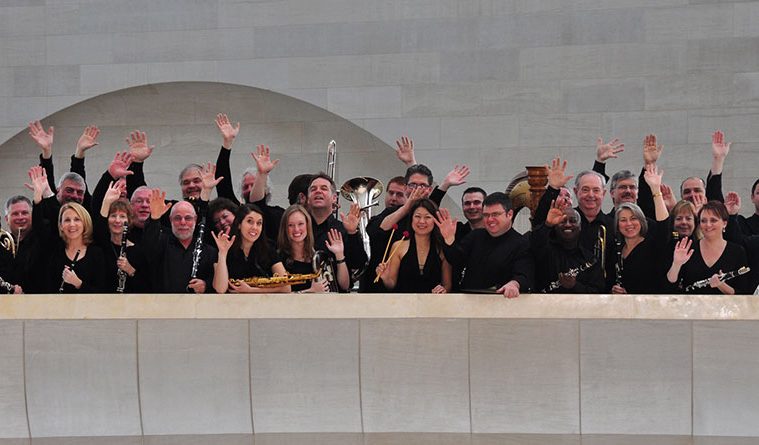 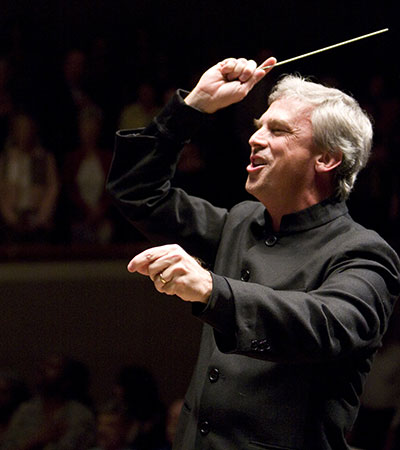 Kim Campbell thinks back to when he freelanced as a trombonist in North Texas orchestras.  Even when the music was going full tilt, he spent much of his time sitting silently, he says, and many of the musicians near him did the same. They weren’t goofing off; they were just obeying what the composers had written. That’s why Campbell’s underutilized colleagues responded so eagerly when he co-founded the Dallas Winds.

“As a woodwind, brass or percussion player, in a symphony orchestra you’re always subservient to the string section,” Campbell says. “You get your moments of glory. But in essence, the string section is the heart and soul of the organization. Then you come into the wind ensemble, and suddenly you’re the star. There are no strings to be subservient to. … So this is an ensemble that appeals to people who really love to play.”

Beginning this Fall, the Dallas Winds celebrate 30 years of letting woodwinds, brasses and percussion savor the spotlight. An anniversary gala featuring wind-ensemble arrangements of Ottorino Respighi’s tone-poem showpieces –Pines of Rome, Fountains of Rome and Roman Festivals – opens the group’s annual concert series at Dallas’ Meyerson Symphony Center on Sept. 15. Grammy-winning composer Eric Whitacre will conduct an evening of his works on March 22. A potpourri of John Williams’ movie scores will cap off the season on April 19, and the ensemble will record Williams’ music for its 23rd compact disc. 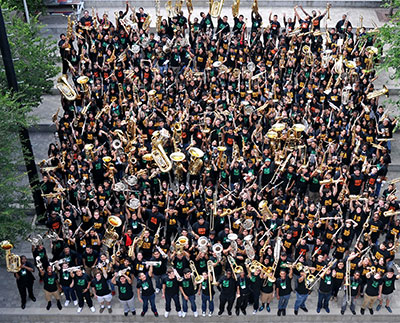 Though works for full orchestra have always hogged the spotlight, composers from Mozart and Beethoven onward also have created works for various combinations of woodwinds, brasses and percussion. Arrangers have helped the groups appropriate reams of works originally for piano, organ, orchestra or other forces. When the Dallas Winds perform Whitacre’s Cloudburst, originally for choir, they’ll give its climax a storminess that voices can’t, artistic director Jerry Junkin says.

“Emphasizing the woodwinds, brass and percussion creates the opportunity for a different set of colors than you would hear at a symphony orchestra concert,” says Junkin, who has led the group since 1988. “If someone goes to a wind ensemble concert, they’ll hear a program they couldn’t hear anywhere else.”

Yet Campbell was thinking only of musicians, not concertgoers, when he helped found the group in summer 1985. In a chance meeting with Howard Dunn, then director of Southern Methodist University’s wind ensemble, the two men cooked up the idea of inviting North Texas professionals to spend Saturday mornings sight-reading the kind of music they grew up playing in concert bands. Even though they’d be doing it just for fun, 46 of Campbell’s buddies and colleagues jumped at the chance. A mere week after Campbell and Dunn’s initial conversation, the group held its first session. The inevitable soon followed. 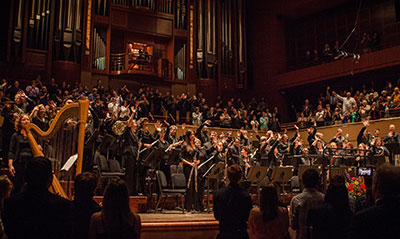 “Like with any group of musicians, some wag raises his hand and says, ‘Let’s do a concert!’” recalls Campbell. So the ensemble debuted in an SMU auditorium on Aug. 18, 1985, playing mainly for the musicians’ girlfriends, friends and parents. The group “was never meant to be what it has become,” Campbell.

Though community bands for amateurs existed nationwide, professional groups were almost unheard-of, Campbell says. Yet he and Dunn, who died in 1991, had found more fertile territory than they realized. Thousands of North Texas young people played in bands, and universities across the region ran vigorous instrumental-music programs. The result: a stream of potential performers and listeners.

“If there wasn’t football in Texas, there probably wouldn’t be the Dallas Winds,” Campbell says with a chuckle. “Texas is arguably the football capital of the world. Because of that, everybody needs a marching band. And in the spring, those bands evolve into concert bands – ensembles that perform onstage. … Year after year, it’s a self-perpetuating machine.” 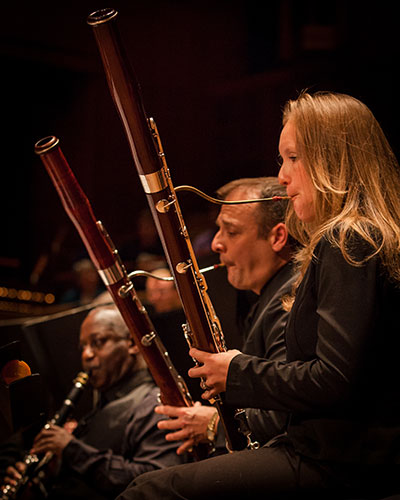 Members and alumni of North Texas bands have become the foundation of Dallas Winds’ audience, enabling it to mount an annual Meyerson series plus a few outdoor concerts celebrating Independence Day. The group played for Queen Elizabeth when she visited Dallas in 1991, and as its reputation in the wind-ensemble world has grown, international festivals have showcased it – most recently July 17, when Dallas Winds played for the World Association of Symphonic Bands and Ensembles in San Jose, Calif. But the group devotes itself mainly to North Texas.

What about the next 30 years? Campbell, who put down his trombone and became executive director, says the group should start working to establish an endowment and build its own rehearsal hall. Junkin sees plenty of room to draw in more concertgoers from North Texas’ legions of present and past band members. 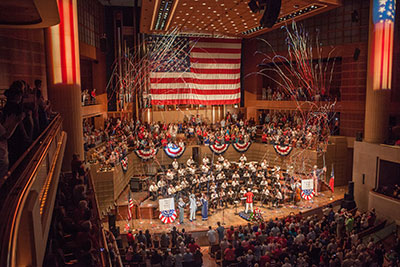 “By helping to keep these kids interested in the band, we’re at least increasing the odds that they’ll go on and stay in school and have a better life,” Campbell says. “We’re not really trying to turn the kids into great musicians, although we do improve their musicianship. … In the band, they learn leadership, esprit de corps, working together. All that translates into better citizens. We have a bigger dream here.”